Use only 3 wires to control an infinite number of 7-segment single digit displays!

Use only 3 wires to control an infinite number of 7-segment single digit displays! 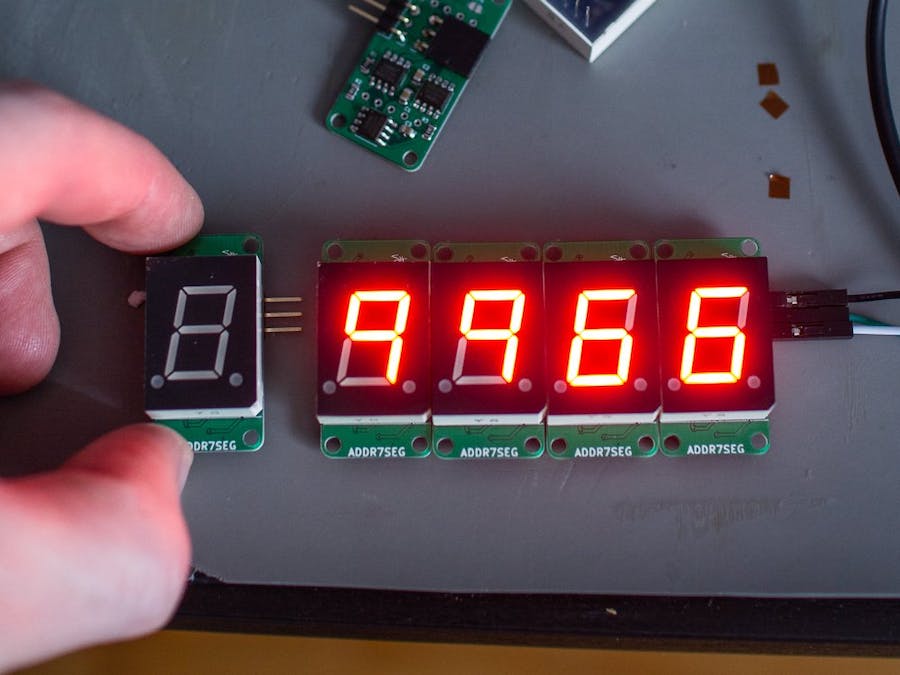 7-segment displays are always fun to use in projects, but they are often more complicated than they let on. Just think, each display, minus the decimal point, is essentially 7 LEDs that you need to control. Without extra logic components, you will need at least 7 outputs from your microcontroller (and 7 resistors), just to get once single digit working. As you add more digits, you will either require more outputs, or start getting fancy with the programming and doing things like multiplexing.

That is why I came up with this addressable 7-segment display.

The way this works is that it uses a IC called the WS2811. Normally this IC is used for controlling the red, green, and blue LEDs in an RGB LED and producing a colour. You will commonly find these in LED strips, and they're useful because you only need a single data line to control (theoretically) thousands of LEDs. Instead of driving an RGB LED, I'm using 3 of the WS2811 to drive the 8 segments of the 7-segment display!

This makes them super simple to daisy chain, control, fade, do all sorts of things!

I wrote a simple Arduino program that utilizes the Adafruit NeoPixel Library - It works well for demonstration purposes, but I would like to (or find someone to) develop a standalone library for these displays. It will make implementing these displays into projects really simple, and increase their re-usability quite well. Let me know if you're interested in creating a library and I will send off some displays to you.

You can find the demo code in the GitHub.

As usual, this project is open source. If you would like to build your own, all of the resources are available in the GitHub. If you would like to purchase some of these displays directly from me(and help support future projects), check out my Web-Store where I am running my own crowdfunding campaign.

If you would like to support me and my open source projects in other ways, consider subscribing to my YouTube channel, and/or becoming a Patron on Patreon.