Introduce kids to programming and gamedev by providing them with a personal, handheld system to execute games of their own creation.

Introduce kids to programming and gamedev by providing them with a personal, handheld system to execute games of their own creation. 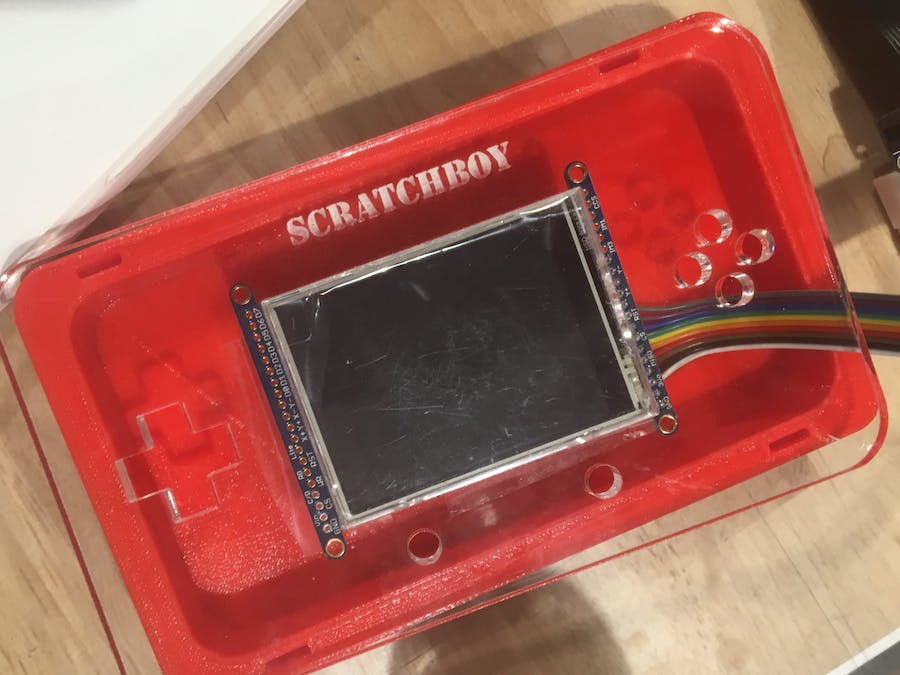 Our story starts with Scratch, the coding language developed in an MIT lab to introduce young people to coding. Building Scratch games allows kids to get excited about coding from a young age, and engage in the ideas of coding without having to work out syntax, complex structure, or debugging. The "aha" moment of Scratch is when a kid plays their game for the first time, and sees for themselves that they can succeed at programming. Our project seeks to take this moment and expand on it.

Over the weekend, we've built The ScratchBoy - a gameboy for Scratch games. The aim of the our project was to build a mobile gaming device that would allow kids to take their Scratch games on the go and play them on a Gameboy style platform. The ScratchBoy is composed of a Raspberry Pi B computer, Adafruit LCD screen, Power Booster, and Battery, and a PCB of our own design and make. The ScratchBoy is housed in a 3D printed PLA case, with clear acrylic front cover and 10 buttons in total, counting four on the D-Pad, four in the A-B-X-Y cluster, and two below the screen.

We think that the ScratchBoy is the next step in getting kids excited about programming. The ScratchBoy will encourage kids to show each other what they've made, enjoy the fruits of their labor, and incentivize making really great programs. In addition, the simplicity and minimalism of the ScratchBoy will have the effect of taking away some of the awe and wonder that young kids feel towards tech devices like smartphones and computers. Kids will be able to play a game on the internet on a handheld device where they can see all of the components, and in future models, potentially assemble the components themselves.