Know if your stove is on or off

Know if your stove is on or off 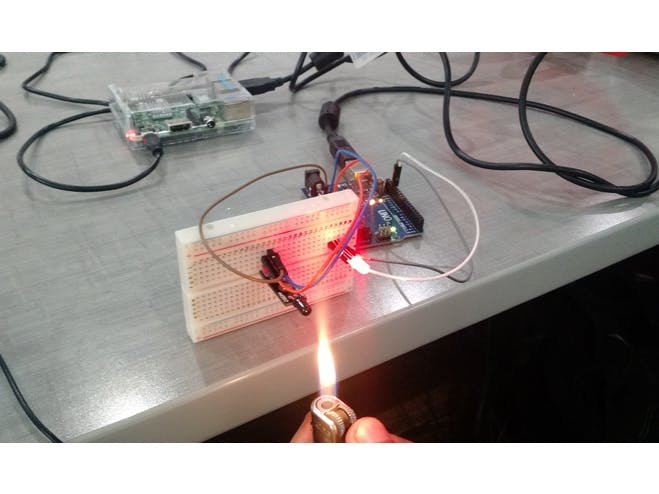 Often, while backing out of our driveway, my parents say "Is the stove off?" They start worrying and it causes them to go back and check, resulting in wasted time. Fires can occur due to unattended stove tops and that's why they should always be turned off when not be attended. I came up with this idea to keep from going back to check and wasting time.

How I built it

Challenges I ran into

Realized that the flame sensor was analog and not digital. Since the Raspberry Pi has no analog output/input pins, I was faced with the challenge of finding a way to connect the sensor. After a while, I got an idea of using the Arduino since it has analog pins. I devised a way to take data of the Arduino and I succeeded.

What's next for Stove-top Flame Detector

A well built app with a database of users so several users can use the product. The app will show the currently status of the Stove-top Flame Detector.