The hobbyist soil moisture sensors I experimented with corroded away very quickly, so I wanted to come up with a DIY robust sensor.

The hobbyist soil moisture sensors I experimented with corroded away very quickly, so I wanted to come up with a DIY robust sensor. 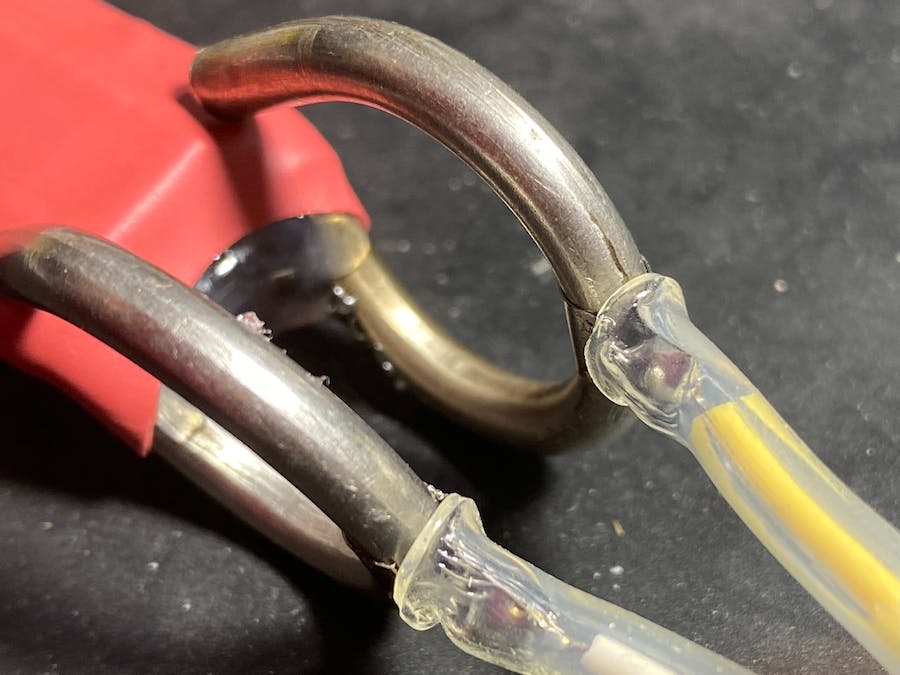 Experimenting with hobbyist garden soil moisture sensors printed on PCB material, I found they corroded away quickly (electrolysis?). I had a look at commercially available more robust solutions but was unsatisfied.

This type of sensor is as simple as an electronic device can possibly be, you can make an immediate equivalent by sticking the two probes from your multimeter into the soil and measuring the resistance. As the soil moisture increases the resistance between the probes decreases. That's it. It's a circuit with one variable resistor which is the soil.

A lot of kits available add a generic LM393 style comparator module to enable analogue and digital outputs. This might be useful for your application, but equally may be unnecessary.

So I was on a search for more robust probes, that would last in the garden indefinitly.

I had some old stainless steel tent pegs hanging around. I initially thought, "how hard can it be to solder or braze on a connection to some hookup wire?" Experimentation showed the answer is that it's pretty hard. I was unsuccessful. I couldn't get enough heat, the right solder, or the right flux, and my attempts were misshapen and not useful.

The project went on to the back burner for a year until recently I bought a spot welding machine for making up battery packs. There's a heap of varieties of these machines and kits out there for every budget. I wondered whether the same technique would be useful for my tent peg probes. If I could spot weld on the same nickel tape that is used in battery packs, I could easily solder hook up wire to those.

Turns out it works a treat.

The current iteration of the probes quickly evolved from there. The steps I followed were:

Next iterations will be adding a suitable microcontroller, battery, and solar panel to get the new probe out into the garden.