I want to play the congas but they are so big and heavy! How can I carry them around - with finger-sized congas, obviously!

I want to play the congas but they are so big and heavy! How can I carry them around - with finger-sized congas, obviously! 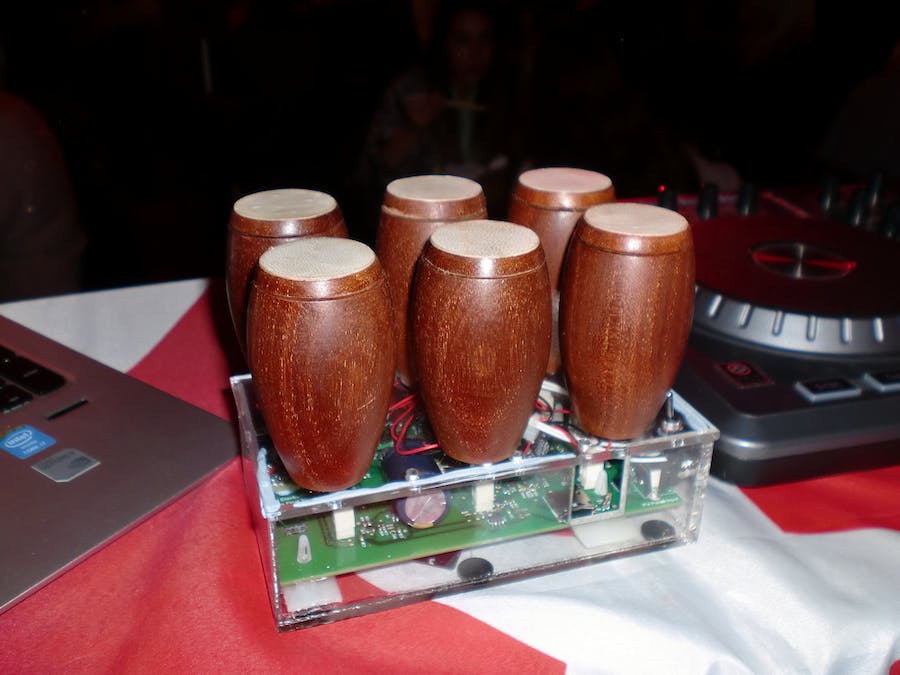 Music is one of the most beautiful things in life, and it has been around human beings since the beginning of civilization, the earliest and largest collection of prehistoric musical instruments was found in China and dates back to between 7000 and 6600 BC. But more impressive than music itself is the ability to make it, been part of a song can take a person into a state which is hard to describe.

This project came out of a necessity, as a Latin DJ much time is spent waiting for the next song; some genres such as Salsa and Bachata are completely made of bands. An analogy for the unfamiliar reader will be to compare a Salsa band with a Rock band, there is a bass, percussion, vocals, pianos and so on. DJ’s are a relatively new breed of musicians/performers that came to happen as a consequence of electronic music such as Techno, House and Dubstep. These genres normally have a much defined 4/4 beat which allows the DJ to mix one tune with another. As the reader can imagine, a Rock or Salsa band doesn’t normally have this beat clearly defined, therefore making it hard for a DJ to mix, simply because of the nature of the music itself. This is where the necessity of an extra “toy” comes from, DJ’s are entertainers, and standing idle is never a good thing for a performer, for this reason adding the ability to play an instrument that can blend well with the music being played can substantially increase the participation of the DJ. Across Latin America there are Clubs that have already implemented this idea although they normally have a percussion band alongside the DJ, this project aims to provide the DJ with a good enough tool to be able to achieve similar results on its own.

The purpose of this project is to create a musical instrument which is normally big and heavy, into a portable and easy to carry device. This is hoped to be achieved by creating a miniature version of the actual instrument that can be played with the fingers. Because of the size, sonic properties that define the Congas will be lost. For this reason an electronic instrument will be designed that can play digital audio files of the required Conga tones without losing the feel a real drum gives, as much as possible. Also a low power/renewable energy approach will be adopted. 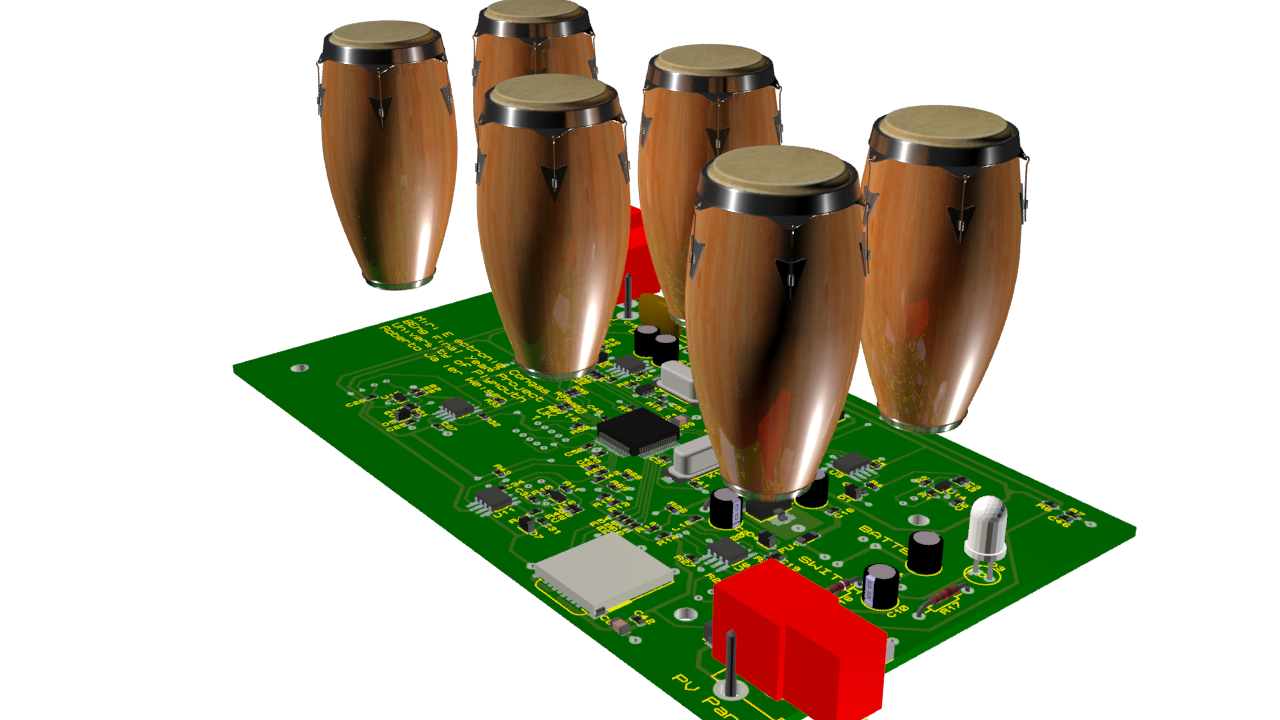