Create a time-lapse device using the small and cheap Raspberry Pi Zero W and a camera. Enjoy it.

Create a time-lapse device using the small and cheap Raspberry Pi Zero W and a camera. Enjoy it. 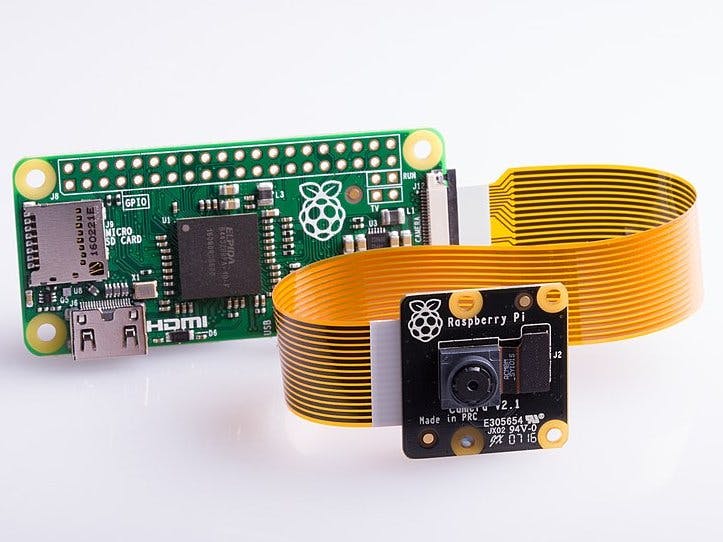 I bought a Raspberry Pi Zero W kits some months ago and I have not had time to work with it. I decided to make an easy project with a camera.

This project will help you to start learning to use a Raspberry Pi and you will see that board as a great tool for your future projects.

We need a Raspberry Pi Zero W kit. That contains all the components that we will need. We also need a camera module.

After writing the image on the micro-sd card, you should insert it in the Raspberry Pi, plug a monitor or TV, keyboard, mouse and turn it on.

You should see the screens that I show you in the next pictures.

Do not worry, you just must wait until the OS installation finish.

You should finish the installation by completing the wizard. It will ask for a password, time zone, configure a wifi network. Make sure to activate the camera, ssh, and VNC interfaces.

After the initial settings, you can access the Raspberry Pi using the VNC remote desktop program.

If you do not have a VNC Viewer, you should download it.

After inserting the credentials you will be inside your Raspberry Pi. If you want, you can unplug the monitor, keyboard, and mouse. You only need your Raspberry connected to your network and you use VNC.

Folder to store the pictures

Let write the code for our script. You will use Python. Open the MU application locate it in the programming section in the main menu. If it asks for the language you should choose Python.

You should replace the path where your pictures will be saved. In my case I use /home/pi/fotos/

You can test the code click on the play bottom. You should wait for 60 seconds after that time checks the folder where you store the pictures. You can change that time if you want.

After that paste the code and save it. You can put the name that you prefer. The extension should be.py.

Run the script at the start

We need our script to start when the Raspberry turns on. For that activity, we will create a file with that instruction.

Open a terminal a write the following commands:

we have created a file call programa.desktop. Now you should write the following inside that file:

Change yournamescript with the name that you put to your script.

To save the changes use ctrl + o and ctrl + x to exit.

Reboot the Raspberry and when it is up, open a terminal and write the following command:

There is another way to take pictures every certain time. I will show you how do it using a shell script and the crontab tool. You can use this way instead write a Python code and configure the autostart execution.

You could write a shell script and save it in the same folder that you create for the pictures.

Open an empty file and write the following:

Save the file putting the extension.sh. After that, you should set execute permission to that script. For that use the following command:

Now you need to configure a task to execute your script every certain time. FOr that propose we will use crontab. Open a terminal window and write the following:

At the end of the file write the following:

That crontab executes your script every one minute. You can change that value by replacing the number one for the number of minutes you prefer.

You have to choose what option you prefer for your time-lapse project. I recommend using one of them.

I hope you enjoy this project as much as I have.

See you in the next project.

11 projects • 6 followers
Electronic is my passion. I like to work with programming devices like Arduino, ESP8266, Raspberry Pi. I enjoy design electronic projects.
ContactContact