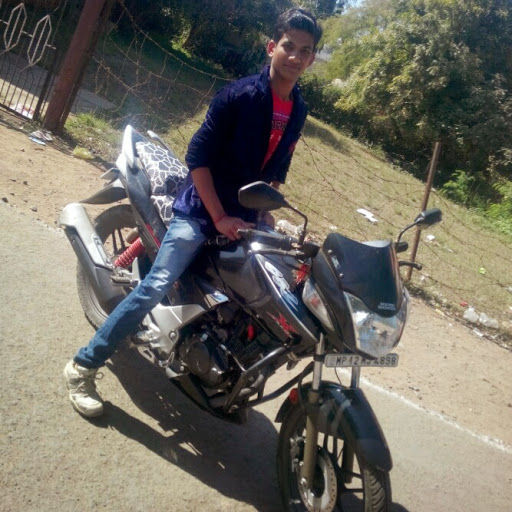 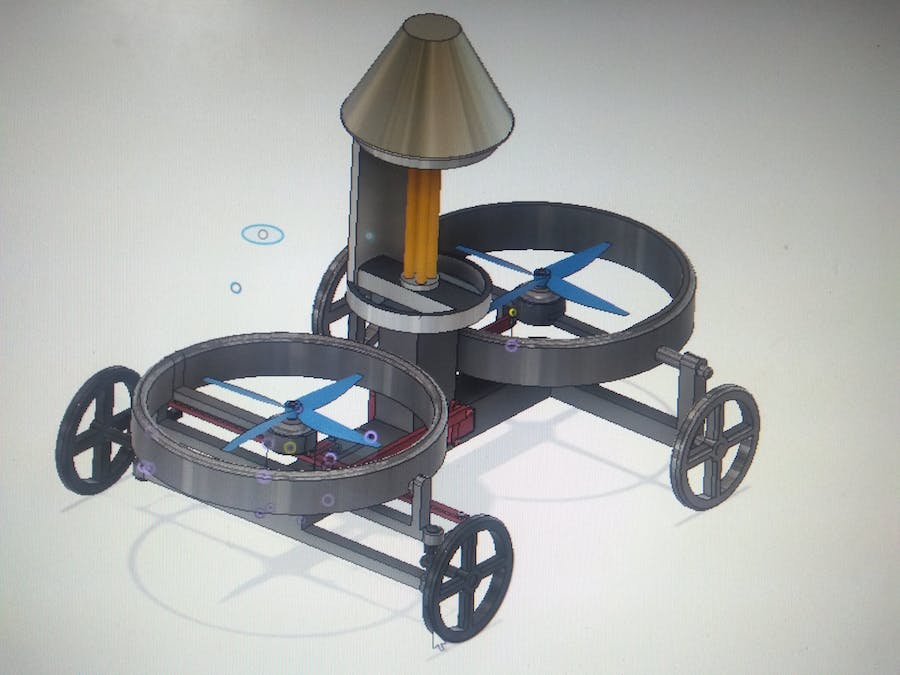 Due to COVID -19 virus pandemic we are forced to find solutions that will help us in Sanitizing the affected areas as due to unavailability of vaccine till now we have to adopt Sanitizing as a Solution and it is risky to employing Human beings to perform sanitizing/disinfecting so here I am building Bi-copter based 4 wheeled robot which when needed can hover or move like a normal robot . The reason for which i consider this robot design is that because of its low cost, high maneuverability & easy to design while mainly normal robots are all only wheeled robot and it can be infected while sanitizing affected area in other words it can be more like a COVID-19 transmitting machine rather than disinfecting machine. So i combined Bi-copter and wheeled robot named as

The robot uses 4 wheeled chasis design ( It will be 3D printed as it will be light-weighted & Strong) which is also designed to fit the two 1000 Kv Brushless Motor in it ( two Brushless Motor can also be installed underneath the Bi-copter if more thrust is needed ) and it will be controlled by the Flight Controller and Jetson Nano for Autonomous Mode & Radio Controller for Manual operation. The wheels are only for the emergency purpose and the whole operation will be done in flight mode as it will enable it to cover the whole ground area as well as walls of the room which was not possible by a ground based robot.

3D-Design of the Proposed BI-COBOT

The working of the robot is divided into two parts:

In Red Color Servo Motors will change the orientation/angle of the Brushless Motor leading to foward and backward motion
UV light is shown in yellow color and servo motor is demonstrated in red & movable circular reflector in Silver color.

The reason for using Aluminium foil as a reflector is that UV light ( In commercially available UV light UVC is used which has wavelength of 100-280 nm )is absorbed to an extend by the the mirror ( Because of Amorphous nature of Mirror, at atomic level the particles of Silica or Silicon-dioxide is arranged in irregular pattern which results in un-neccessary deflection and absorbtion of low wavelength light) that only about 60-70% gets reflected so i used Aluminium foil from which i will get better results as compared to mirror.

Working Of The Safety Feature:

We also have to keep in mind that the exposure of UVC Light to Human beings or any other living beings is harmful since as discussed above it also has the capacity to destroy Human Cells So for this I designed an A.I. based Smart Person Detector which when detect a Human Being will automatically send a signal to the Microcontroller(Arduino Pro-Mini) which when being recieved a HIGH input from the Jetson Nano will shut down the Power of UV Light with the help of a Relay ( we assumed that a person will enter in the room by the door not window or other source & this custom object tracking in this case door will be achieved by NVIDIA Transfer Learning Toolkit )

Steps to track people on camera :

OpenCV is the open source computer vision library, and it's super powerful.we'll install it through Anaconda. I assume that you have already installed anaconda for python 3.X.Add the following packages to anaconda: opencv numpy matplotlib

Reading from your webcam is easy with OpenCV, just write the following script and run it with python:

You should see a window pop up with the image from your webcam:

This method is trained to detect pedestrians, which are human mostly standing up, and fully visible

With this Code the BI-COBOT will be able to turn OFF the UV Lights whenever a person is detected while disinfecting the area.

12 projects • 2 followers
ContactContact
Thanks to Joop Brokking and Paul Mchwhorter.