This is a guide to enable the communication between a Raspberry Pi and the NXP FMUK66 flight controller using MAVLink.

Connecting the NXP FMUK66 to a Raspberry Pi via Serial

Connecting the NXP FMUK66 to a Raspberry Pi via Serial

This is a guide to enable the communication between a Raspberry Pi and the NXP FMUK66 flight controller using MAVLink. 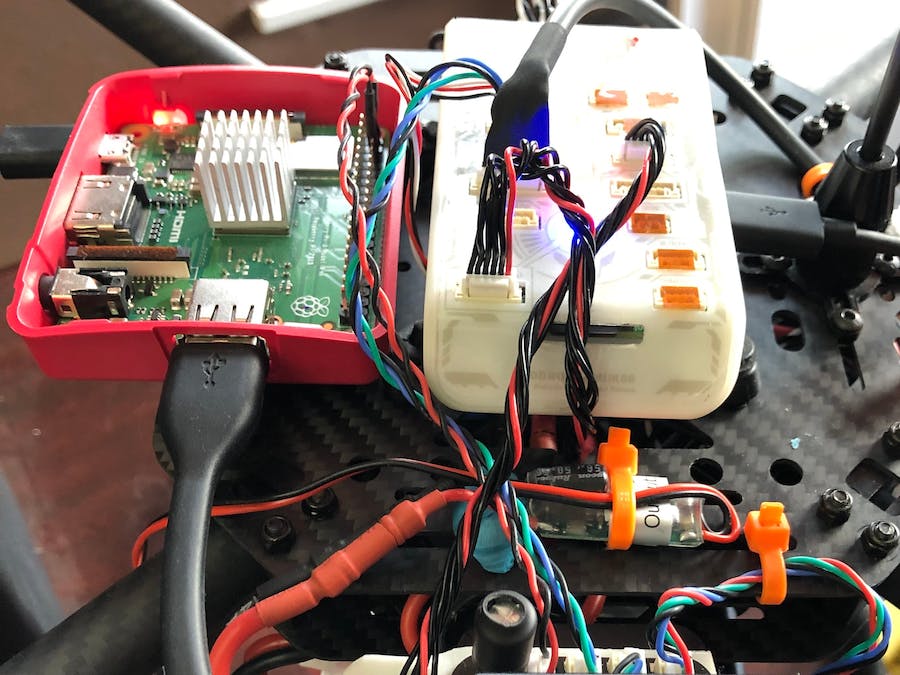 Some guides show the Raspberry Pi (RPi) being powered by the flight controller. However, to be safe, you’ll need a BEC to power the RPi.

DON’T CONNECT Tx to Tx and/or Rx to Rx.

Did you see that Pixhawk/RPi post where they did that? I did. It’s bad. because reasons: https://elinux.org/RPi_Serial_Connection#H.2FW_considerations

1. Configuring the serial on the RPi

We’re going to build this on the RPi. You might be able to cross compile and have it work however I was not able to.

Now we’re going to build the “backend” that will be needed by MAVSDK-Python becasue as far as I'm concerned c++ is c+=1. If you follow the instructions the configuration(?) will fail and you’ll cry so do this instead:

Take note, the file mavsdk_server that you will need for MAVSDK-Python is in the totally obvious directory: MAVSDK/build/default/src/backend/src/

If you just see it hang at Waiting for drone to connect... then a bad thing happed somewhere... Sorry :/

Goodnight you Princes of Maine, you Kings of New England!

The RPi Zero W uses armv6 and has issues with libatomic which is why I added the `-latomic’ flags for the MAVSDK build. For other RPi with armv7 + this might not be needed.

The RPi 3 A+ does not have enough memory to build MAVSDK which I didn’t realize until just now. I use a free USB port on my RPi and a low profile flash drive to make a large swap file which solves memory issues. (https://askubuntu.com/questions/173676/how-to-make-a-usb-stick-swap-disk 1)