It's a security feature for Arduino. User is required to input the unlock pattern before remotely controlling/monitoring Arduino.

It's a security feature for Arduino. User is required to input the unlock pattern before remotely controlling/monitoring Arduino.

If you are beginner, I recommend reading the following tutorials:

You may be familiar with the unlock pattern when you access your phone. Now this feature is available on Arduino. It prevents the unauthorized people from controlling/monitoring Arduino.

User can freely re-use the code in this project for other application. For the sake of simplicity, I takes the servo motor controlling as an example.

This idea originates from two project, which is written for PHPoC platform:

I adapt them for Arduino.

In this project, I used PHPoC WiFi Shield to connect Arduino to Internet because:

When user draw their pattern on web browser, the pattern is mapped to a string. This pattern string is sent to Arduino through WebSocket (via PHPoC Shield).

When Arduino receives the input pattern string, it will compare the received string with hard-coded pattern string in Arduino. If they are matched, Arduino sends the ACCEPTED code back to client (Web browser) and sets the authenticated variable to true. Otherwise, Arduino sends the DENIED code to client and set the authenticated variable to false.

When Arduino receives a control command from user, it will check the value of the authenticated variable first. If the value is true, It performs the task corresponding with command. If the value is false, It sends the DENIED code to client.

A timeout is set. After a period of time, if user does not have any activity, the authentication is expired, user needs to input pattern again to unlock Arduino.

What We Need to Do

If you are looking for an Arduino kit, see The Best Arduino Kit for Beginners 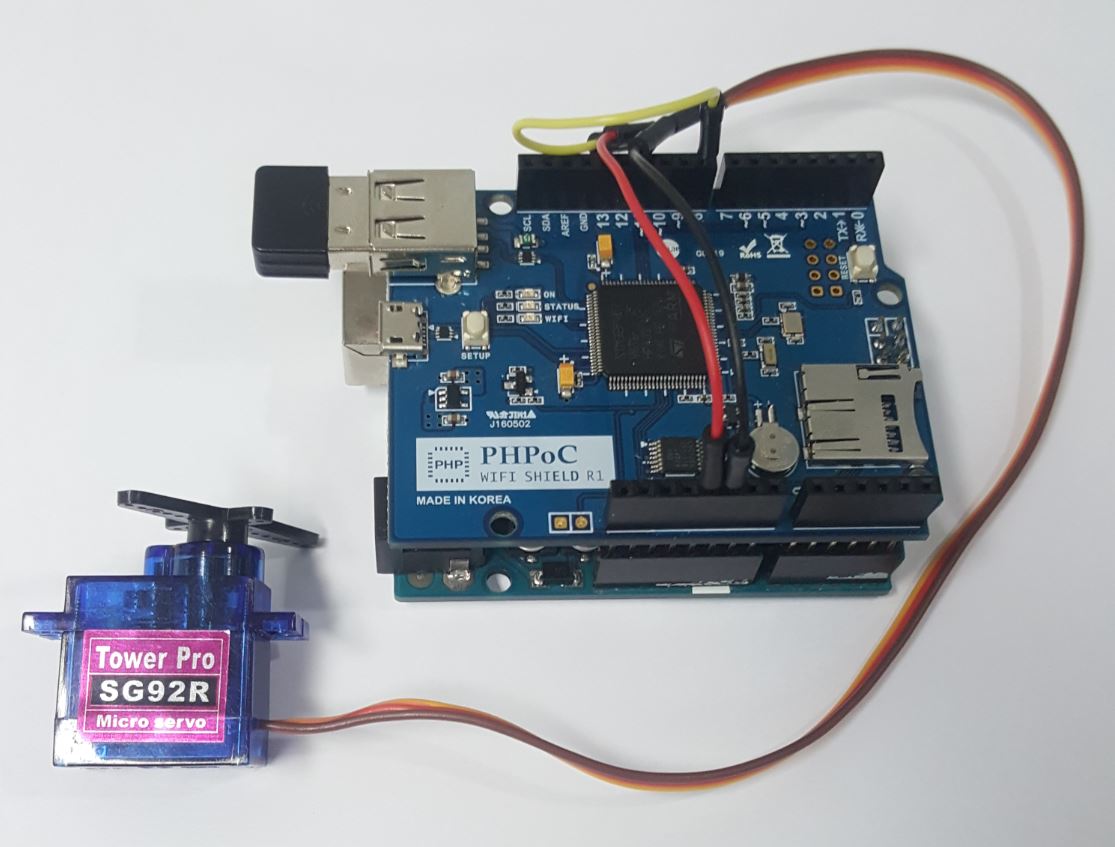