Connect an ESP32 to a TFT-screen using SPI. The TFT uses an ST7735 controller chip.

Connect an ESP32 to a TFT-screen using SPI. The TFT uses an ST7735 controller chip. 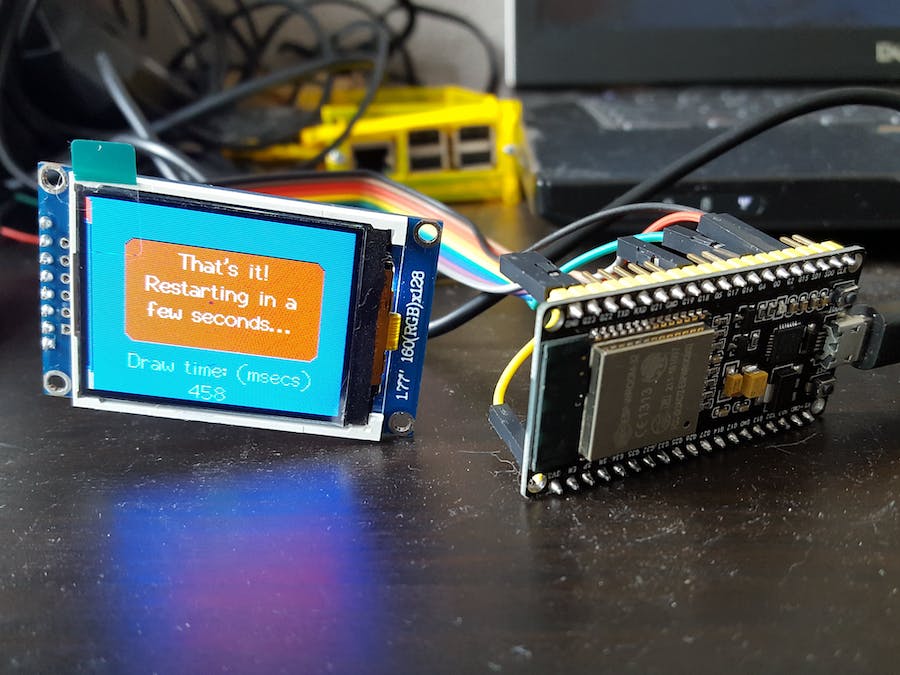 I've bought on AliExpress a cheap 1.77 color display module. Getting it to work on an Arduino was straight forward. But the Arduino is slow. I also got it working on an Esp8266, which was also straight forward. However getting it to work on an ESP32 was a little harder. I've tried several libraries, e.g. AdaFruit and UcgLib. These didn't work. After some investigations the SPI speed was too high for the display. I tried to change the libs to reduce the speed. I didn't work either.

So I left the project a few weeks and I started again. I searched for all possible libraries for ST7735 and ESP32. I found some and there was one I manged to get to work.

The library can be found at Github: https://github.com/Bodmer/TFT_eSPI.git

After tweaking the user_setup.h file I managed to get it to work.The settings that ware important to change was to change the ST7735 defines. Default I choose the first. This one didn't work. I reduce SPI speed, which had no effect either. Than after some changes and tweaking connections and setting I finally worked. The ST7735 defines all work except the first one with my TFT-screen. I reset all to default and the SPI-speed and it kept working. It works at a 27 MHz speed, which leave me with 450 ms for the 11 test pages. If I increase the speed to the next value of 40 MHz I see errors in the display. So 27 MHz is max for me.

I also checked all other ST7735 defines, and for my TFT the ST7735_GREENTAB3 showed the correct colors. The other values show the wrong colors, but gave an image.