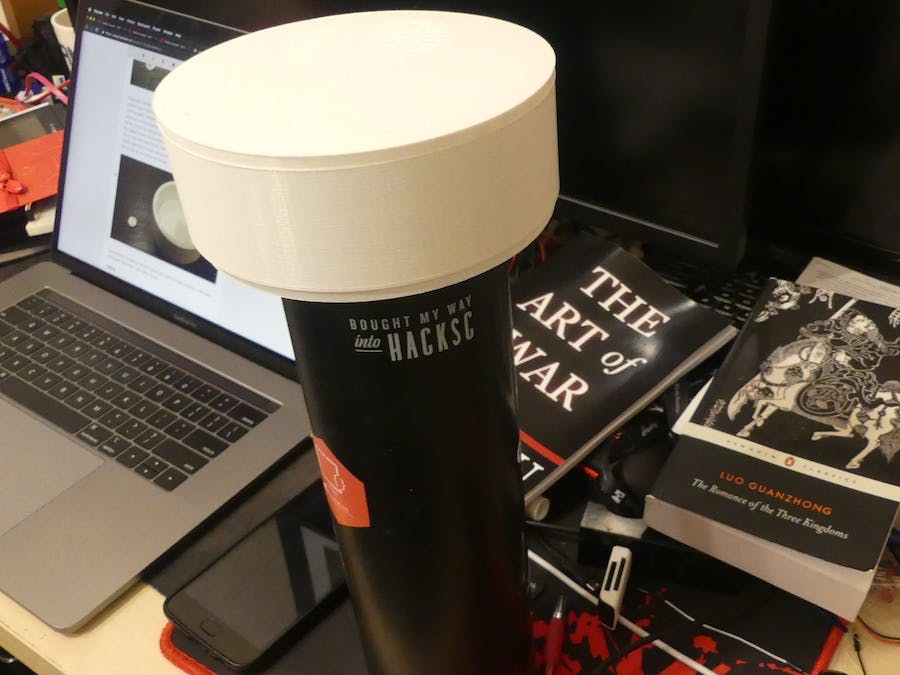 Even in the modern world, floods continue to be one of the most common and most destructive natural disasters. Collectively, they are responsible for billions of dollars in damages annually and often claim thousands of lives. River flooding, in particular, is widespread and devastating, causing large losses of property, economic stability, and human life.

As global temperatures continue to increase due to climate change, flooding will become increasingly more frequent and deadly. A 2014 New York Times report estimates that one out of every forty people will be living in a flood-prone area by the end of the century if current climate trends continue. However, those affected by rising water levels are located disproportionately in poorer South and East Asian nations, such as Vietnam and Bangladesh. 9 out of 10 nations named “most at-risk” are in the report are in this region. Despite recent developments of advanced levees and warning systems, such nations are unable to implement such solutions due to financial or environmental barriers. Death tolls, injuries, and damages due to flooding will continue to increase if the problem of flooding is left unresolved.

To help alleviate the destructive effects of floods, we propose nowo’s ark: an inexpensive device aimed at flood-prone countries for warning people about rising water levels before floods strike.

In developing this device, our research primarily focused on uncovering why flooding remains such a destructive force in South and East Asia in particular. We identified this area as especially vulnerable to floods but were unsure as to why current solutions have failed to address the issue. Our goal was to answer this question in order to guarantee the applicability and usefulness of nowo’s ark where more common approaches have failed.

During our research, we saw certain solutions coming up again and again. Some are listed below alongside their flaws. We do not include programs such as flood insurance, as such programs do not prevent damage or are unavailable in most regions.

Throughout the course of our research, we realized that the array of issues with existing solutions essentially boils down to two factors: time to deploy and cost of the solution. We eventually decided to work off of current monitoring system designs. Because of the problems we have found above, we focused on minimizing cost while also maximizing the number of people we can reach.

Our team hopes that our project, nowo’s ark, will be widely used and help minimize loss due to flooding globally. It will be anchored by river banks such that it is partially submerged under normal conditions. The device itself will be enclosed in an ABS plastic pipe which will act as an enclosure for electronics inside. We plan to use an Arduino, which will be triggered by a floating disc on the water’s surface below. Upon activation, the microcontroller will use an included GSM SIM to ping a central server. From that point, our server can process received information before alerting residents via a more accessible method of communication: the SMS text messages.

Because minimizing cost is central to our design, we have opted for an almost entirely plastic chassis, with the Arduino as the most expensive component at under $10. The entire electronics of the project could be found in a simple Elegoo Starter Kit. The device remains dormant until water level rises, so battery consumption is not an issue. These choices will make manufacturing and deployment easier in areas previously unreached by existing solutions.

While researching datasets, we noticed a particularly interesting one on flood data. We noticed there were many floods in the United States but relatively few deaths and displacements as a result of them. In contrast, we noticed that many Southeast Asian countries had about the same number of floods but a much higher number of deaths and displacements as a result of them. Through more thorough research, we found that a big reason why is because of the lack of accessible warning systems. Also, we named it because of our obsession with owo and uwu.

The ABS pipes we bought at Lowe's

At HackSC, we had a limited amount of time to develop a working prototype. We had an Elegoo Starter Kit with us which contained a variety of buttons and wires for us to quickly prototype with. I quickly designed a simple disk with Autodesk Inventor that would function as the button presser. Because of the density of PLA and our infill settings, the disk would float on water. As water levels rise due to flooding, the disk would float up with the water level and contact the button. With increasing water pressure, the disk would activate the button. Using the Qualcomm Dragonboard 410C and the Arduino from our Elegoo Starter Kit, the Arduino would write to the serial indicating a button press. Since the Dragonboard is connected to the Internet, it would send a HTTP request over to a serverless compute instance on Cloudflare. This serverless compute instance would then contact the Twilio API to send messages to all affected residents of the flood. Overall, the price of the entire flood sensor would cost less than $15.

Finally, we overheard many people jokingly remark owo and uwu at USC. I felt a strong urge to utilize these important words into our project and thus, nowo’s ark was born.

For those unfamiliar, nowo’s ark is a pun on the Noah’s ark story from the Bible and owo.

One of the biggest issues about our HackSC project was the lack of enclosures. If there was a flood, then there must be rain. Water could seep into the electronics easily as the electronics were only strapped on using electrical tape. I designed a few enclosures to ensure that rain would be less likely to destroy our electronics.

Another issue is with flood water. How could the flood water enter the contraption when the ABS tube was completely covered? To fix this problem, I simply drilled 8 holes around the tube. Water would enter through those holes and cause the disk to rise.

An issue during the demos at HackSC was the disk falling out as we were transporting the device. I placed sticks into four of the holes drilled earlier. This way, the disk would not fall out of the device.

Originally, I wanted the electronics to be clipped and hanging from some 3D printed clips. However, this idea was scrapped as I ran out of time in making them work properly. Instead, I created a support layer which would contain the electronics in the flood detector. There are two hooks along the side to hook onto the lid. The lid is a simple cylinder with a lip and two holes cut out for the hooks of the support layer. To securely attach the lid, I could simply align the holes and hooks and then twist the lid. Now the lid cannot fall off the support. In the future, I might implement a screw design which would be even more secure, but I created this simple lid as a proof of concept.

Unfortunately, I made the lid and support too small to fit the Arduino’s USB cable and power. Next time, I will make it larger.

This is a clip for the electronics. Two of them are intended to hold up the Arduino. This is not being implemented into the project because I realized it was a dumb idea 30 minutes after printing them out. The current way I am using to hold the electronics in place is with a copious supply of electrical tape.

This is the disk that floats up to contact the button. It is less dense than water because of infill settings. I tested its density by tossing the disk into a bathtub.

This is the support. It supports the Arduino through a lot of electrical tape. Notice the two hooks.

This is the lid. Notice the two holes.

The Arduino code is also quite simple. It does a timer check to ensure there is no web server spamming. If this was deployed into production, I would change this to the flood detector only detects a single button press and turns off.

On the Linux board side, we use pyserial to communicate with the Arduino. An infinite loop is established which would attempt to read the Arduino serial. If a flood was detected, an HTTP request is sent to our server which will log flood data and warn residents of an impending flood.

Our server is set up on Google Cloud because it is easy to use, stable, and easily scalable.

Hosting an instance is easy. We used Google Cloud’s App Engine, which supports Node.js and handy tools and configurations out-of-the-box.

Using the web command-line interface (CLI), we cloned the server code from GitHub. Keep in mind that the public code is missing the vital secrets.js (this file contains private database and API keys) and app.yaml (which will be created in the next step).

There are a few steps left before the server is fully deployed. First, some dependencies for the server are required. Luckily, Node.js’s package manager, npm, makes this step trivial; typing in the command npm install is all that’s needed assuming Node.js is properly installed.

Next, each app on Google Cloud requires an app.yaml file specifying what is deployed. With any command-line text editor (e.g. vim, nano, emacs, etc.), create app.yaml in the same directory. This file tells Google Cloud to use Node.js. Below are the contents of the file:

Finally, create a secrets.js with your Twilio credentials. This file must export a JSON object with three fields: authToken, number, and id. It is required for SMS texting to be functional.

After running gcloud app deploy and agreeing to the prompts, Google Cloud will automatically deploy the application after a couple of minutes.

To deploy the actual device itself, one just needs the Arduino IDE. Plug in the cable from your Elegoo kit and hit the upload button (the arrow button).

On your Linux board, clone the repository. Open controller.py and replace the /dev/ttyACM0 on line 8 with the port associated with your Arduino. This line establishes a serial connection between the computer and the Arduino.

It is the highlighted line. Also replace the next line with the URL from Google Cloud (or whatever web server you deployed the Node app on).

We retrieve live data from the server and stream it into an OmniSci instance. OmniSci provides an easy way to visualize collected data on a map. Below shows an example with historical flood data that we have collected from a study by the University of Colorado, Boulder:

A map of flood data in the world

We followed this tutorial to enable our server to act as a data source for the map. As each sensor is triggered, it is added to the heatmap as an event. Visualizing this data makes flood activity much more obvious, so assessing where to place the sensors is easier. Furthermore, this data collected from our sensors can be used by other institutions to more accurately pinpoint flood activity.

Nunez, C. (2019, April 04). How floods happen and the damage they cause. Retrieved from https://www.nationalgeographic.com/environment/natural-disasters/floods/

Water Levels of Rivers and Lakes. (n.d.). Retrieved May 24, 2019, from http://rivergages.mvr.usace.army.mil/WaterControl/datamining2.cfm

Thank you to Jaiveer Singh for a similar idea to this back in freshman year of high school.

Elegoo was kind enough to send us a few free kits to use on this project. Please check out their products! They're really high quality and inexpensive. 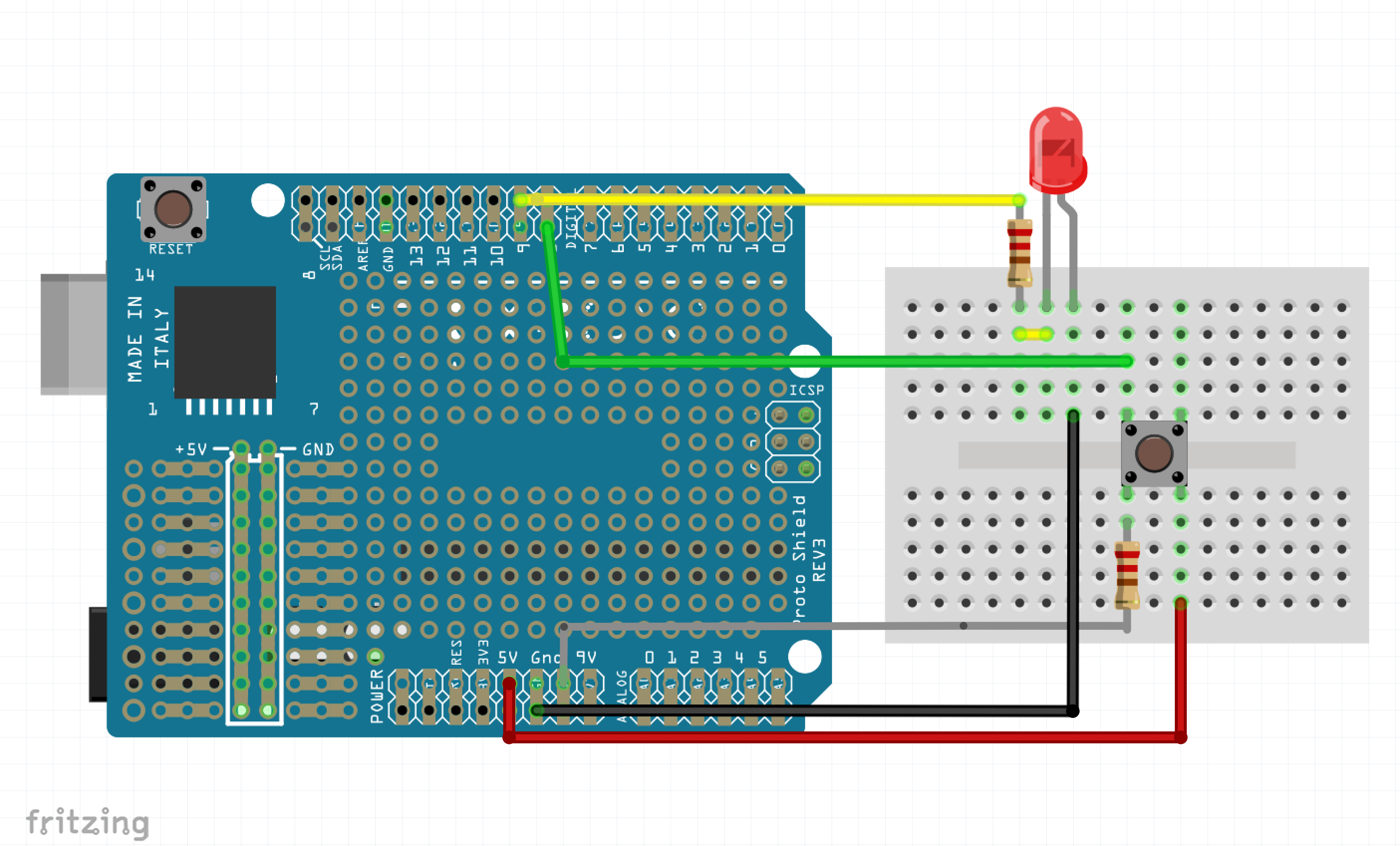