C64 Watch is a smartwatch inspired by the Commodore 64 that runs BASIC.

C64 Watch is a smartwatch inspired by the Commodore 64 that runs BASIC. 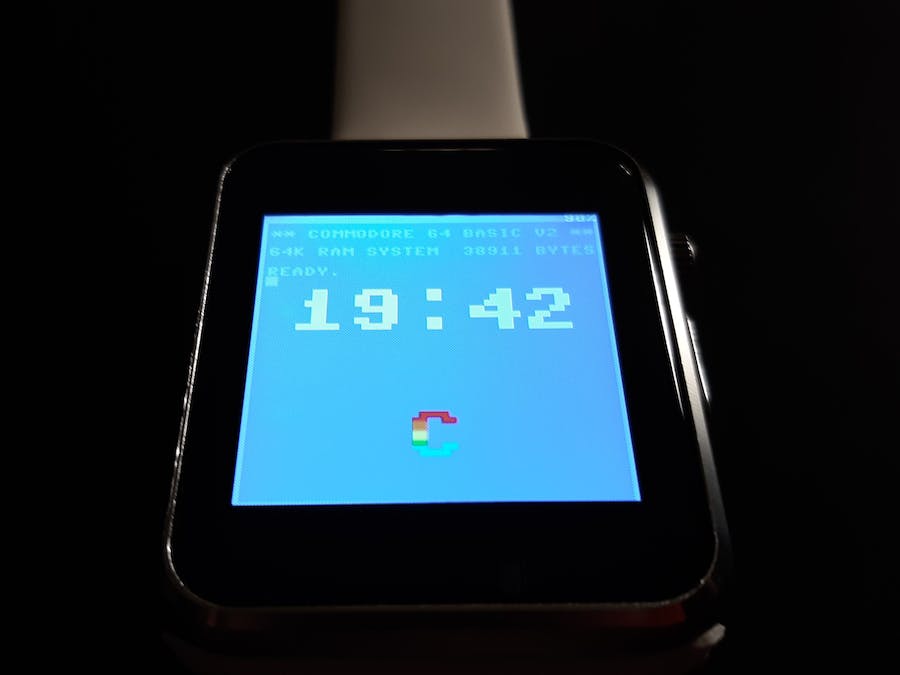 C64 Watch is a customized T-Watch 2020 that was inspired by the Commodore 64 computer. It features a C64 theme and a built-in BASIC interpreter.

I've had a T-Watch 2020 for about a year and haven't found any pre-built software for it that appeals to me, so it has mostly gone unused. I recently took the time to build the software that I want for the watch so that I can start wearing it daily, and the result is C64 Watch.

It has a C64 theme and an authentic-looking font. There is a BASIC interpreter that runs on-device. It is a version of TinyBasic Plus that I modified to work on the T-Watch. Initially, I built it with a slide-out on-screen keyboard, but it was such an awful experience with the tiny screen, that I decided to interact with it via a serial terminal. By plugging the watch into a computer via USB and firing up a terminal, then tapping on the BASIC menu option, you can interact with the interpreter in real time.

I'd definitely like to build more features in the future. I'm thinking about adding an emulator so that I can play C64 games on the watch. It should also be possible to ditch the USB cable and interact with the BASIC interpreter over WiFi via a web page without too much trouble. I hope other Commodore fans that like C64 Watch will also contribute new features.

Unfortunately it is difficult to take good pictures of displays such as this one, so it doesn't really capture how nice it looks in person.

39 projects • 230 followers
R&D, creativity, and building the next big thing you never knew you wanted are my specialties.
ContactContact