Tired of getting your garden destroyed by hail storms? I was, so I did something about it... maker style!

Tired of getting your garden destroyed by hail storms? I was, so I did something about it... maker style! 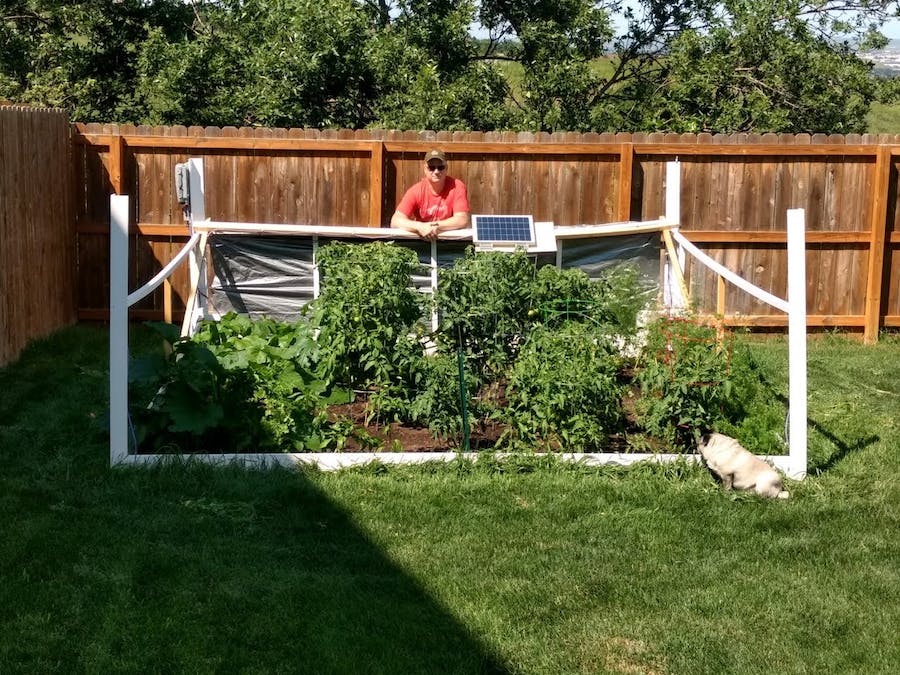 I live in a part of the country where hail and severe weather are common place during the summer months. I was getting frustrated every year when my wife's garden was get demolished by the nightly hail storms losing our entire haul of vegetable goodies!

I decided to do something about it. I threw together a quick solution using a couple linear actuators bolted onto a frame I built around the garden (approximately 12ft x 12ft garden). The linear actuators would pull a heavy duty tarp over the garden when a storm was approaching. Here is a quick view of the roof in action:

I threw in a BMP280 temp/pressure sensor for good measure.

I actually planned to use a bunch of soil moisture sensors and rain detection sensors to report more status of the garden/weather but ran out of time before the storm season arrived. Version 2 of this will also incorporate an automatic watering system by recirculating rain water by pumping water out of a bucket through sprinkler hosing attached to the roof crossbar. Big dreams...

Software control of the garden was accomplished by using a Raspberry Pi and MQTT to communicate via Adafruit IO to reach the mobile app on my phone:

The MQTT app on my phone

The whole system was powered by a 12V Marine deep cycle battery. I kept it charged by using a solar panel. I also wanted to measure power to make sure I had enough current to drive the actuators and to verify battery status. I used a current sensor to keep an eye on it and reported it through the app.

I needed a way to determine the status of the roof (open, closed, or unknown) and also a way to turn on/off the linear actuators when the roof cross bar was in its final open or closed position. Otherwise, they would tear the frame apart.

I solved this problem by using 4 limiter switches, one on each of the four corners, to detect when the cross bar would be triggering (resting on) each of the switches.