What if we use our surrounding environment as a technology canvas?

What if we use our surrounding environment as a technology canvas? 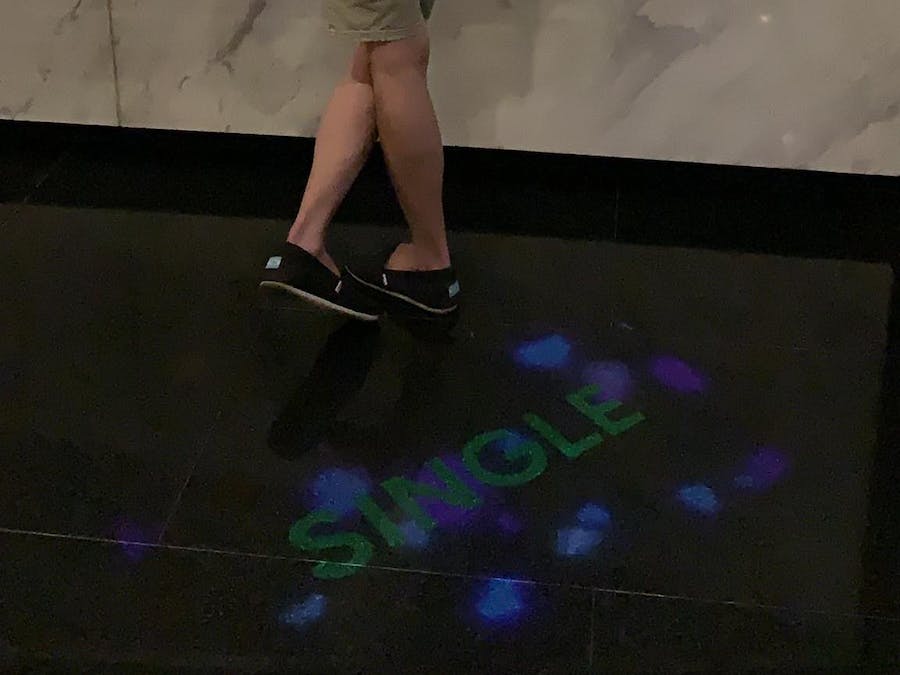 The idea of this project has been on my mind for a while. The question of what if we can use our environment as a technology canvas motivates me to start experiment with this project. Luckily today we have an amazing device such as Raspberry Pi to use as a brain of the system. Prusa 3D printer also helping me to make the prototype enclosure that connects with each other.

The first idea after finishing all of the hardware parts is to do some projection about Social distancing. Here is the result

Maybe Next video I will walk in the shopping mall. Could be fun :)

The second idea is to use this as a body decoration. Since I was young every time I play an online game when a character reaches a really high level there is some kind of aura appearing under their feet. Someway somehow I really this in my real life. Here is my really first graphic prototype to test the color and the floor surface. So nothing much for now. Will keep update later on :)

Above is what have I accomplish for now.

- Will use it in a pub with an "I am single" projection. Let's see if it working or not. Wish me luck :)

- I will integrate Arduino with several sensors to this system. I am much more comfortable with the Arduino platform. Will figure sent those serial data to Raspberry Pi later on. Could be fun :)

Utilized the motion graphic as a warning sign at night.

Hope this could help me on this valentine. LOL LOL LOL

Credit my girlfriend to help me taking photos and videos. :)

11 projects • 70 followers
Natthakit Kangsadansenanon is an artist from Thailand. He is interested in incorporating the digital technologies into the existing objects.
ContactContact