How to Drive Nokia Tiny LCDs

How to Drive Nokia Tiny LCDs

This LCD needs a board-to-board connector which I removed from Nokia's PCB. The transaction line for my LCD is a 9-bit SPI which has no transmit line and only receives the data or command from the host.

The host (controller, driver or etc.) that I have used is an ATMega8A microcontroller.

I wanted to use my WiCard module to driving it but unfortunately, my WiCard module has not been impressive for anyone so far and I don't understand why. My dream about WiCard has turned to a nightmare.

Anyway, ATMega8A has a 8-bit SPI feature, not a 9-bit, so I have used the I/Os directly instead of the internal SPI module.

Here's my circuit on a breadboard:

Here's the pinout of my LCD:

When Reset# pin is low, that means LCD is in reset state and doesn't accept the command and data.

When CS# is low, the LCD will accept the commands/data.

For the initialization I sent these commands and data first:

This is the source code example for the GIF cover image of the project. 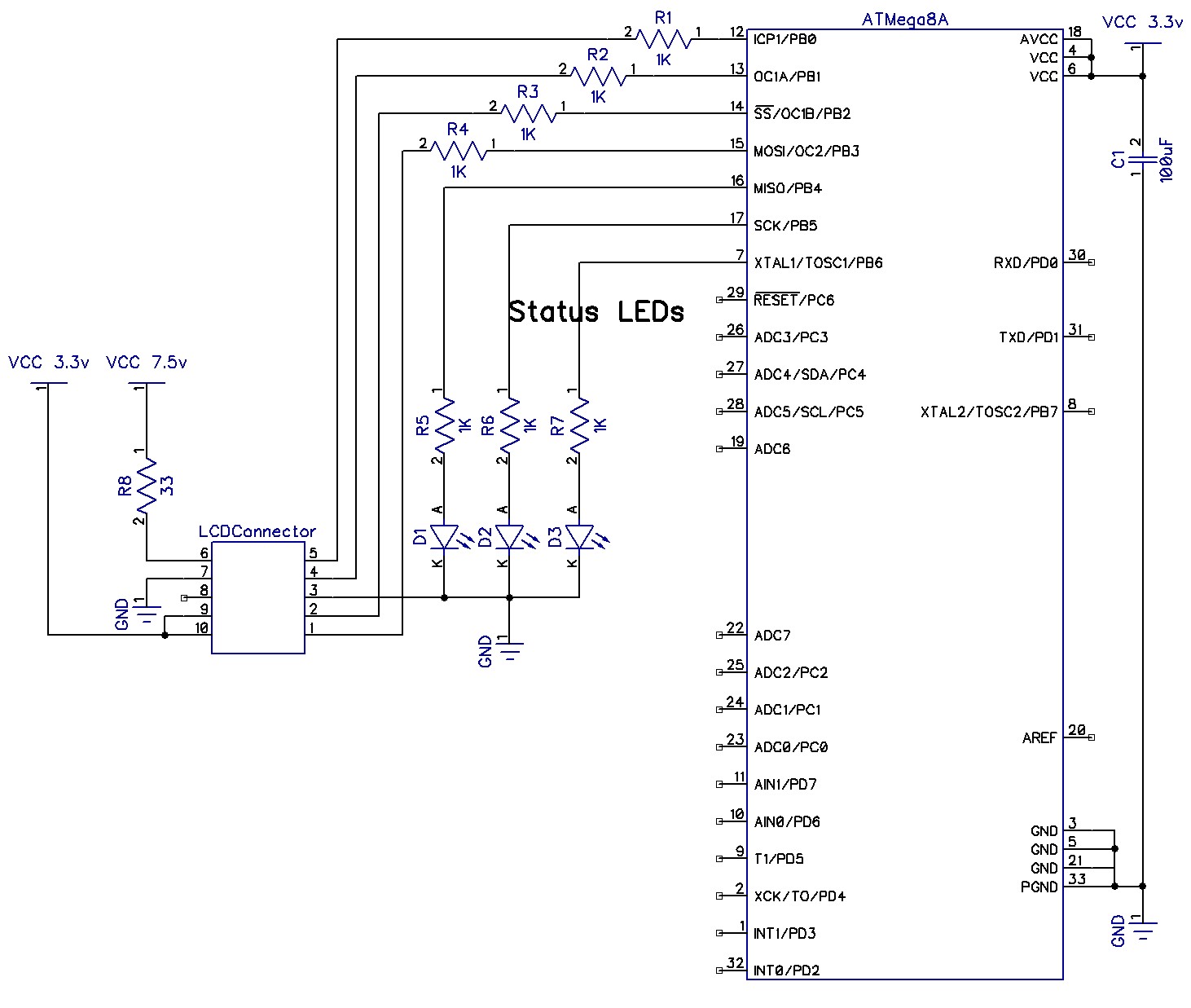