This article shows you what is inside of a simple CMOS/TTL logic IC like a D. Latch flip-flop.

How to Design a D. Latch Flip-Flop Chip

How to Design a D. Latch Flip-Flop Chip

This article shows you what is inside of a simple CMOS/TTL logic IC like a D. Latch flip-flop. 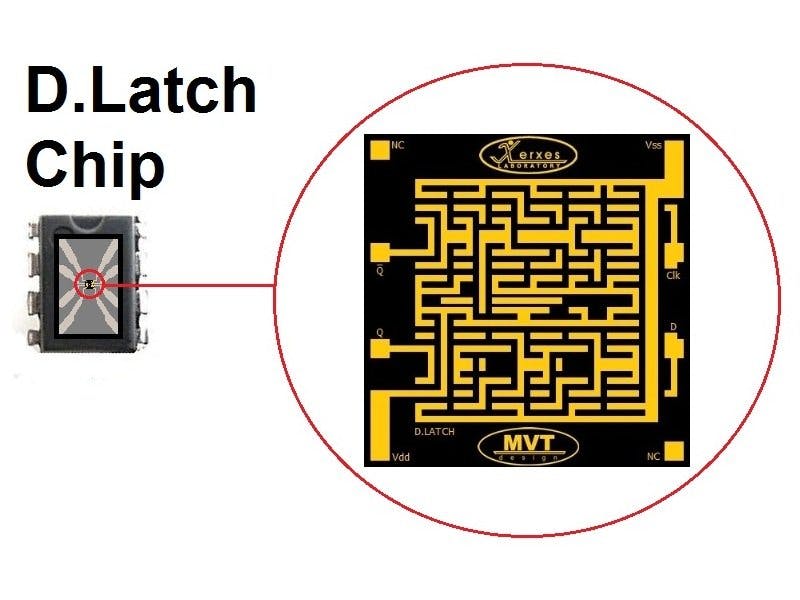 The D. Latch that I had designed on a paper is a bit different than usual schematics. When I designed it, I was only 20 and designed it by reading some articles about digital gates and integrated circuits design.

In that time I was really interested in CPU designing (and still I am), it was a good start but only just. Sometimes I don't believe that it had designed by me when I was only 20, because everything exactly on it's place, even I noticed to MOSFETs "substrates connections".

Right now I've noticed that the outputs and inputs are buffered and in usual D. Latches they used 26 MOSFETs, but I've used 24 MOSFETs.

I considered 3 main layers for the chip. On every layers some tracks and P and N materials must be implanted and etched.

This is a P-Type wafer and the main substrate for the N-Channel MOSFETs:

The first step is implanting N-Type substrate inside of the P-Type wafer:

N-Type Substrate inside of the P-Type wafer

The second step is implanting Active P-Type (P+) semiconductors on the chip:

The third step is implanting Active N-Type (N+) semiconductors on the chip:

The fourth step is etching the Oxides on the MOSFETs gate:

Now, 24 MOSFETs has been implanted on the chip.

The fifth step is covering the chip with a "Dielectric layer":

The seventh step is covering the bottom layer with another dielectric layer:

And the eighth step is etching the tracks and input/output pins on the chip: 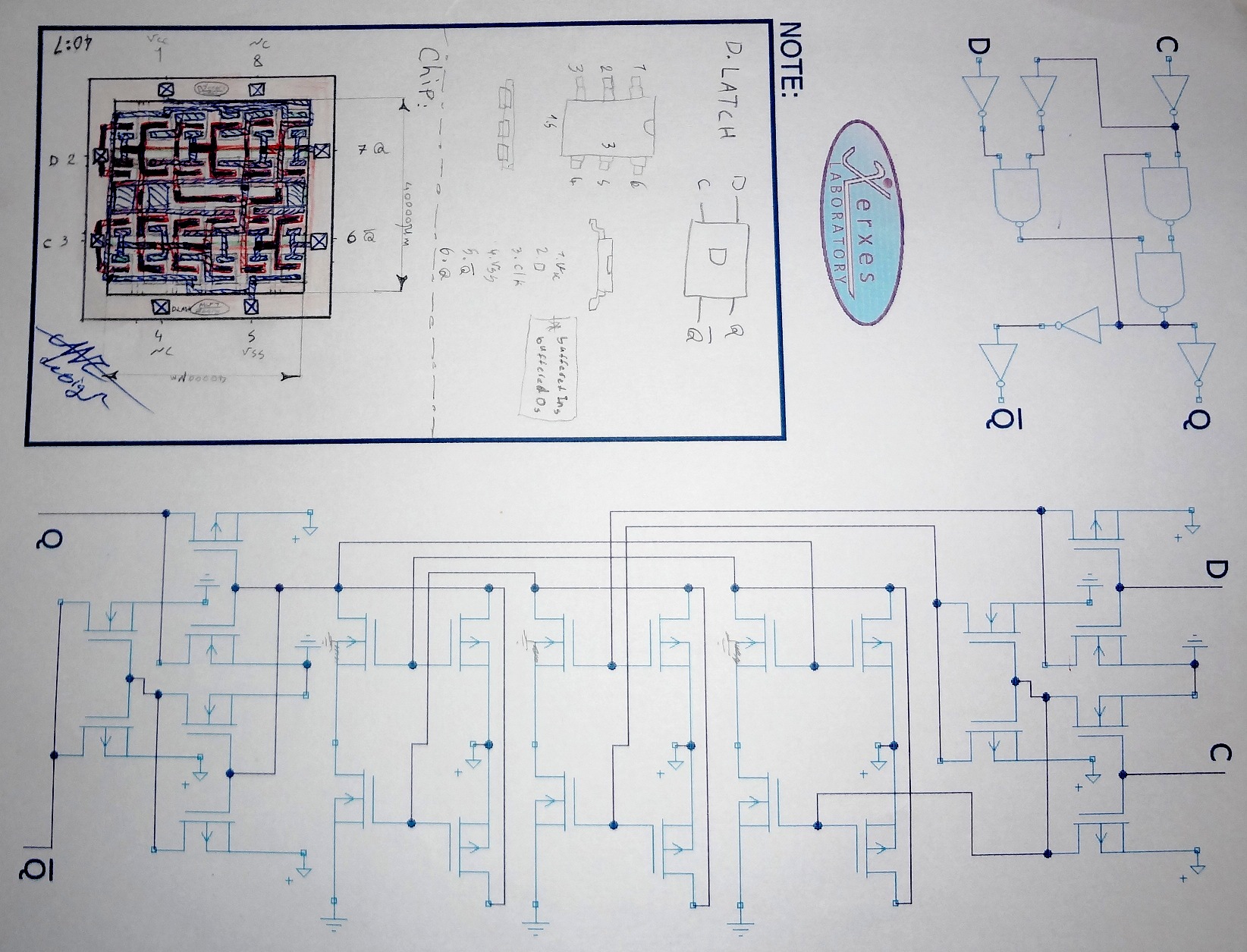