Make a lock box for an escape room adventure at home!

Make a lock box for an escape room adventure at home! 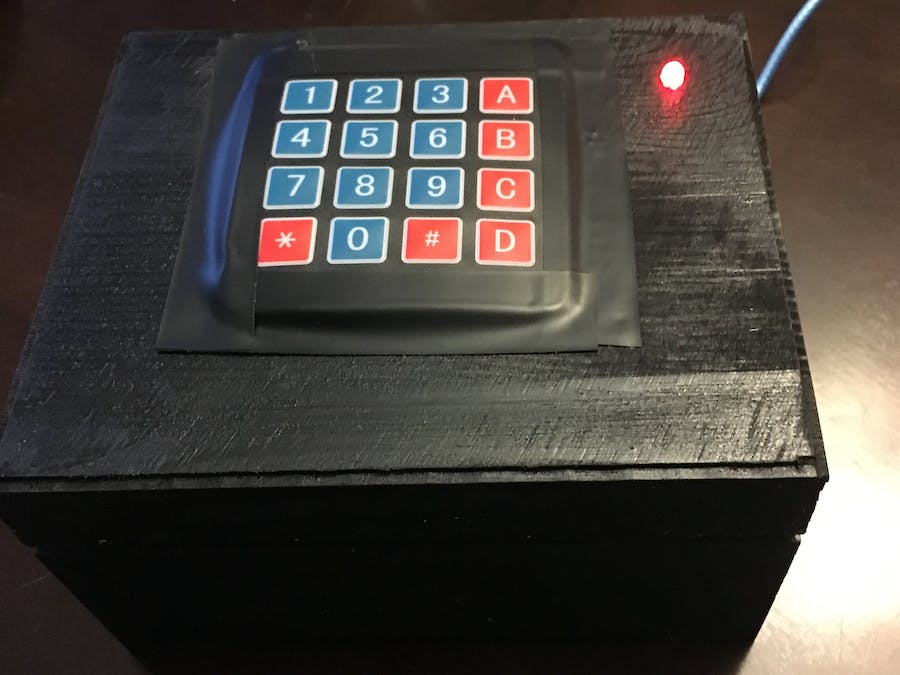 My friends and I absolutely love escape rooms. We thought it'd be really cool if we did one at someone's house and built our own props. So, I came up with a very simple lock box that contained a physical key to a keypad once cracked.

Here's a video of it:

There's a secret code that the user must figure out. In our scenario, it required someone converting characters found on a picture of a helicopter to decimal. When the user puts in the right code, the servo moves to the open position, the LED goes off, and the box can be open. If a user puts in the wrong code, the LED will blink three times - you can also push the "C" button to clear the input and start over. Hope this inspires some fun projects - here's how to build it!

I used an ESP8266 board for this project for three reasons: I had an extra one laying around, it had all of the right pins to avoid using a breadboard, and had an easy power supply. You could do this project easily with several other boards. For the rest of the materials, you can find them on places like Amazon.

The servo setup is super sloppy but I was in a race against time. I took two loose pieces of wood and screwed one into the bottom of the box to support one arm of the servo. The other was a very small piece of wood that is held together with...push pins (ran out of small screws and it was the eleventh hour). I then took two small screws to secure the arms of the servo. This is not an elegant way to do this but it works.

I took the clasp from the outside of the box and screwed it into the inside of top of the box. The closed position of the servo is snug against it as shown in the video. When the correct code is input, the servo moves to the open position.

There's a small hole in the back for the USB cable to power the board.