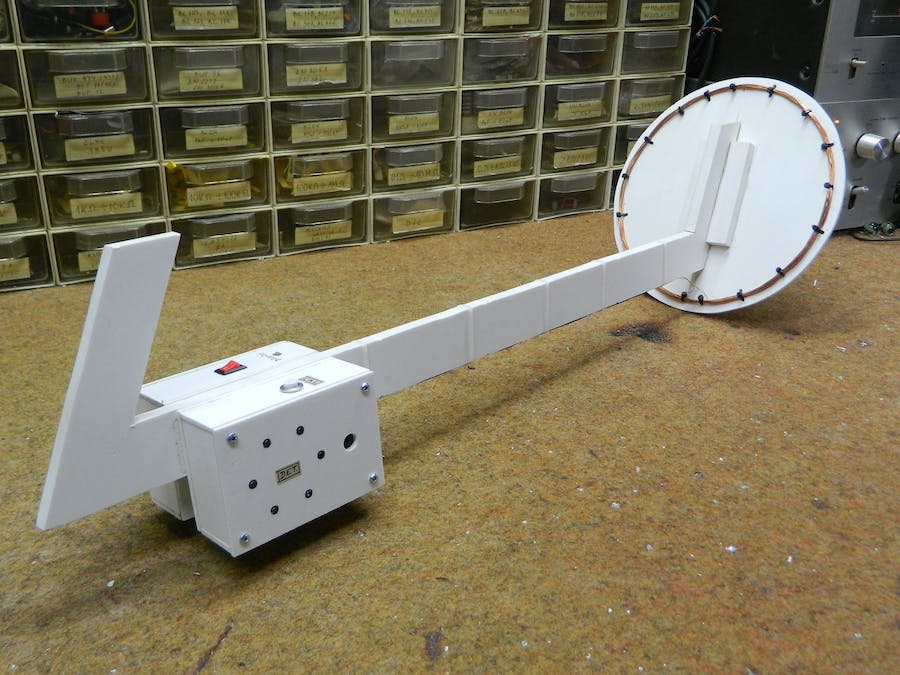 This is a modified version of the well-known Russian pulse induction metal detector called "PIRAT", this time made with the help of Arduino Nano, which greatly simplifies its production.

Pulse Induction (PI) Metal detector use a single coil as both transmitter and receiver. This technology sends powerful, short bursts (pulses) of current through a coil of wire. Each pulse generates a brief magnetic field. When the pulse ends, the magnetic field reverses polarity and collapses very suddenly, resulting in a sharp electrical spike. This spike lasts a few microseconds and causes another current to run through the coil. This current is called the reflected pulse and is extremely short, lasting only about 30 microseconds. Another pulse is then sent and the process repeats. If a piece of metal comes inside the range of the magnetic field lines, the receive coil can detect a change in both amplitude and phase of the received signal. The amount of amplitude change and phase change is an indication for the size and distance of the metal, and can also be used to discriminate between ferrous and non-ferrous metals.

The device is very simple and easy to make and contains several components:

- And Leds and Buzzer for indication

I presented a similar metal detector in one of my previous videos but it used a smartphone as an indicator and needed to be calibrated very often. Unlike it, this is a standalone device that self-calibrates by resetting the Arduino. Two lithium ion batteries connected in series are used to power the device. This time the detector is much easier to operate because it contains light and sound indication. Approaching the object increases the frequency and intensity of the LED. The search coil has a diameter of 20 cm and contains 25 turns of insulated copper wire with a cross section of 0.3 -0.5 mm square. 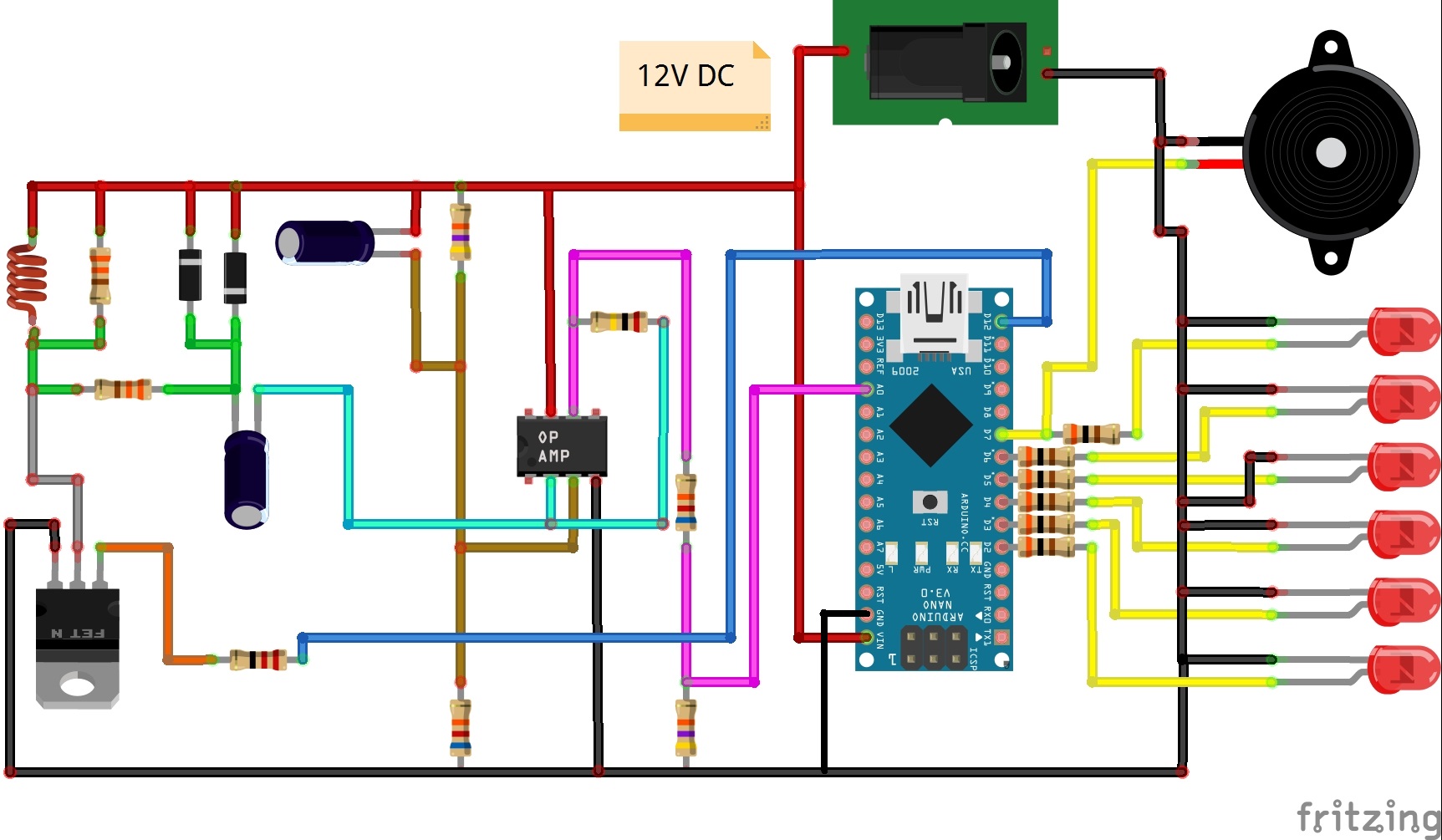