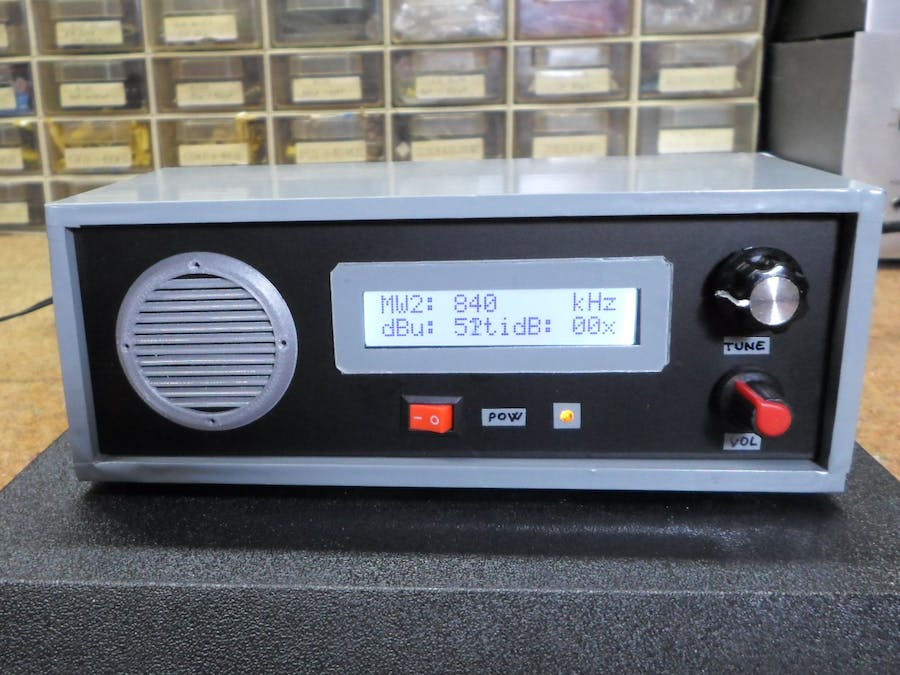 When you mention Arduino radio, you always think of modern FM radio (88-108 MHz in Europe). The LW, MW and SW band cover the range from 0.2 to 30 MHz. SW is especially interesting. Radio waves in the shortwave band can be reflected or refracted from a layer of electrically charged atoms in the atmosphere called the ionosphere. Thus shortwave radio can be used for very long distance communication, sometimes entire continents or beyond.

Below I will present to you the development of a radio that covers all the bands mentioned above. The "heart" of this radio is Si4730 IC from Silicon Labs which can be purchased from AliExpress in the form of a small development board for a few dollars.

This board is controlled by an Arduino using the I2C protocol. The code is written by Julio C. Rosa, and is based on the Si4735-I2C-R4 library given below along with the code and scheme. Although the manufacturer says that this chip (Si4730) it is only for AM / FM, it actually works in SW too. For audio output I use mini digital amplifier board 2*3W PAM8403 Class D which is very cheap and functional.

The device is assembled in a suitable housing and represents a complete small World Band radio. Otherwise I live on the ground floor in a relatively densely populated area and use a ten meter long antenna, so the reception is pretty weak, but still comparable to commercial quality pocket radios I own.

And lastly to mention that this chip is used by many well-known brands of portable radios such as TECSUN, DEGEN, SANGEAN and others.