The device presented is marble maze game that is controlled using a smartphone via Bluetooth connection.

The device presented is marble maze game that is controlled using a smartphone via Bluetooth connection. 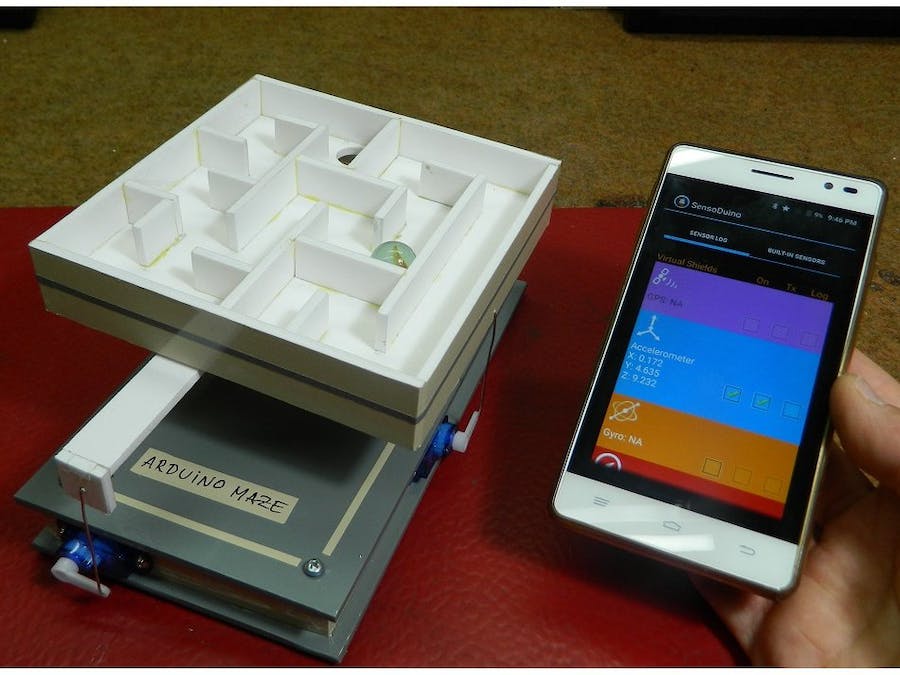 The device presented above in the video represents marble maze game that is controlled using a smartphone via Bluetooth connection.

The device consists of two parts. The first is the Arduino part where the servo motors are controlled and the second part where the signals generated by the accelerometer are sent via the Android smartphone. It consist few components:

The application to be installed on the smartphone is: "Sensoduino" from Hazim Bitar, and the.APK file is given below. Tilt and pan signals from the accelerometer are converted into motion by the corresponding servo motors.

First we need to connect the Bluetooth adapter. Next we need to start the program on the smartphone and select the accelerometer from the given sensors. Now we can start playing. In the continuation of the video is presented the method of making. You can create the maze on one of the online generators, for example at "mazegenerator.net". Finally, the device is made of 3mm PVC board coated with colored wallpaper. 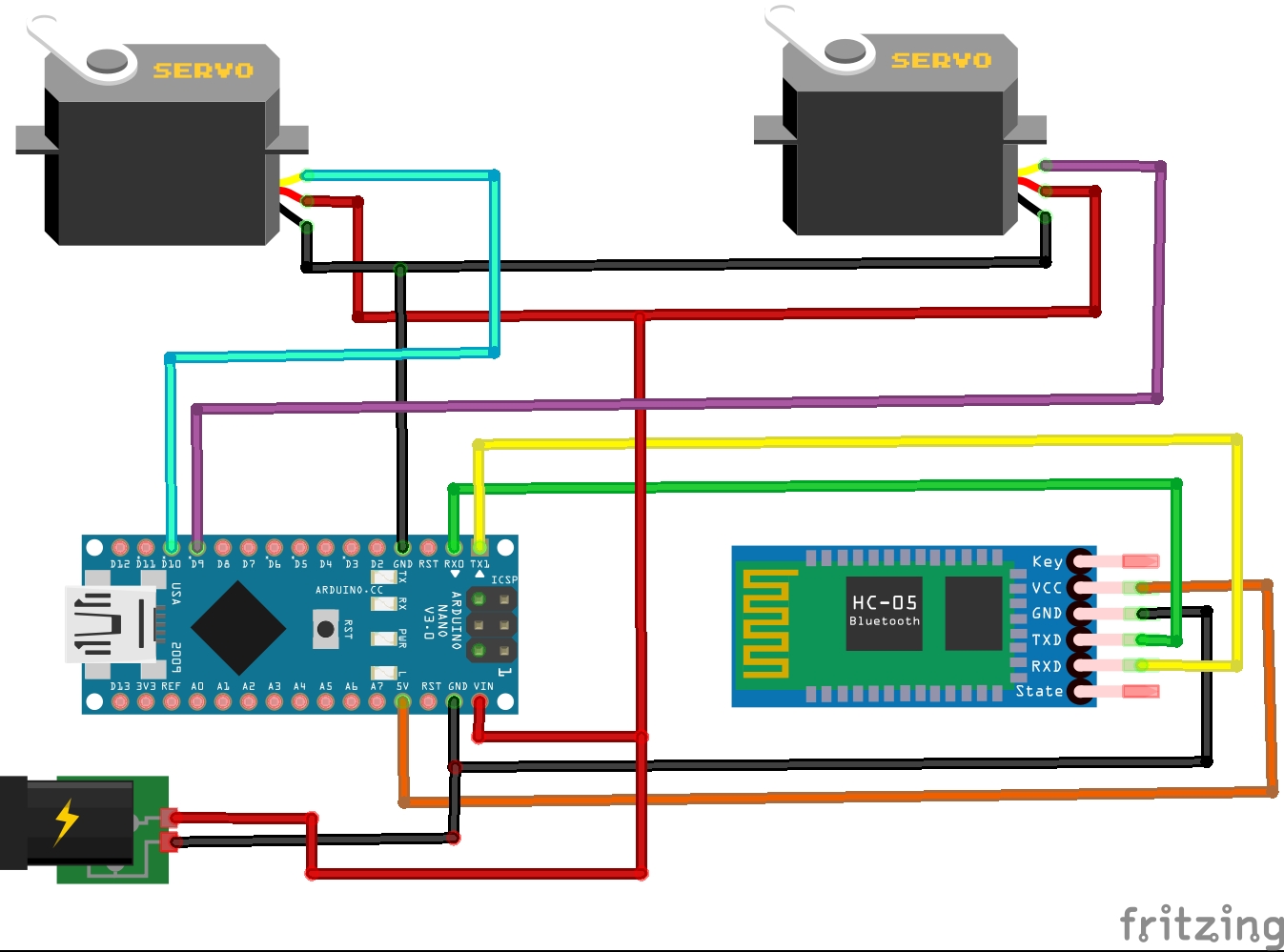