This is probably the best project that can be done with this module.

This is probably the best project that can be done with this module. 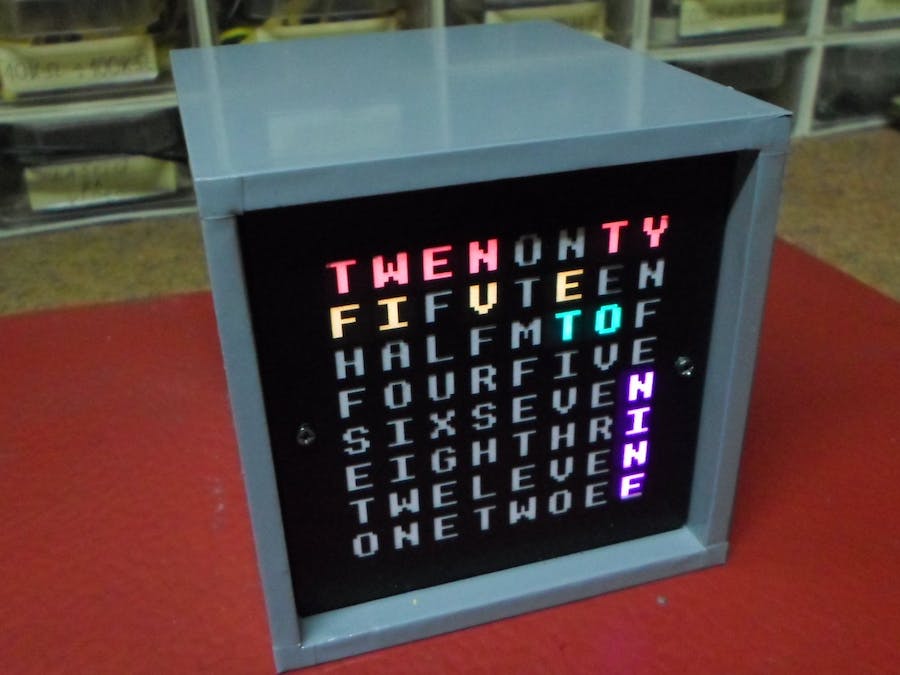 Some time ago, I ordered from eBay: "Full-color RGB 8x8 LED+Colorful Magic Matrix Driver shield Colorduino KIT DIY" which is also known as "Funduino," consists of the 8x8 RGB LED matrix and driver shield (control board with atmega chip and LED drivers).

This is probably the best project that can be done with this module. There are many projects on the Internet that are just pattern generators and nothing more.

Mark Wilson made an intuitive word clock, and even wrote his own library "chromaduino" which you can find at GitHub:

It drives the LEDs and receives display information from a master over I2C.

Now I will try to explain step by step the construction of this device. First, you have to program the control board. For this purpose we take Arduino Uno, from which we extract the Atmega chip, and connect with the control board in the following way:

In Arduino IDE we choose the appropriate serial port and Duemilanove board and upload chromaduino.ino library. This will program the ATmega on the Funduino/Colorduino board. The matrix is placed on the control board in a way that pin 1 on the matrix goes to Blue pin 1 on the board.

Next, we need to program the Arduino Nano (master) board, and on it, through the I2C protocol connect Colorduino and DS3231 Real-time clock module as described in the scheme below. There are also two buttons ("Adj" and "Set") connected to the analog inputs A2 and A3 that are used to set the clock:

- Pressing Adj cycles through color modes: RGB, reds, greens, blues, white(ish) and random. Unless the current time is on the hour, in which case it toggles showing NONE/EVEN

- Pressing and holding Set sets the display dimming, first the ambient level to "DIM AT" then the brightness to "DIM TO"

- Pressing Set and Adj cycles through display off and alternate faces

- Holding Set at power on runs the LED matrix demo

- Holding Adj at power on runs the clock in demo mode

- Holding Set and Adj at power on resets the clock configuration

I made the letter plates at a local graphic design company where I printed faces on a transparent plastic plate, and for better visibility, I put a sheet of white paper between a plastic grid and a letter plate. I have printed the plastic grid on my 3D printer.

The files can be downloaded from the links below.

Finally, I am grateful to Mr. Mark Wilson who has developed this project, and to which Hackster profile you can look more details, especially around the development of clock faces and making a faceplates. 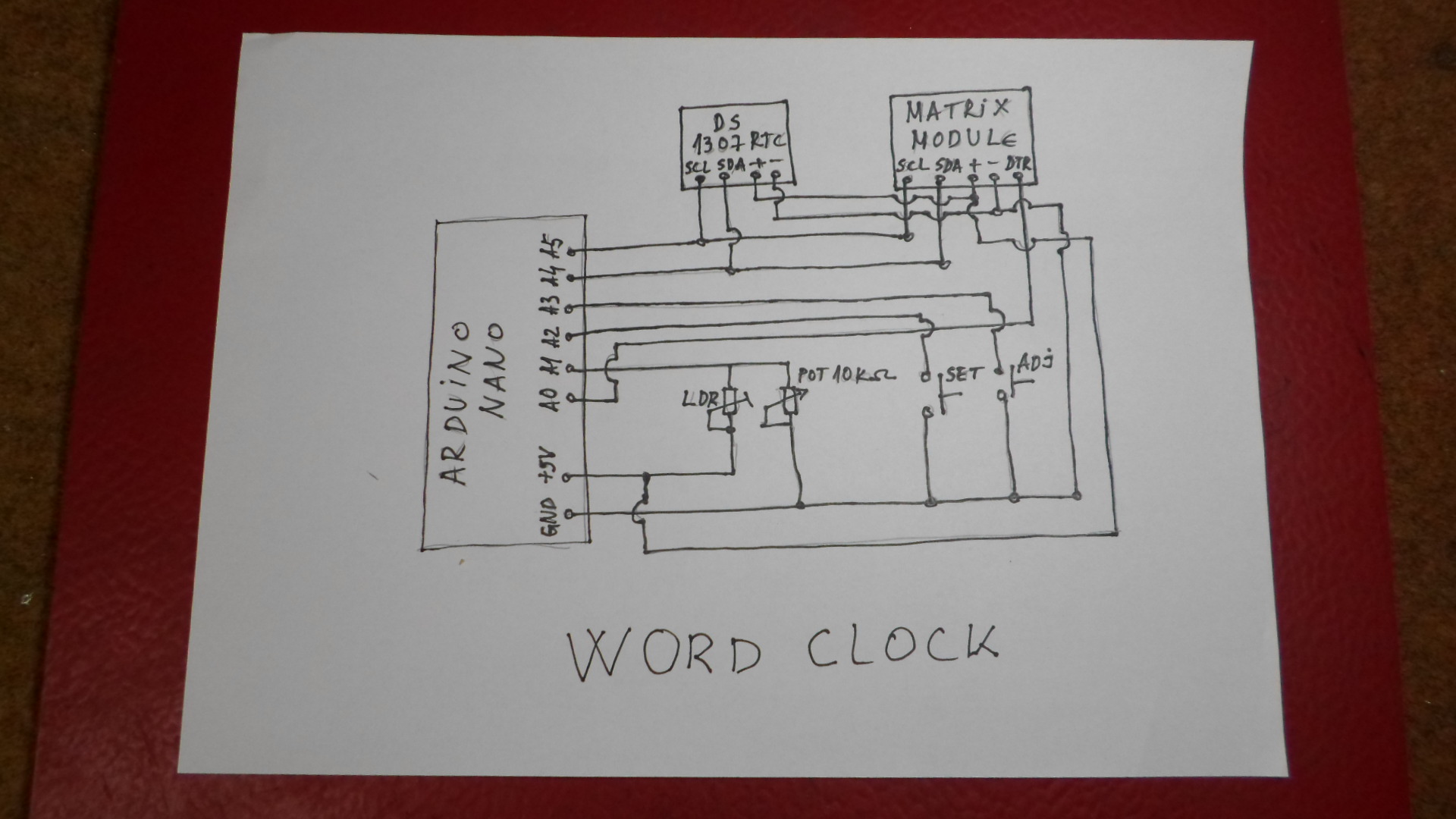