A short tutorial to start programming Arduino Uno without using the Arduino IDE.

A short tutorial to start programming Arduino Uno without using the Arduino IDE. 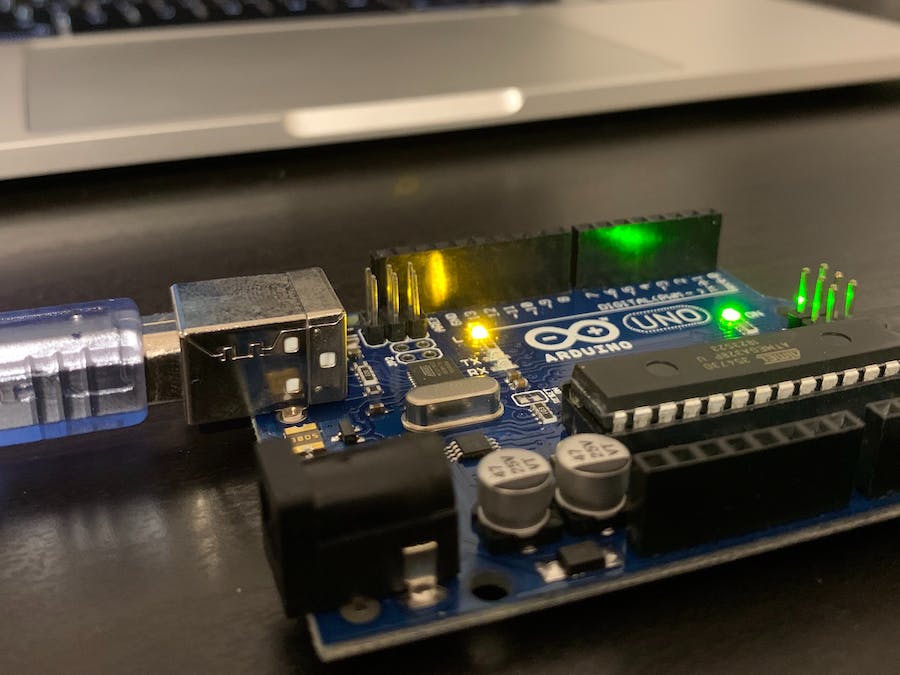 The Arduino IDE uses the avr-gcc compiler and avrdude to upload our program in the microcontroller. So, we are going to compile using avr-gcc the source code (written in C) to obtain the corresponding object file.

Then through avr-gcc, we link the system libraries to the object file to produce the executable or the ELF file.

Using avr-objcopy, we can translate the executable into a binary file that can be uploaded in the Arduino board using avrdude.

The commands to install the tools are for Ubuntu/Debian machine.

First, we update the package.

And then we install the package required by avr and avrdude.

Type in the terminal avr- and press the tab twice (do not press enter) to see all the tools installed, and type avrdude -v to see the version of avrdude installed.

Before coding, a little bit of theory

Before going deep into the c code that will blink the build-in led of the Arduino Uno board, we need to understand what we will do.

The avr-gcc toolchain does not know the Arduino Uno layout, but we need to deal directly with the microcontroller mounted on it.

In particular, the Arduino Uno has the Atmega328p on it. Here we can find the official datasheet of the Atmega328p, which is quite large and full of details, but we do not need all this info.

Otherwise, the Arduino Uno reference design is particularly useful to fulfill our task.

On the bottom-right of the image above, we can see three blocks labeled with IOL, IOH, and AD. The AD block represents the analog pins of the Arduino Uno board. In the other two blocks (IOL, IOH), we have the digital pins.

But, that is not sufficient to control the pin, because we also need to specify if we want to use that pin as input or output.

For this purpose, we have different 8-bit registers in the Atmega328p called Data Direction Register (DDR). In particular, we set to 1 the fifth bit of the register DDRB, in this way, we say that we want to use the pin associated with the fifth bit as output.

Go back to the Arduino Uno reference design we can see that each port register maps to a particular block of pins, the IOH block to PORTB, the AD block to PORTC and the IOL block to PORTD.

In this file "/usr/lib/avr/include/avr/iom328p.h", we can see all the definition useful to manage the registers of the Atmega328p. To handle each block of pins, we need three registers: the data direction register (DDR), the data register (PORT), and the input register (PIN). We have already seen the first two registers work, the third one (PIN) is used, as the name suggests, to read the input value when we use that pin in input mode.

Here's the code to blink the built-in led (blink_led.c).

We need to include "avr/io.h" that contains all the utilities to manage the I/O of the microcontroller. For further information on this header file, I suggest you read the official documentation, which is useful and well-done, and I do not think that I can explain it better than the documentation does.

The other header file we include "avr/delay.h" is used only for the wait function.

When we include the I/O header file, we also include the "avr/sfr_defs.h" file in which are defined some useful macros we are going to use in our code. In particular, the _BV macro that executes a left bit shift of 1 by the number of positions specified as the argument.

Do not forget the official documentation!

We are going to use also three logical operator bit-wise:

So, let's see how we say to the microcontroller to set in output mode the pin 13 of the Arduino Uno board. We need to set the fifth bit of the register DDRB to one:

Then we set to HIGH the same pin setting the fifth bit of PORTB to one:

And we set to LOW the pin 13 setting the fifth bit of PORTB back to zero:

Now we need to compile, so we first create the object file from the source code specifying the microcontroller in which we will run the program:

We create the executable:

And we convert the executable to a binary file:

Finally, we can upload the binary file:

Look at your Arduino Uno! The led is blinking!

My first tutorial is complete. I hope that you enjoyed it.

Like you, I want to improve and learn new things, so leave some feedback in the comments below.

See you soon in my next tutorial on bare metal programming in Arduino Uno.