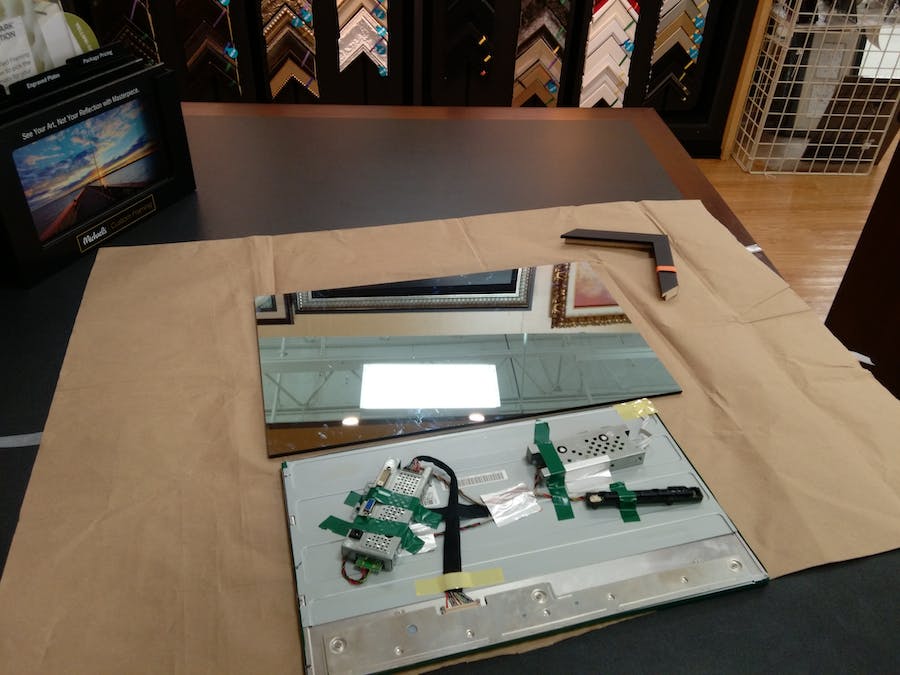 I created an Amazon Echo app to publish messages to AWS IoT. The Echo app is hosted in Lambda as a NodeJS module, so I used the AWS IoT Node SDK. At first the IoT Node SDK did not support environments like Lambda where NodeJS couldn't access the file system (to read IoT credentials). I had to edit the IoT Node SDK and I submitted a pull request which was incorporated in v1.0.7. This Echo app listens for your search term and using Google search API to find images using your search term. Then the Echo app published a list of image URLs to the AWS IoT gateway.

I then created a NodeJS site using express that runs a totally black website with only white text. This white text shines through the one-way mirror. Again, I used the AWS IoT Node SDK to subscribe to messages from AWS IoT gateway. Once a message is received in NodeJS, it is relayed to the browser using web sockets (socket.io) for realtime communication. Once the message is received on the browser, I display the images on the screen.

It's about the journey...