A simple way to learn Raspberry Pi programming is trying to program a Raspberry Pi. Let's blink an RGB LED!

A simple way to learn Raspberry Pi programming is trying to program a Raspberry Pi. Let's blink an RGB LED! 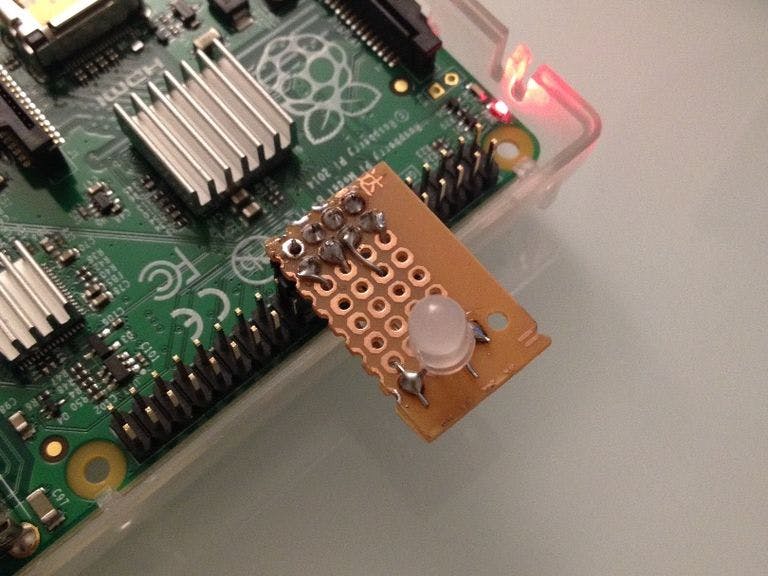 A simple way to start Raspberry Pi programming is trying to program a Raspberry Pi. Now I have created this simple tutorial. You can follow the simple passages and make a simple RGB wireless lamp. All the components are an RGB LED, common cathode, three resistors (120 Ohm + 120 Ohm + 100 Ohm), a pin plug for Raspberry Pi GPIO, and a piece of perfboard.

You can also buy this RGB LED with resistors

The circuit is very simple. You can also use a breadboard and some jumper cable.

Follow the scheme, and solder the components on the perfboard. Use an RGB common cathode and 3 resistors. Use the 120 Ohm resistor for the blue and green pin and 100 Ohm for the red pin.

Now you are plugging in an RGB circuit for Raspberry Pi. Plug the circuit on GPiO in this position.

Pay attention of the numbers of pin. In this project we use a GPIO pin number. For this reason we follow the GPIO numeration. Like in the image, you can view the pin number and the GPIO number. The RGB LED uses GPIO pins 23, 24 and 25. Also the RGB LED uses the GND pin between the pins 24 and 25. Please double-check before start your system. You can burn the Raspberry Pi.

Step 3: Start the Raspberry by Terminal

Now you can run the Raspberry Pi. Connect by Terminal if you use MAC OSX or Linux. If you use a Windows system, you can download putty (www.putty.org). Connect by a ssh protocol, and use the terminal to write the Python program and for command the RGB LED light.

When you write this command, if the system has Python installed, it will write on the screen the Python version.

Type on the terminal:

After this, put the code in the terminal window. (see the code below). Push CTRL + X button and save the rgb.py file.

Step 5: Command the RGB LED by the terminal

Now you can start the program. Write:

Now use 0 as OFF of the color and 1 for ON color. Use the first number for Red, second number for Green and third for Blue.

The fun comes when you start mixing colors. Try 101 click enter and see the color. 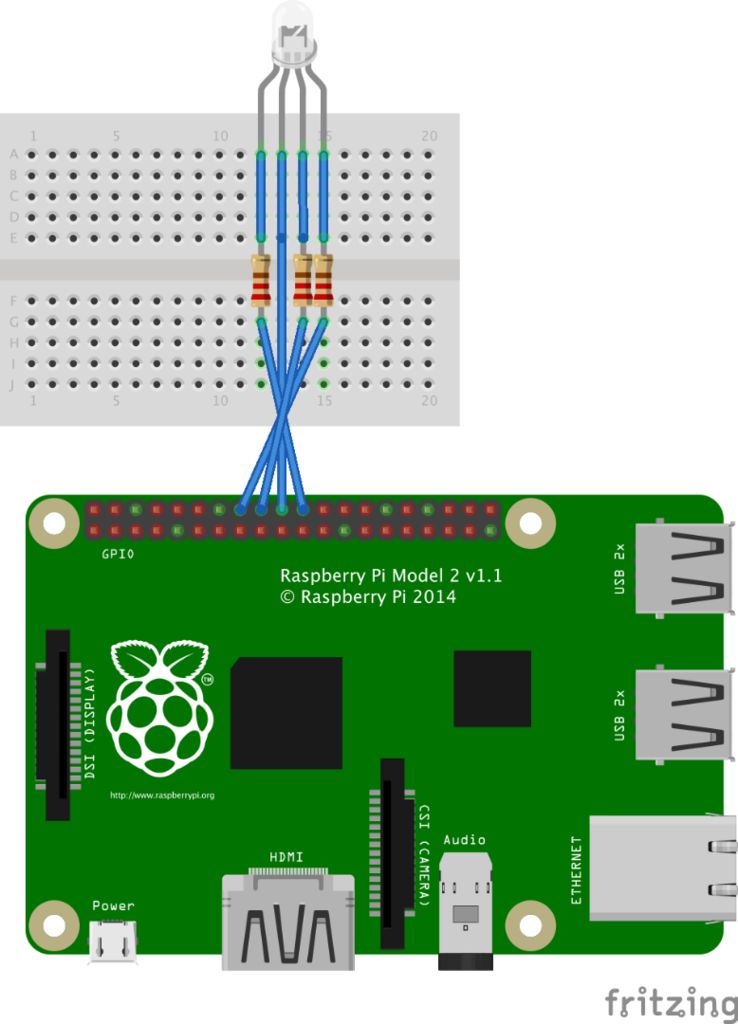 31 projects • 69 followers
Graduated in Psychology expert in new technologies and communication, with expertise in electronics, automation and home automation.
ContactContact