That is a tutorial on Chip and her backpack, Pocket CHIP. What is CHIP? CHIP is the smallest Linux-based computer. Let's blink an LED!

Pocket Chip: How to Blink an LED

Pocket Chip: How to Blink an LED

That is a tutorial on Chip and her backpack, Pocket CHIP. What is CHIP? CHIP is the smallest Linux-based computer. Let's blink an LED! 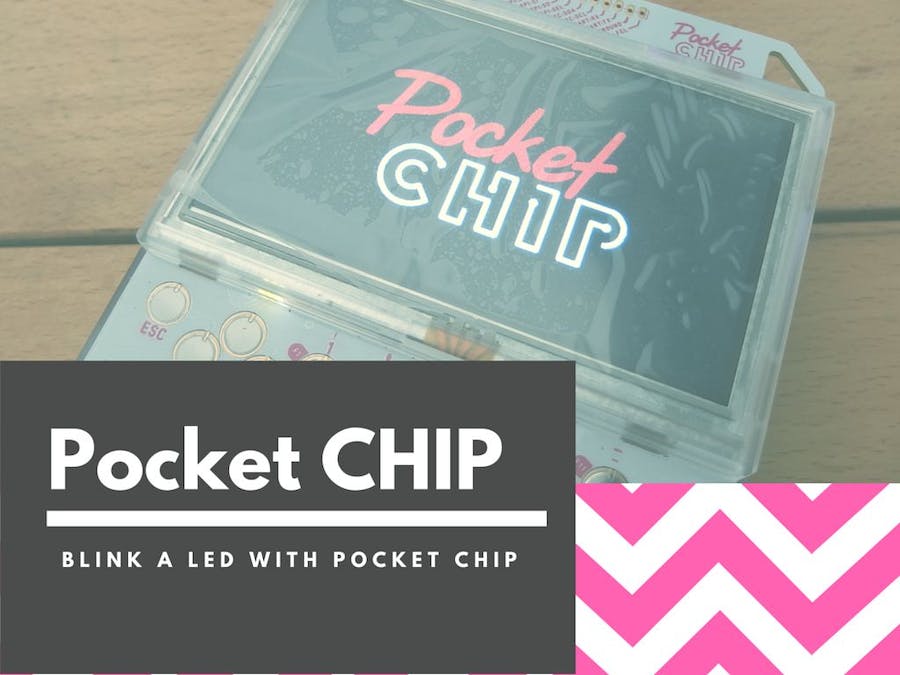 That is a tutorial on Chip, and her backpack Pochet CHIP. What is CHIP? CHIP is the smallest Linux-based computer created by Next Thing through a Kickstarter campaign. See the link to view all the features. CHIP has all the necessary components to work, including a WiFi and Bluetooth onboard. What you can do with CHIP? All that you can do with a computer. Yes! Pocket CHIP, is a board that have all the component like keyboard, screen and GPIO port to work with CHIP. You can see the video below, and you can see the features of CHIP's.

Step 1: The features of CHIP and Pocket CHIP

Pocket CHIP is a board that has a keyboard, a touchscreen, a battery and a GPIO port. Now my CHIP has a firmware to work with Pocket CHIP. The standard CHIP does not have the same app as the CHIP that works with Pocket CHIP, but has a different Linux distro. The Linux distro on CHIP is Debian-8 (Jessie).

Step 2: The applications of Pocket CHIP ...for now

The app that is pre-installed on the Linux distro, for now, is the Linux Terminal, Pico-8, a platform and much more. With Pico-8 you can play the games that the Pico-8 community share with the world, and you can also create very geeky games, like Atari and 8-bit style games.

With Pocket CHIP you can create music! Yeah! There is a pre-installed app that you can use to play sound like a synthesizer, and you can create sound or noise like me.

Also there's Write. With write you can write. Yes! In the photos, you can see the browser file and the helper. But for me the best app is the Terminal. Terminal is a standard Linux Terminal. I now can use my Raspberry Pi with Chip. This is a very portable mode to use Raspberry Pi.

Like I have just said, you can use the GPIO pinout of CHIP that command all the hardware stuff that you can catch somewhere. Good! All the trips start from a place. This place for us is an LED. Yes, the LED is the "Hello World" for the electronics. Okay, now less words, more facts. You can use a red LED like in the photo. Use a resistor. And see the instructions.

Now you have CHIP_IO on your Pocket CHIP.

Step 4: Write a python program to blink an LED

Nou you can open a Terminal window, and write these command:

After this, the screen changes and you can write this commands:

After, you can save this by clicking Ctrl+X. Write Y twice, and ta-da! You have written the your first Python program.

Now you can launch the program by terminal window. Open the Terminal, and write sudo python and the name of the file written before. sudo python blink.py