The RP2040 based Pico can be used as a logic analyzer with PIO. The example be expanded to export the results to sigrock and PulseView.

Using a Raspberry Pi Pico as a Logic Analyzer with PulseView 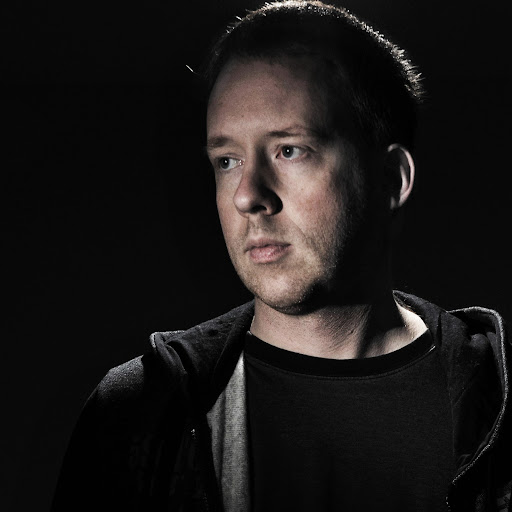 Using a Raspberry Pi Pico as a Logic Analyzer with PulseView

The RP2040 based Pico can be used as a logic analyzer with PIO. The example be expanded to export the results to sigrock and PulseView. 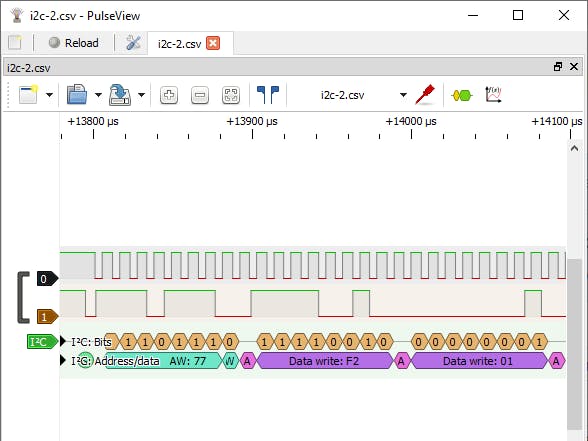 The new RP2040 process on the Raspberry Pi Pico comes with a Programmable IO (PIO) module. This module has many uses to directly control the GPIO of the board at high speed. An example that comes with the Pico shows how to use PIO to capture input on a pin as a logic analyzer. The included example prints out a simple ASCII display of the data and while interesting, it is hard to examine the ASCII printout in detail.

There is an open source project called sigrok that does signal analysis. (SIgnal GROK). Along with sigrok there is a companion project called PulseView that allows you to visually inspect the signal data. These two programs allow you to more easily analyze captured data, adding protocol decoders to see what the data you captured means.

This project aimed to expand the example logic analyzer program to produce data that can be displayed in PulseView and allow the analyzer to be interactively configured.

The idea behind the project so far is in 3 areas:

Note: sigrok has many hardware drivers built in to read a wide range of analyzers and scopes available. This project is not adding a new driver and just importing data via a CSV file.

The following assumes you know how to build a project and install it on a Pico. If you do not please see the excellent documentation that the has been released along with the Pico.

The example code that comes with the Pico was made to demonstrate a PIO program with a DMA transfer. To improve this for use as a logic analyzer several changes were made:

The functions logic_analyser_init() and logic_analyser_arm() are as is from the original example and are responsible to initialize the PIO program and arm it for the trigger value.

The attached GitHub repository has the code.

Making it Work (An Example)

This example will show the steps I took to get a capture of the I2C bus on a second Pico. The second Pico was hooked up to a BME280 sensor using GPIO12 as SDA and GPIO13 as SCL. CircuitPython was installed on the Pico and connected the BME280 via I2C to just continuously print the sensor values.

The Pico on the top is hooked to a BME280 via I2C. The bottom Pico is the logic analyzer.

The logic analyzer Pico is loaded with the code. I used PuTTY to connect to the logic analyzer and configure it. Connect PuTTY to the COM port your Pico connects to at 921, 600 baud. For this example I used the following settings:

I then connected GPIO13 to GPIO17 and GPIO12 to GPIO18 and connect the grounds. Upon the SCL line going low the Pico will collect 200, 000 samples. At 1 Mhz this will mean a capture of about 0.2 seconds.

You will know the Pico is ready when the on-board LED is on solid green.

To save all the CSV data from the Pico I use a program called plink which is part of the PuTTY installation. Any program that can direct serial input to a file will work. To use plink I used the following command:

The COM port should be set to the COM port your Pico connects to. Once this is running you are ready to start your capture.

When the Pico's LED is solid the transfer has finished and I stopped the plink command. And started up PulseView. For all the details on PulseView please see their documentation.

In PulseView I chose to import a CSV file and for this example specified 2 logic channels and a samplerate of 1000000 and turned off "Get channel name from first line." The rest of the import settings were left as is. Once loaded you can add a protocol decoder for I2C, assign the SCL to output 0 and SDA to output 1 and view the result. And that's all there is to it.

Loading the output into PulseView and adding the I2C Decoder

The sigrock / Pulseview websites have documentation that can help you configure the multitude of options they have.

There is a major improvement that could be added to this project. Write a hardware driver for sigrok. Then everything can be controlled via PulseView through the GUI. 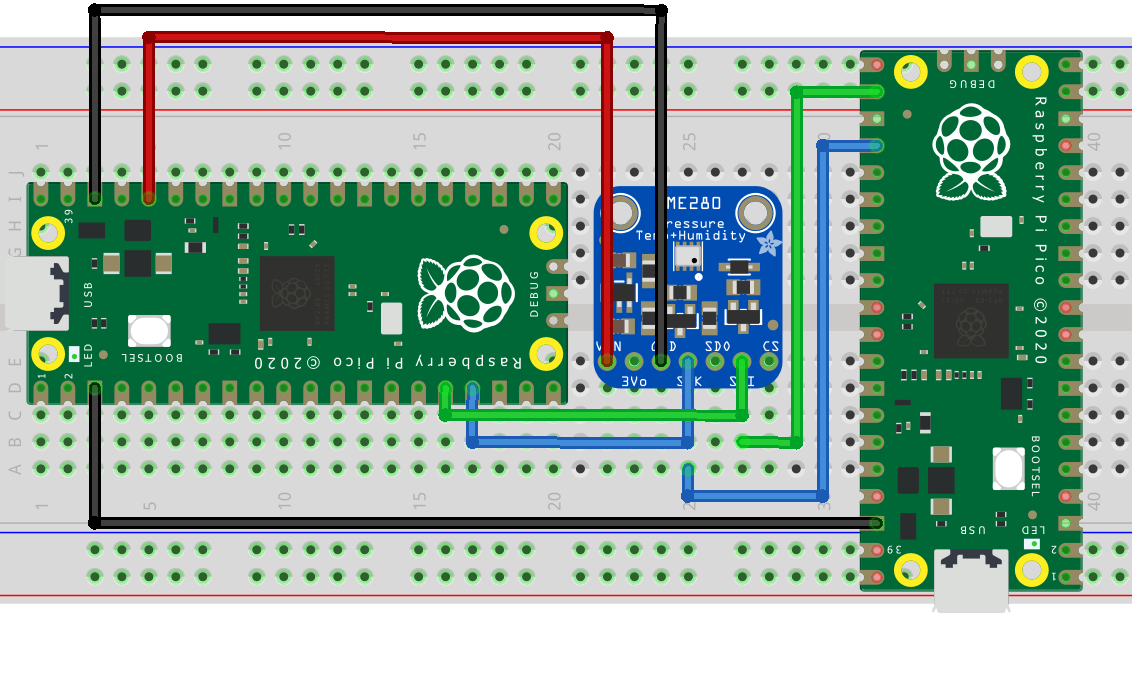 4 projects • 6 followers
Hobbyist tinkerer with all things related to technology as a break from my computer architecture day job. @MarkKomus on twitter
ContactContact