How to configure your McPi Raspberry Pi case power switch.

How to configure your McPi Raspberry Pi case power switch. 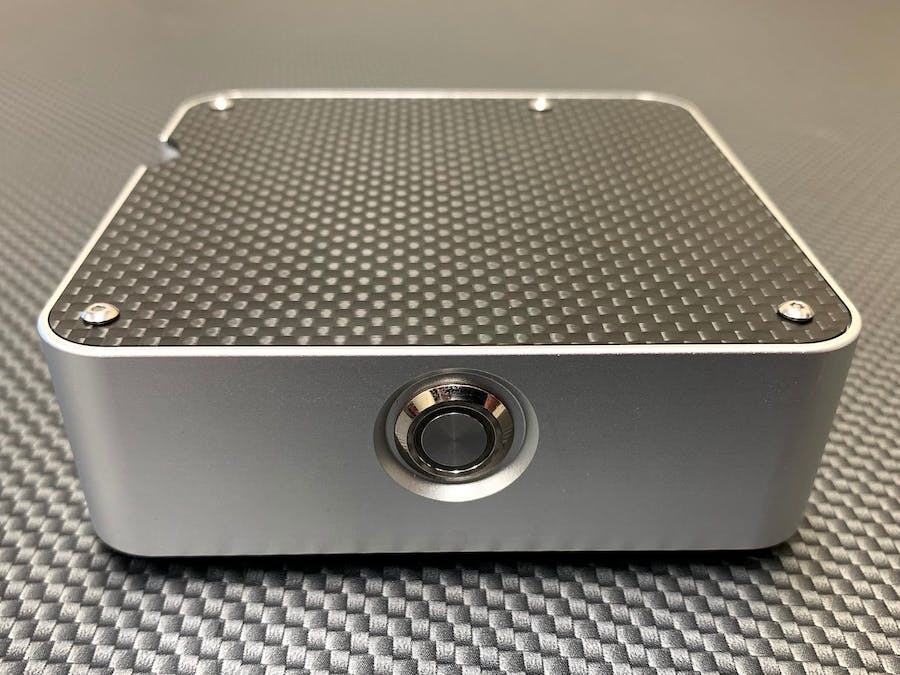 Get ready for #Piday by adding a power switch

The Raspberry Pi, the $35 mini linux computer rocked the computing world on a small scale but in a big way. They ended up being way more popular than even Ebon Upton imagined. This allowed them to improve the performance and increase the feature count dramatically while keeping the magical $35 price point.. Current Pi3s are 10X the practical speed of the 1st gen boards. Wow.

Ebon came to the Charlotte Hackerspace before the official release. We had a chance to meet him and hear his vision for the pi first hand. We knew at that point we had to build something that utilized the pi. What would it be?

These were great except when power was abruptly removed they often corrupted SD cards. Shame. Our fix was to implement a button on the HMI panel that allowed for easy shutdown and make the file system read only. This was a complicated matter and involved python, shell scripts and patience. First gen Pis were not fast but they would run for 2 days on a Dewalt 18V 4.0 battery and had a solid wifi stack.

Pi Powered Scale with local readout on the HMI in a 3d printed enclosure with 3d printed buttons.

We can assure you having a user friendly power switch is a necessity on the Pi. Corrupted SD cards make for a bad day. The most logical way to attack this problem was to design my own ultra high performance Pi case. One with a true motorsports pedigree and the obligatory soft power switch.

Why has noone built a high performance Pi case before? The obvious reason is it is prohibitively expensive to make one. The old adage goes the way to make a small fortune in racing is to start with a large fortune. Manufacturing a case that costs more to manufacture than others even sell their cases for is a poor business model. Most race teams are a poor business model. To hell with business models, the world needs a high performance Raspberry pi case and there is only one way to do it right. Here we go.

There seems to be a maniacal race to the bottom of poor quality cases, a 24 hours of LeMons if you will. In this case, we have entered Le Mans.

Thermal Pads are almost always used in crappy cases and with that comes poor thermal performance. Everybody knows thermal pads are terrible. As proof we haven't seen a cpu with a thermal pad in years. So necessity meets invention and the next thing you know we have a pad free ultra high performance case design that every performance enthusiast would lust for. Just say no to crappy thermal pads.

Since we are going all out, why not add some "extra gravity." Generally speaking added mass is a usually a no-no when it comes to high performance. However, using our foreign intelligence gathering tools we learned from our Canadian neighbors you can measure quality with a weigh scale. Utilizing Pi aRe squared design methodology we were able to squeeze in the extra mass. This one tips the scales above designs with smaller footprints and less pleasing curves. Nothing is worse than trying to plug in a cable one handed and have your Pi fall off your desk like pikes peak.

Of course this case needs a power switch. Why not use the best looking and highest performance switch available? The McPi case includes an elevator style waterproof stainless steel momentary switch with blue LED ring indicator. Going down?

Now that we have a switch, we need some visual feedback to indicate if the pi is operating or not. The indicator output is a bit of a hack but works beautifully. We enable the serial port. When active, it provides a 3V signal and illuminates the blue LED ring light. Both modifications are simple and can be done editing one file. We like go fast mods that can be done quickly. See below for the raspbian modifications to make the power switch and indicator operate properly.

Note that on the Pi3b+ this method is not a total power shutdown. The good news is the processor does halt and power consumption is decreased dramatically but the red power led does remain lit.

The onboard LEDs can be seen through the two 1.75mm ports on the side of the case. Note that clear filament makes a great light pipe!

If you are interested in the thermal Performance, yes, this case is a hot rod. With the ability to run WOT for 30 minutes without throttling, who needs obnoxious fans?

Add the following lines at the end:

You can easily edit the config.txt on a pc. Insert the SD card on a PC and open file explorer. You will see a folder with config.txt. Just edit the file, place the SD card back in the pi and hit the gas! Without this modification the switch and led will NOT work!

The switch code works great on Standard Raspbian Installs, Retropie and Octopi. I'm sure there are countless others too based on the above images.

If you want one of these awesome Carbon Fiber and Aluminum Pi Cases, go here 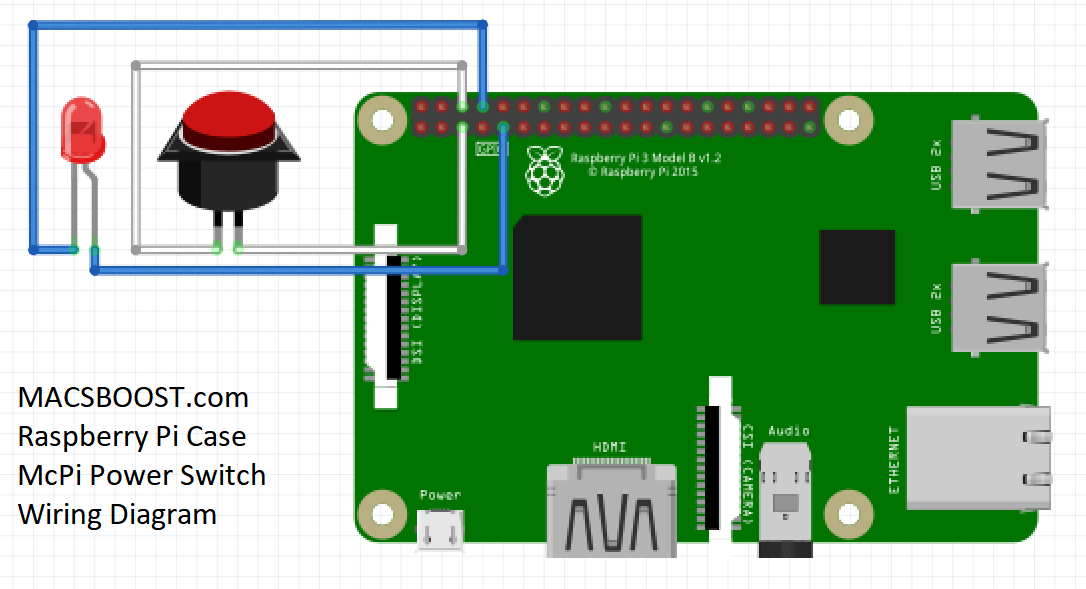