Builders learn about common electronic components used in a circuit and how to use a Liquid Crystal Display (LCD).

Builders learn about common electronic components used in a circuit and how to use a Liquid Crystal Display (LCD). 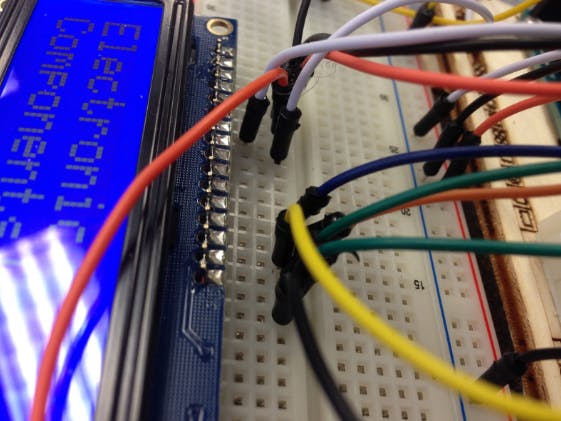 We created this as our project because we wanted to review electronics components for our quizzes and unit while also using components to power the project itself. It was a review and learning experience all in one, and it broadened our understanding a lot more than what we had initially grasped.

Examples of the electronics components used, from left to right: transistor, resistor, capacitor

Our Electronics Component mini-dictionary is designed to first show the title “electronics components” when the program is started. Buttons are placed in front of electronic components to indicate what each component is and what they are used for. When someone presses the button, the screen will show the name of the component and how it is used in a circuit.

Some benefits of this type of dictionary is the visibility of components that correctly fit in the breadboard and the ease in which the person would be able to relate the component to the definition or name shown by the LCD. They can also use those definitions to help them understand the role of those components in making the microcontroller actually work, so they can see those parts in action and correctly relate definition to function.

Step 1: While constructing the project, we referenced other starter lessons and starter projects that helped us figure out the code. One particularly helpful project was the “ask the crystal ball” lesson (in the Arduino Starter Kit guidebook) that used the LCD to show the responses of the “crystal ball."

Step 2: After copying the wiring and the coding of that project, we adapted parts of it to fit our expectations for our own project; such as replacing the tilt sensor, which guided the random commands of the crystal ball, with a button, which had a specific command attached to it which was shown on the LCD when it was pressed.

Step 3: After wiring and coding one button to read out a component and definition, we expanded to three more buttons, refining our setup as we went.

Step 4: Eventually, we ended up with four functioning buttons and corresponding commands on the LCD. Simplified diagrams of the wiring and code are shown below, respectively. 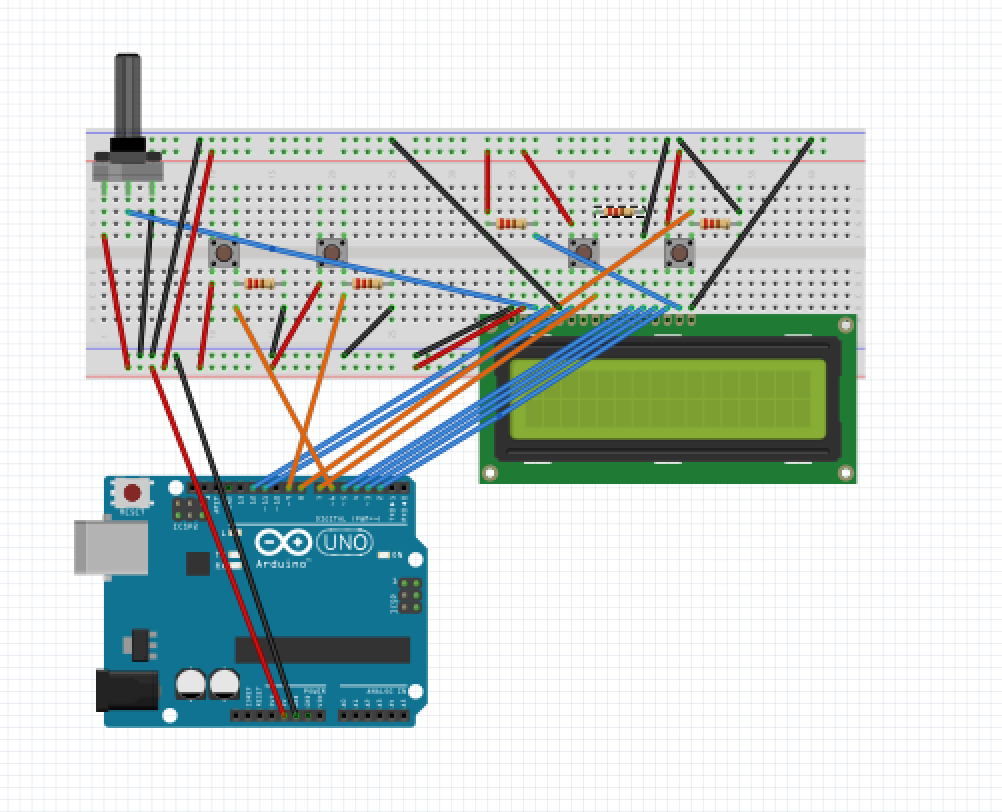