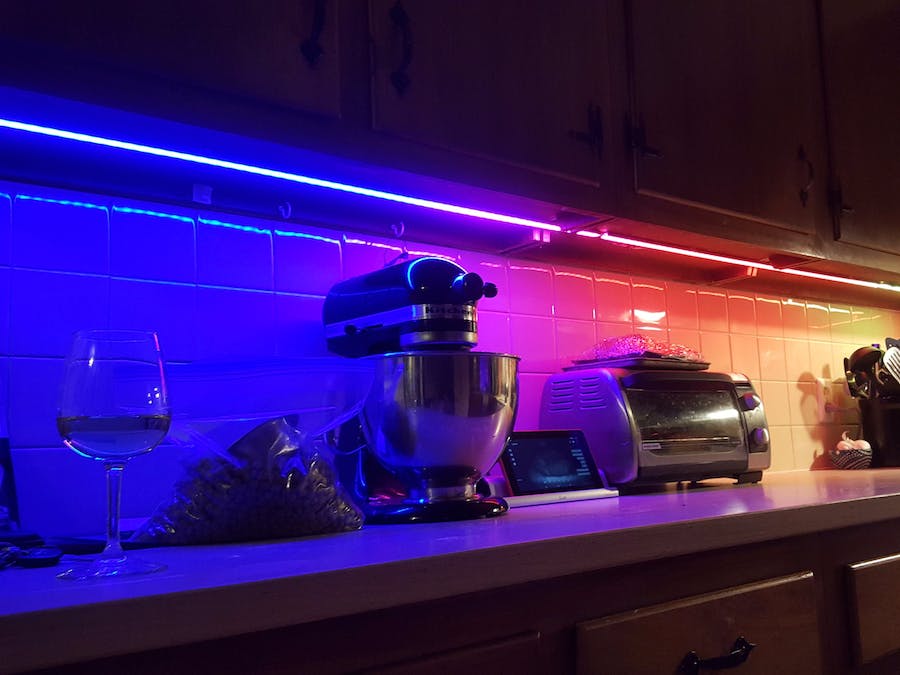 Our counter tops were too dark. Off the shelf items didn't provide the customization I wanted, or were too expensive. I wanted it to sense motion and only turn on when someone's in the room--to conserve electricity. Also wanted to control the color, animation, and various other parameters from a web app.

The original design used an Arduino to control the lights, but this was eventually upgraded to use an ARM chip for the added memory and speed.

I also loosely hung the led strip under the cabinets, but it looked very unprofessional - and the strip ended up burning out pixels pretty quickly anyway.

I don't have any pictures of the first pass, but I decided to replace the LED strips using proper aluminum channels - and took pictures along this build. 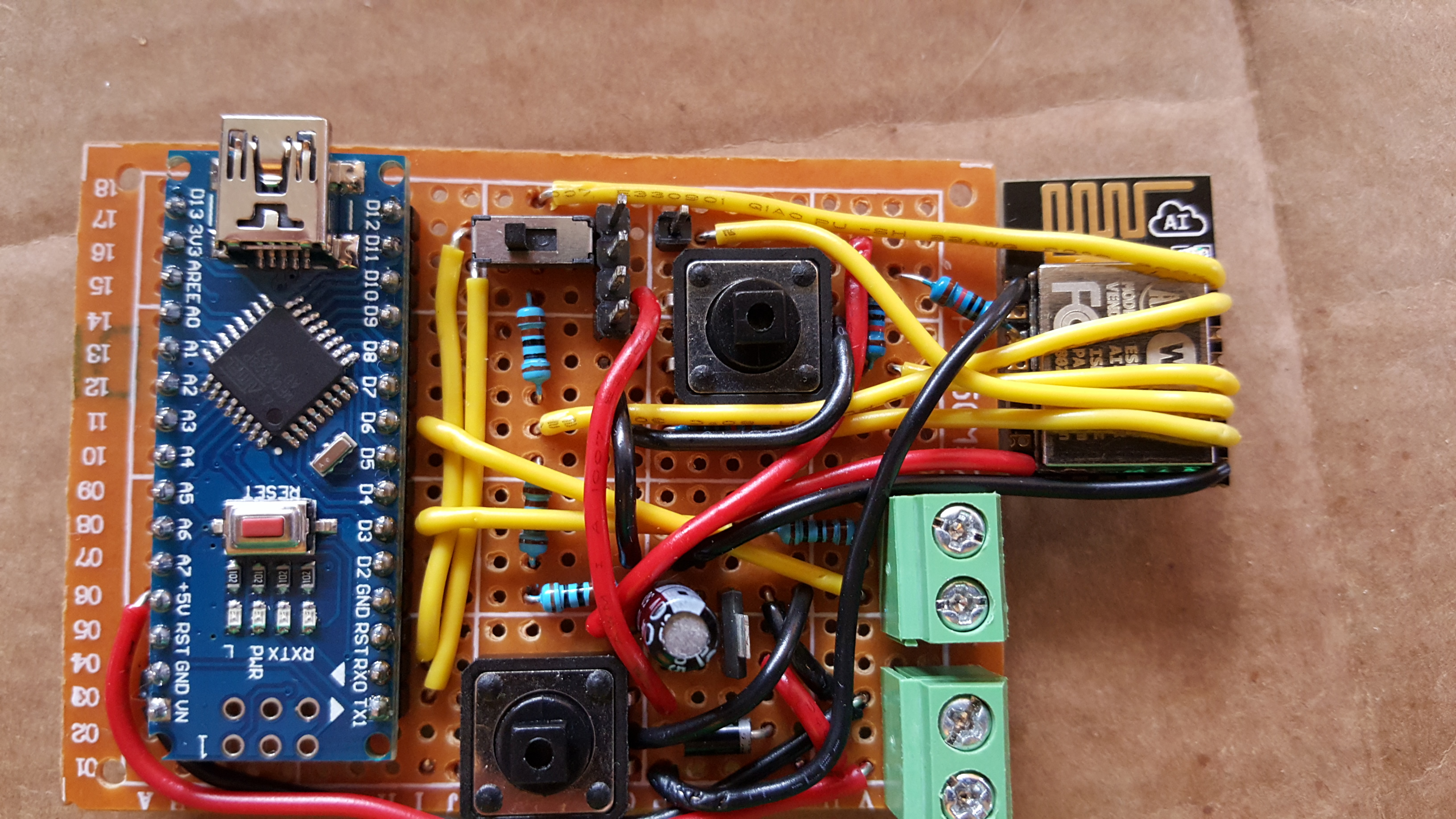