Control an Arduino robot with a smartphone using ESP8266.

Control an Arduino robot with a smartphone using ESP8266. 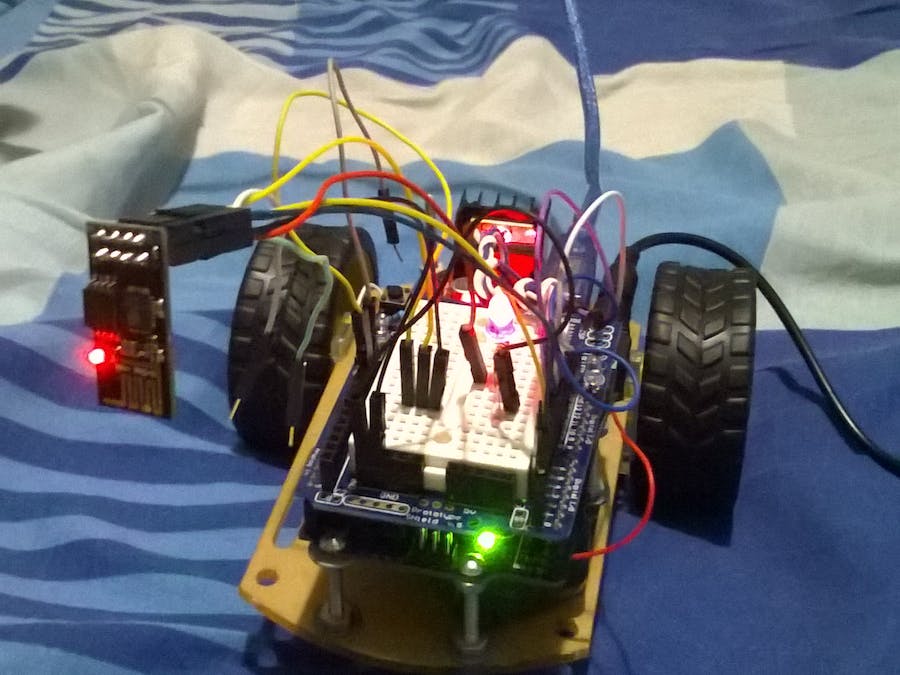 This document is about my attempt to control an Arduino robot with L298N motor drive and AI-Thinker ESP8266. This robot was named UTFPRBot version 1.0.

Here is a YouTube video to demonstrate it running:

This project explains how to create this Arduino robot. Also, I describe my personal steps to simplify the deployment of programs to control this robot.

This project is the result of a lot of effort to construct a simple robot controlled by ESP8266. I have not found good sources on the Internet that describe a simple way to build robots with ESP8266. Also, I found a lot of information that empirically is not necessary to make it, even with comments in forums. This project proposes to simplify this difficult process.

This is our goal:

This step is done once only to assure that firmware is updated.

a) ESP8266 deployment only works without ATMega chip. But you can plug in Arduino a single wire in RST and GND. Then, only the board will be used, and not the ATMega chip.

b) You need to plug GPIO0 to deploy, and you need to remove GPIO0 after the sketch deploys.

c) You need to always use RST pin before deploying to sync your ESP. Do RST with GND quickly, and observe the light blink. If nothing happens, try again until you see a blue blink. After the blue blink, remove RST wire.

e) You need to plug Rx🠚Rx and Tx🠚Tx to deploy firmware in ESP8266.

f) After deployment, remove wires in this order: TX and RX, GPIO0, VCC. Plug in again only VCC to verify that your ESP8266 keeps your deploy.

1) Make the wiring of your ESP8266 module as illustrate in figure.

3) Now, check the path boxes and fill the fields as illustrated in figure:

4) Click START and wait - SYNC until a complete flash of firmware files.

5) After deployment, remove wires in this order: TX and RX, GPIO0, VCC. Plug in again only VCC to verify that your ESP8266 keeps your deployed code.

At this step, you need to put ITEADLIB_Arduino_WeeESP8266-master in C:\Program Files (x86)\Arduino\libraries. Also, you need to uncomment the following line in ESP8266.h:

At this step, you need to enable ESP8266 modules in Arduino IDE. (File 🠚 Preferences: Informe URL: http://arduino.esp8266.com/package_esp8266com_index.json). After, upload the ESP8266 modules (I installed all that I found useful and mentioned ESP8266).

In Arduino IDE, choose Generic ESP8266 Module. The value was set as follows:

Then upload the new sketch: Web Server to Receive HTTP Connections to move the robot. Remember the wiring to deploy sketches in ESP8266:

Remember the wiring to remove after deploy:

Now, plug again only VCC to assure that your sketch was deployed. Use the Code1 (attached) to: Create a WiFi access point and provide a web server on it to move robot.

Now, you need to deploy code to Arduino ATMega chip. Note that I am using a solderless breadboard shield. To avoid removing/placing the ATMega chip many times, now you need only remove RST wire from GND.

Important: To read data from SoftwareSerial, you invert the connection of RX/TX wiring that ESP8266 uses to connect to Arduino.

LLC (Logic Level Converter): I observed that many forums recommend using an LLC to connect ESP8266 to Arduino. I bought one and, to my surprise, I was not able to use it with ESP8266 and Arduino (it does not work to deploy or send/receive serial data). Apparently, its use is not necessary to update firmware, nor to deploy new programs within ESP8266. Some assumptions:

Doubts, suggestions and comments are welcome. 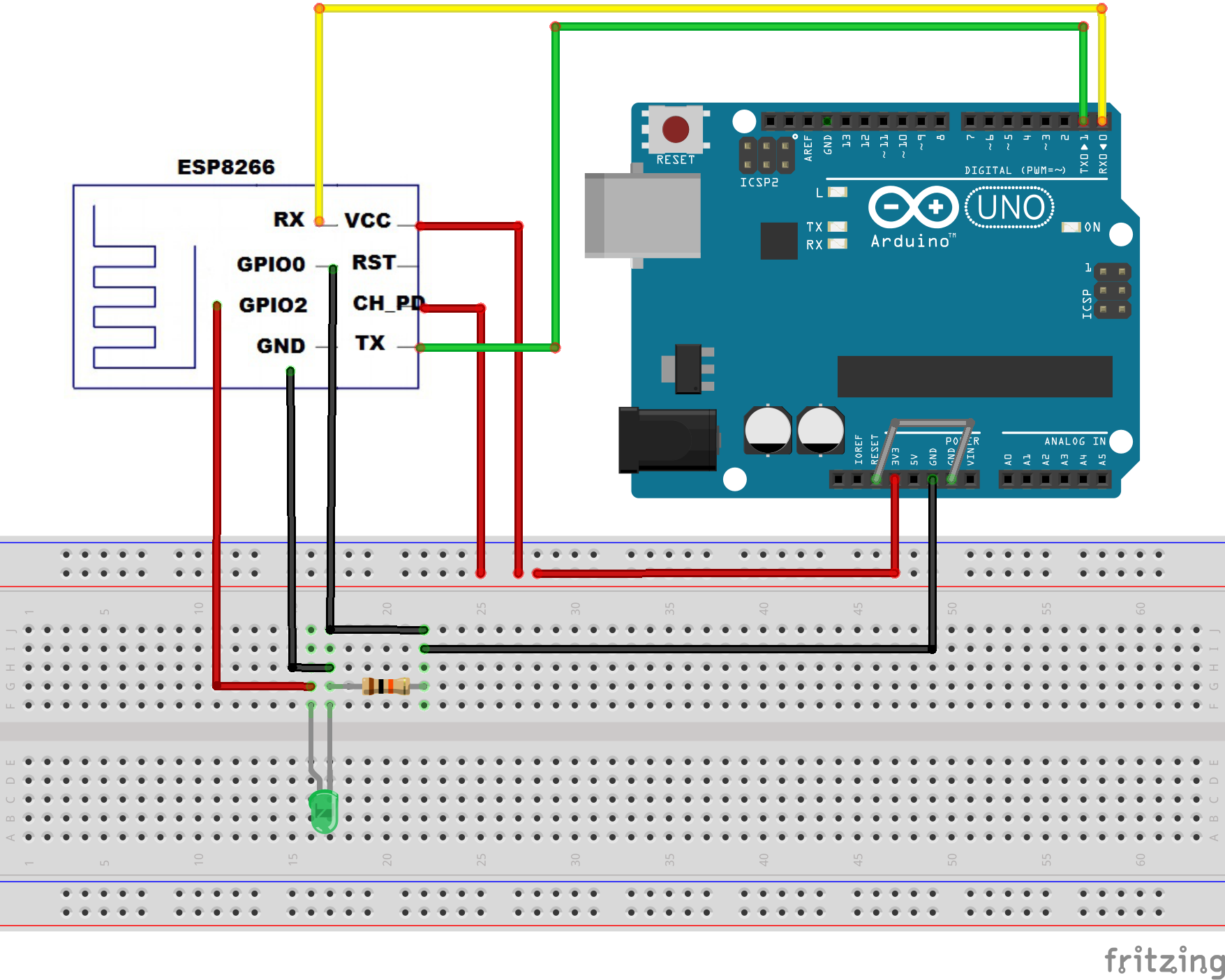 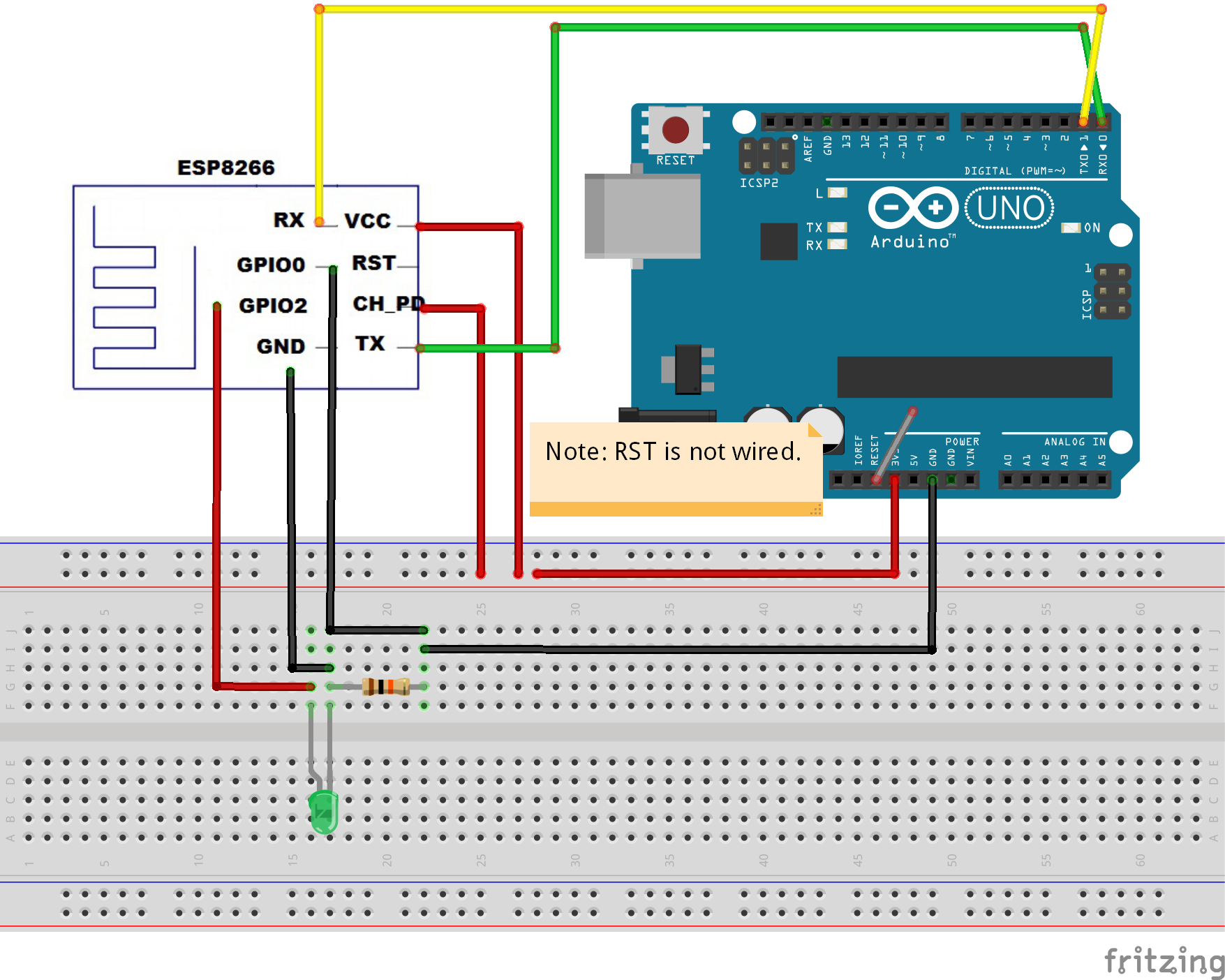 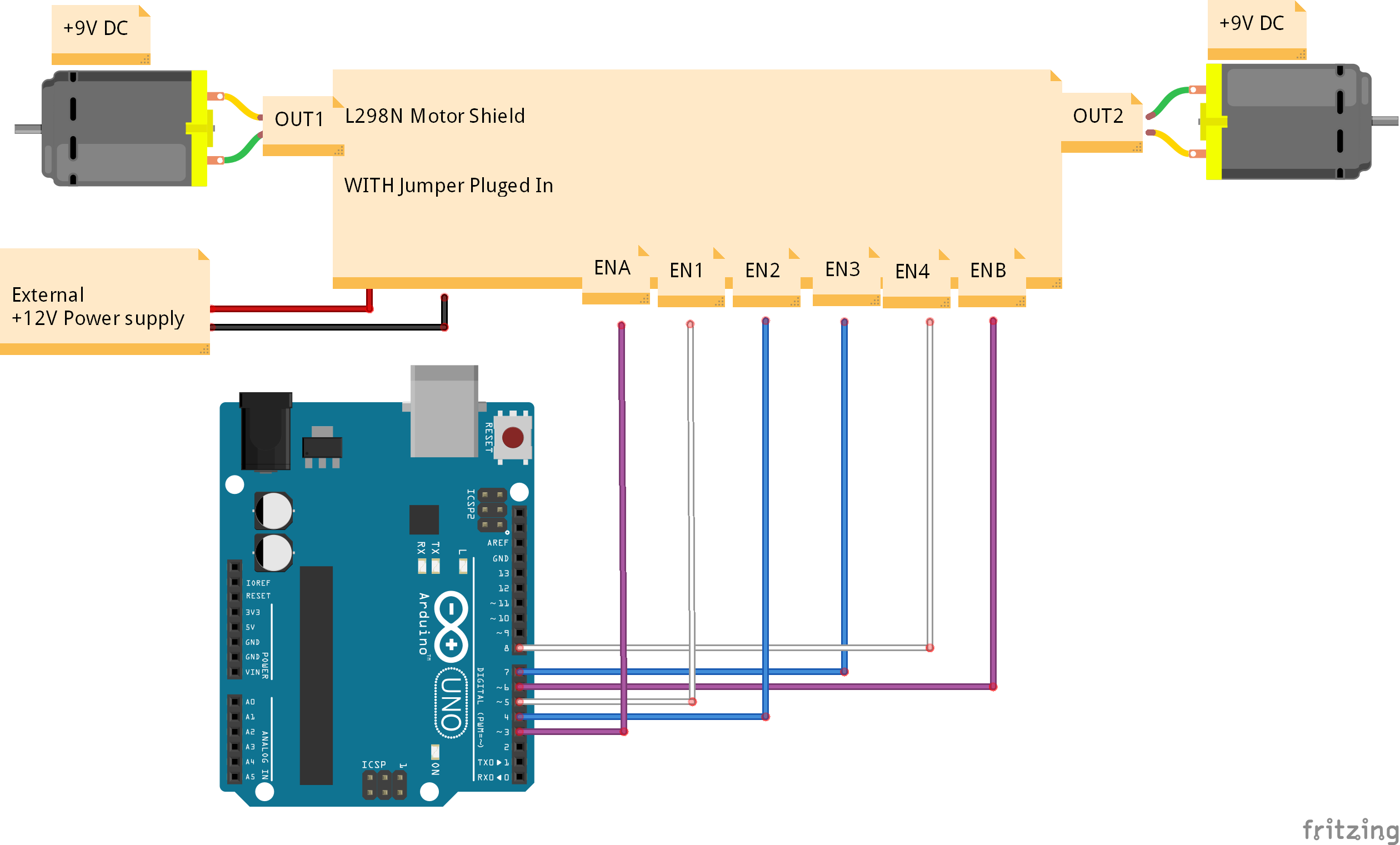