A WiFi controlled desk light, essential for every maker and a great way to get into coding.

A WiFi controlled desk light, essential for every maker and a great way to get into coding. 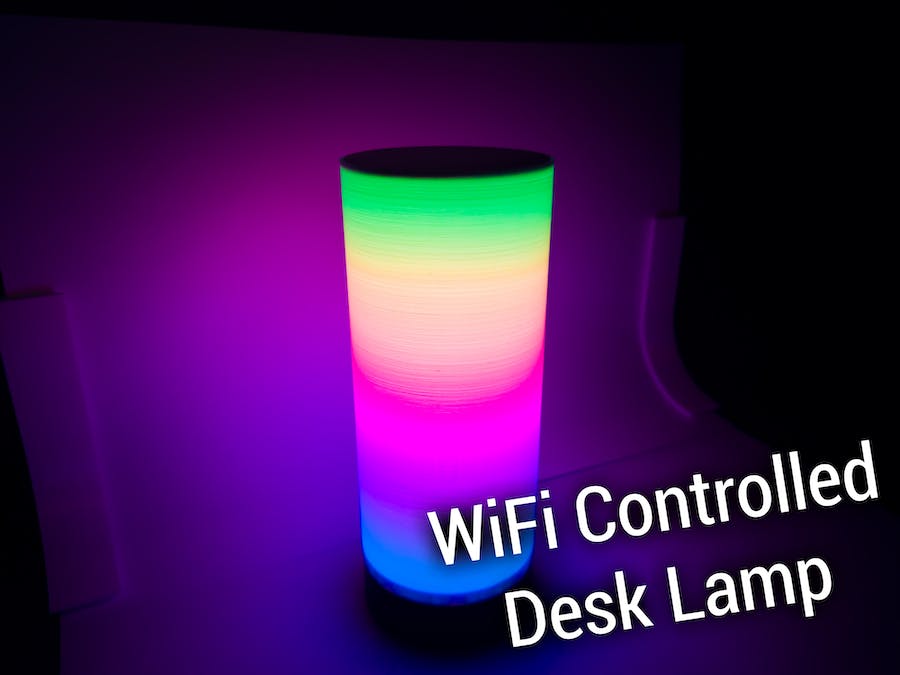 A WiFi controlled desk light, essential for every 3D printing enthusiast and a great way to get into coding.

Controlled via an easy to use web interface that runs on the ESP8266.

It features a webserver running on ESP8266 that allows for easy access to the different patterns, brightness and power control. Everything was designed in Fusion360. The code was written in Visual Studio using the Visual Micro plugin.

Webinterface of the application running on the esp8266

Step One: Get your parts

I've used ICEFILAMENTS white & black PLA to print my parts. I recommend printing with 100% infill. All parts should be printed in black, except for the diffuser that one should be white.

The electronics & screws can be seen in the picture below:

Step Two: Add the LEDs to the core

Now that you have printed your parts, you can slide in the leds into the core.Start by sliding in the leds from the top, the arrow must point from the base to the top.Afterwards cut the strip using scissors so they do not stick out on the top or the bottom.

Next cut another strip with the same length and slide it into the next slot. Now the arrow must point from the top to the bottom.

Repeat this and swap the direction every slot until all slots are filled with the strip.

make sure to wire up the leds in the correct order

Use some 3 pin wire to connect the pieces together. When all pieces are connected, then the arrow must point in the same direction when following the wiring order.

Finally solder the starting point of the strip to the Wemos D1 mini, the arrow must face away from the microcontroller.

If you are using the microphone sensor connect it to the 5V power and the AD Pin to the A0 pin of the Wemos D1 mini.

Step Four: Mount the core to the connector plate

Take 8x M3 * 8 bolts and nuts to attach the core to the connecting plate.

Make sure the cutouts for the pillars are on the bottom.

Step Five: Solder the LEDs to the Wemos D1 mini

Connect all components according to the wiring diagram. Add the logic level shifter if the LEDs 'glitch'.

afterwards glue the power jack into the base

Step Six: Attach the core to the base

Position the pillars onto the holes of the connecting plate of the core. Take 4x M3 * 8 bolts to attach the plate to the pillars of the base.

The software runs on the ESP8266. The web app is stored in SPIFFS (on-board flash memory). I've forked jasoncoon's esp8266 fastled webserver and added some extra functionality, made a proper config area and created custom patterns for the lamp.

The software and detailed setup instructions can be found on GitHub.

For beginners I would recommend watching this setup tutorial below.

Type the IP address of the Wemos D1 mini into any web browser on any mobile device and have fun! The IP can be found by connecting with the serial monitor or by looking at your routers client list.

Issues with the Webinterface

Issues with the LEDs 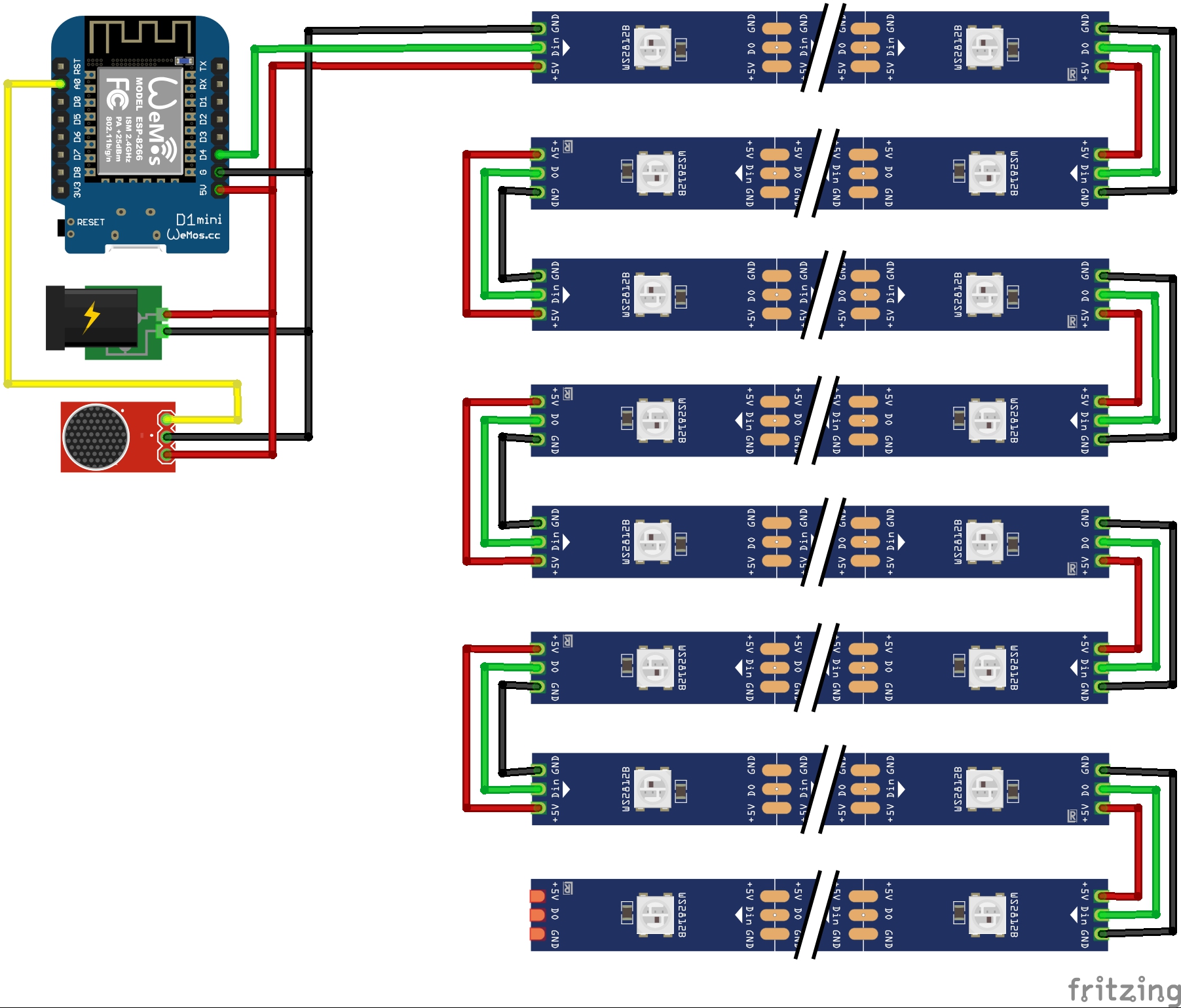 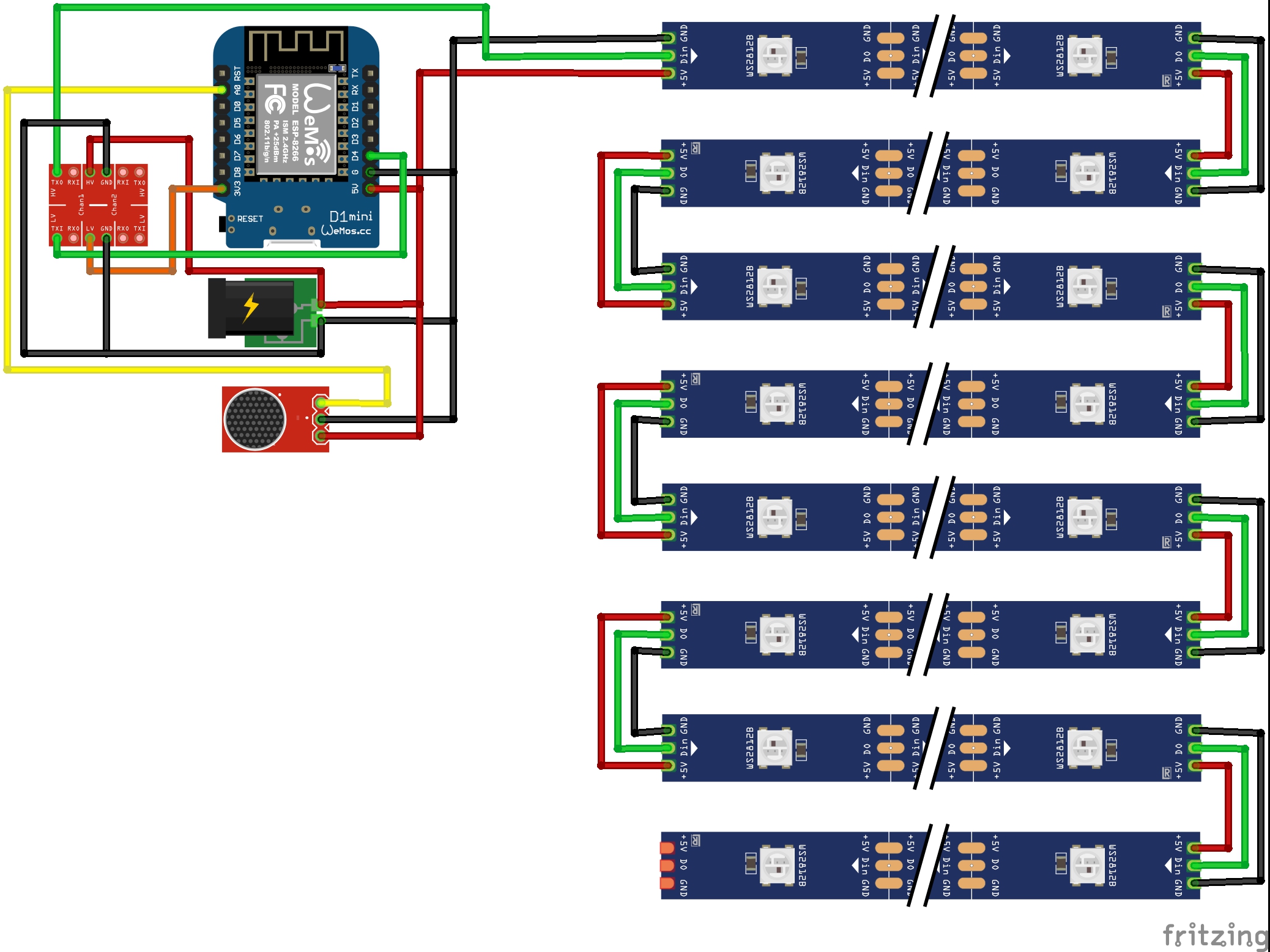