A little device that frantically moves when objects move closer to it.

A little device that frantically moves when objects move closer to it. 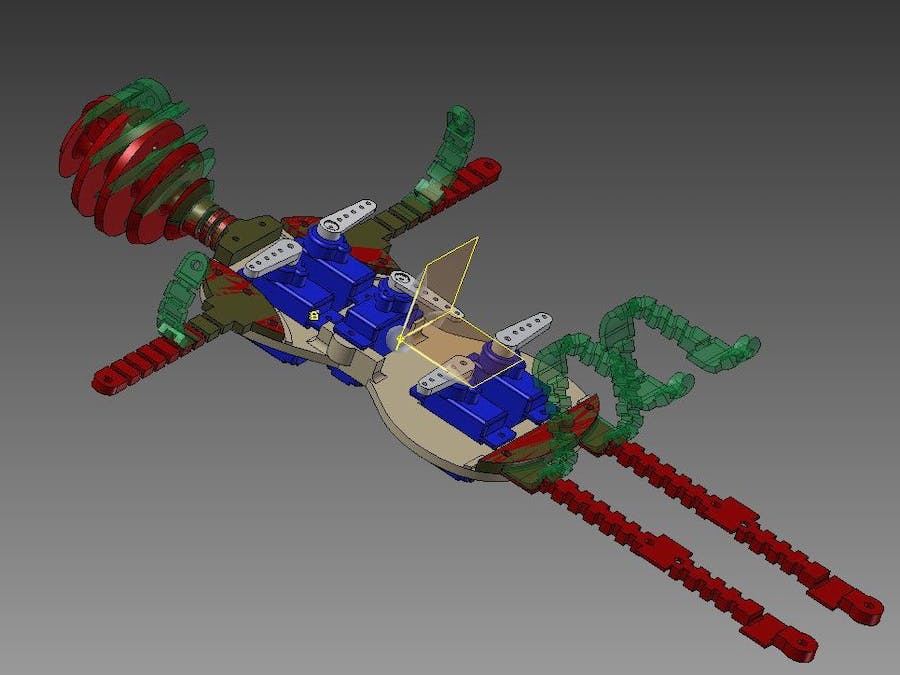 Sometimes I find myself wishing there was a generic device that I could used to create some simple movement quickly. I came up with Bugboy after I created Specimen #1. I wanted to strip the complexity out of the same idea, but keep the principle of response to light and shadow. There's so much you can do with an analog sensor. It's a matter of pinpointing (somewhat) specific values in the readings and triggering the desired response from there.

Here's a brief video of the mechanism with a creature skin attached. In this application, I also added neopixels under the skin and a pincer mechanism for the jaws.

I wanted the movement to become increasingly frenetic as the shadow moves closer and intensifies, but the opposite could easily be achieved with a few value changes in the code.

The mechanics are very simple, and little more than a simple 3D printed servo bracket with some semi flexible PLA appendages attached. I'm learning that sometimes this approach can have a greater effect than something extremely elaborate.

3 projects • 1 follower
Modeler / prototyping. Sometimes I make monsters for movies. I just love robots and try to inject personality into my projects.
ContactContact