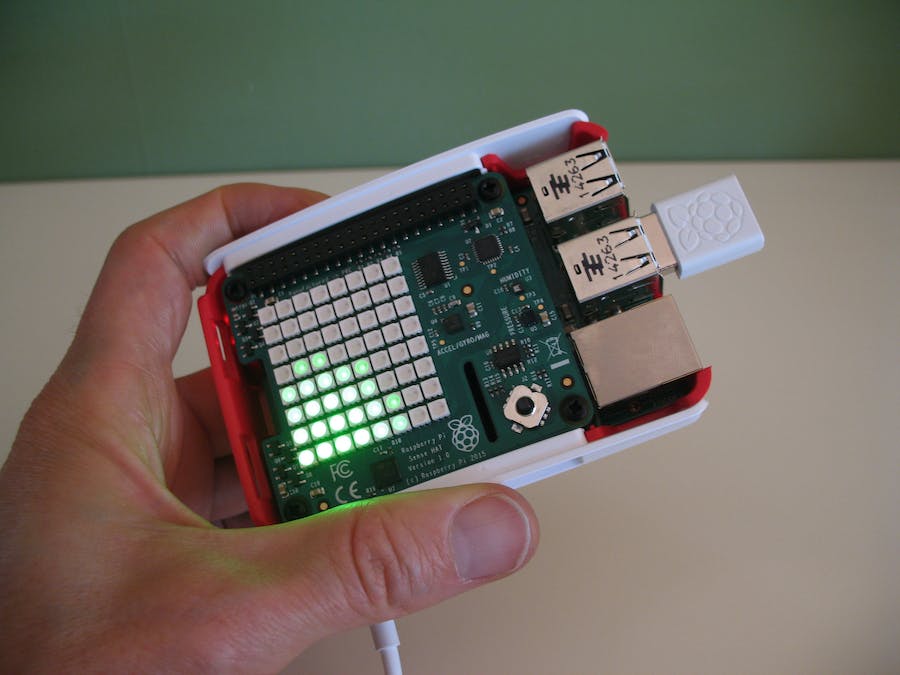 Update: Now there is a NuGet package to download for Visual Studio 2015:

This project was about to make the Raspberry Pi "Sense HAT" working on the Windows IoT platform.

I had some initial help from Graham Chow (see his project here) who've done a great job to get the LEDs and joystick up and running.

Then I contacted Richard Barnett who is the father of the RTIMULib used by the official Sense HAT installation. This library was written in C++ and managed the sensor readings. Richard "got onboard" and did the raw porting of his library (so far the senors used by the Sense HAT) into C#.

I did some refactoring of the library and have included the display and keyboard drivers into a complete C# project solution which you will find here (including the full source code).

The solution contains a demo project that shows some of what you can do with the Sense HAT.

Here's a video showing some of the demos:

(It's really difficult to take pictures or film the Sense HAT due to the relatively slow update of the LED displays. I had to use a really old camera with lousy frame rate to get an acceptable picture; otherwise the display would be blinking and flickering. Our eyes are luckily "bad enough" to find the LED update frequency acceptable.)

Update: Now there is support for sprites. Thanks Johan Vinet for your tiny Mario! Video below: