Muggle version of the "Wanted Poster" from Harry Potter.

Muggle version of the "Wanted Poster" from Harry Potter. 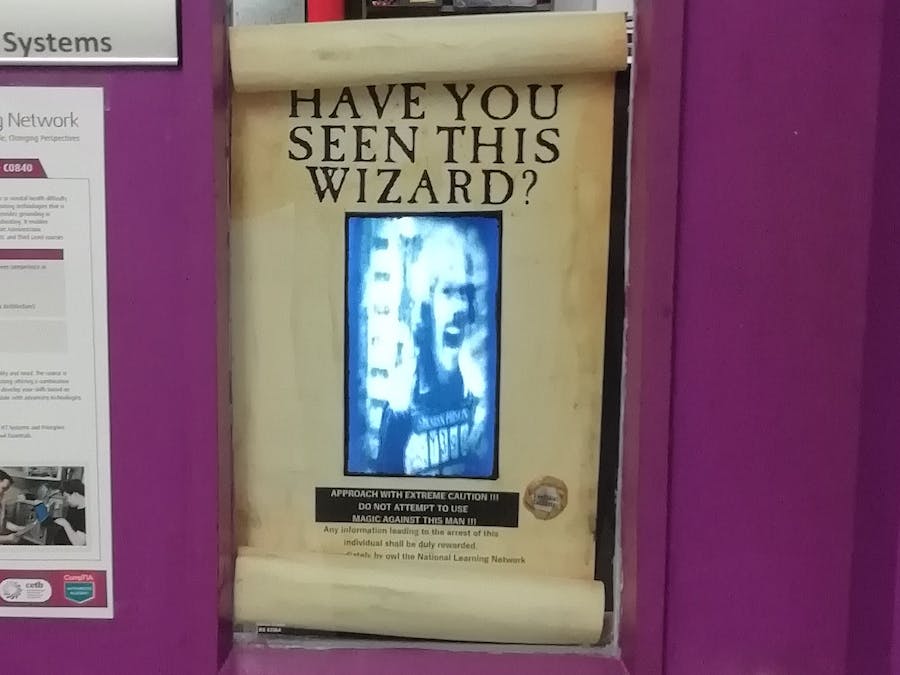 Then used code to insure most recent version of Raspbian Stretch :

and added the text

to the top of the file to enable the Raspberry Pi screen to be changed from landscape mode to portrait.

Forced the screen to stay on and not go to sleep mode so used the code:

Then added the following lines to the [SeatDefaults] section:

Ensure you are in the right directory on the command screen. I had the video clip on the Raspberry PI desktop so I had to go to the desktop in the terminal.

This is the code used for the video loop:

Back of project. Pi case fixed to board by metal straps. Power bank clipped for ease of recharging.