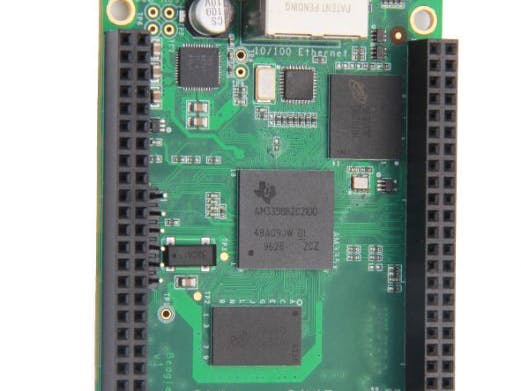 This is an IoT demo which we can upload the temperature info. to the network, and we can view the information in real time. When the temperature exceeds the threshold, and lasts for 1 minute, a warning Email will be sent to you.

Today, I will show you an IoT demo made with BBG, We upload the data to dweet.io and view the information on freeboard.io in real time. The full name of BBG is BeagleBone Green which is designed by SeeedStudio. BeagleBone Green is a low-cost, community-supported development platform for developers and hobbyists. Boot Linux in under 10 seconds and get started on development in less than 5 minutes with just a single USB cable. And more important, it’s compatible with Grove.

By the time you’re done with the demo you will gain the following experience:

1.Be familiar with BBG;

Dweet.io doesn't require any setup or sign-up—just publish and go. It's machine-to-machine (M2M) for the Internet Of Things (IOT) the way it was meant to be.

It’s simple publishing and subscribing for machines, sensors, devices, robots, and gadgets (we just call them things). We call published messages ‘dweets’. It’s helpful to think of dweet.io as a Twitter for things, in fact.

Freeboard can ridiculously simple dashboards for your devices. It's simple to build real-time, interactive dashboards and visualizations in minutes using the intuitive drag & drop interface.

Ready as shown in the figure below.

Let’s make a Grove cable with two branches as shown in the picture. So we can use the UART interface as two GPIOs.

Connect the BBG to network with a standard Ethernet cable. Then connect your BBG to the PC with an USB cable.

Hardware is ready now, we need to programming.

There are three Python files here.

bbg_grove_oled.py is used to drive the oled display.

sendmail.py is used to send the alert email. You should change the Email address and the Email password to your own. Just as the picture below shows.

Then save your changes and run the bbg_iot_demo.py file, Then you’ll find the OLED display is lit up.

Now let's analyse the device and how does it work. As shown in the figure below.

While the Grove-Button not pressed, if the temperature is above 30 degrees last for about 1 minute, the system will send an Alert Email to you.

Now, you can clilk here to view the data on dweet.io, just as the picture below shows.

Then you can click https://freeboard.io/board/tb25OV to view the real-time, interactive dashboard of your device.

And when the temperature is above 30 degrees, the system will send an Email just as the picture below shows.

The LCD panel will display the information as the picture below shows.

This project is made as an Open Source Project. It's a starting point. Let your creativity go wild with the mechanical, electrical and software design. Make the demo your own. Decorate it. Improve the work. No matter what, write a recipe about it.