This tutorial illustrates the use of Python/C hybrid programming environment in Zerynth Studio.

This tutorial illustrates the use of Python/C hybrid programming environment in Zerynth Studio. 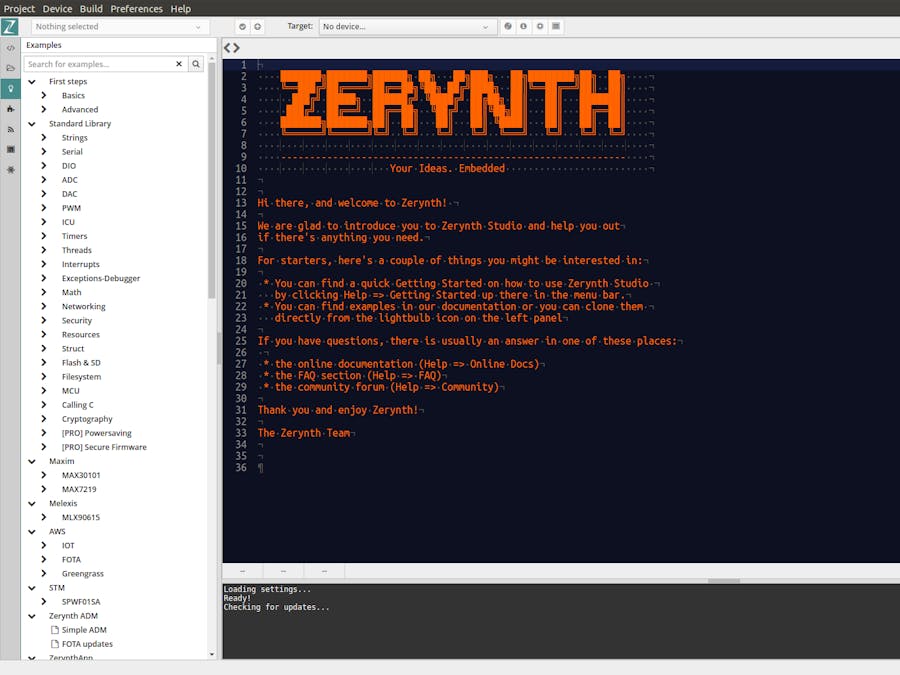 You might be thinking why should I use this hybrid programming environment?

Well, If you are a developer, you are well aware of the hassle you face when you program a simple peripheral driver, handling different kinds of architectures and registers and datasheets.You also lack the high-level features of python programming language, such as objects and readability and easiness of syntax.

Here is an example of blinking an LED in Zerynth using Python and C. This example uses the interrupts on the on-board button, written in C programming language as an example of using this hybrid environment.

In reality, you can do anything in Python like starting a web server or handling multiple threads, while also handling some peripherals in C as PWM or interrupts or anything really!.That’s why I chose to edit an existing project “C Language interface ” example and added “vhalPinAttachInterrupt” to show you how you can access the hardware in an independent way, Also from C.

This project can be made on any of the supported devices by Zerynth, so I picked the DOIT ESP32 DEVKIT V1 Board.

We are going to use the on-board LED and button.

For more info on the Pin-map of the device, click here:

There is a step-by-step guideline of the tutorial in this Video:

2. To give you a brief example of C/Python programming, open the examples bar, open the “C language interface example” then clone it.

3. Once you cloned the example, run the example and open the serial terminal to see the output.The code simply divides to random numbers, the division function is implemented in C in the C-file “cdiv.c”

This simple project illustrates how easy it is to connect your C codes to you python and pass parameters between them easily.

4. Back to our tutorial, create a new project.

5. Copy and paste the sample code provided below into the "main.py" file.

7. Then copy and paste the sample code provided below into the "cdiv.c" file.

8. Then you have to compile(verify) and Uplink the script into the DOIT ESP32 DEVKIT V1. To verify and uplink the script, press the "up arrow" icon found below:

9. Once the uplink is finished, you will receive the message "Uplink done" in the terminal log of the Zerynth Studio.

Starting from the main python file “main.py”, We are importing the streams library, then defining two functions; “blink led” to blink the led, coded in python, and “init_interrupt” coded in python and calls another C function in “cdiv.c” file.We enable the interrupt on the on-board button on both rising and falling edge, and on triggering it goes to the service routine “btn_press_callback”.

Then in the infinite loop we are blinking the LED each half a second.We have already initialized the interrupt so when the interrupt is triggered it would go to its service routine in the C file “cdiv.c” called “btn_press_callback” function.The documentation has all the information needed regarding the python/C interface.

Although in this tutorial the interrupt routine is impemented in C code, it could be used in python as well. For instance:

This line in python calls the interrupt routine on falling edge and setting the service routine function to “pressed” function.

What is important is that the low-level interrupt driver is already implemented and ready for you to use in C or in Python!

In just a few lines of code, you have full capability of Zerynth Python/C programming, by which you can use the high level features of Python while also using the efficiency and speed of C programming language.