A six-legged robot spider that can walk, balance and display sweet visuals on an LED array.

A six-legged robot spider that can walk, balance and display sweet visuals on an LED array. 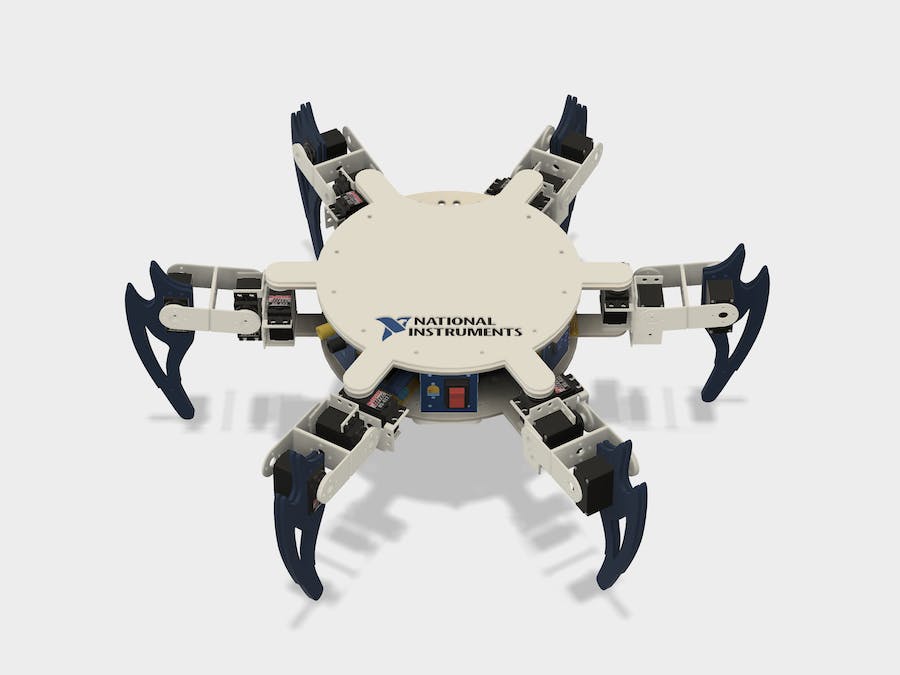 I used to work at a company called National Instruments, and in my time there I build a hexapod robot in my spare time, based around the National Instruments Single-Board RIO (sbRIO) and NI LabVIEW. It was a bit of a hack at the time but it worked. Here's a video of that.

I contacted them back in April 2015 to ask if they wanted an upgrade; re-do the electronics with PCBs, to improve the appearance and branding... And they said yes.

There were three key parts to this project, Mechanical Design, Electronics and LabVIEW Software. Here is the overall system diagram.

It's not especially complex in terms of hardware. All components are shown in blue, bespoke hardware is shown in orange. The system is powered by either an onboard Lithium Polymer (LiPo) battery or a mains power input (selected by a switch). This power input is then regulated by a power regulation board, providing appropriate voltages for the rest of the components on the hexapod.