Unlocking the Secrets of Ethical Hacking With HackyPi

Unlocking the Secrets of Ethical Hacking With HackyPi 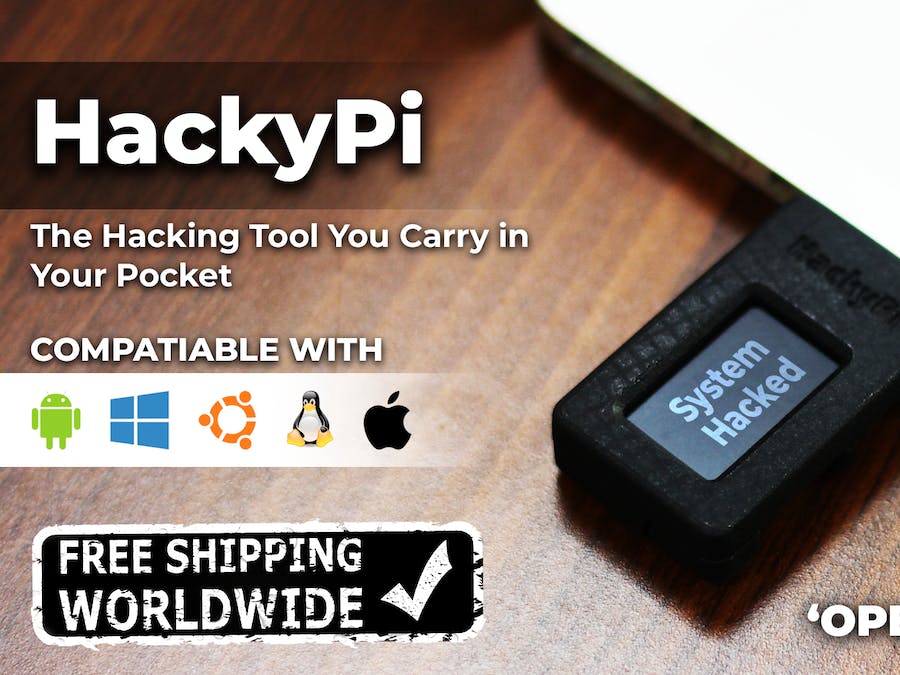 As soon as you hear the word "hacker, " you might think of someone who's trying to illegally access your computer or steal your personal information. But the truth is that hacking can be used for good, too!

That's why I'm so excited about HackyPi, a new Kickstarter project that can help teach people how to code and hack ethically. HackyPi is a USB device that can be recognized as a standard keyboard by computers. This means that you can use it to input pre-programmed keystrokes, which can come in handy for ethical hacking and learning coding programs.

HackyPi is small enough to fit in your pocket, so you can take it with you wherever you go. I think this is a great tool for anyone who wants to learn more about coding and hacking, and I can't wait to see what everyone does with it!

Imagine if you could type on any computer in the world just by plugging in a USB key. That's the power of the HackyPi, and it's never been easier to use.

This tiny, Pendrive-shaped device can be plugged into any USB port and used to type anything you want into any computer - no installation or software required! The HackyPi is the perfect tool for penetration testers, security professionals, and anyone who wants to quickly and easily take control of a computer.

HackyPi is a new version of the iconic

The HackyPi is a new version of the iconic, field-proven hotplug attack tool that invented the Keystroke Injection attack. It is a Human Interface Device (HID) that looks and functions like a keyboard, but instead of typing normal text, it can inject keystrokes and execute scripts on connected computers. This allows an attacker to take complete control over a system, even if they do not have physical access to it.

How to Invoke the Field-Proven Hotplug Attack Tool

To invoke the HackyPi, simply insert it into a USB port, and done. This will activate the microcontroller and load the default payload.

HackyPi can be used for multiple purposes

The payload is the sequence of keystrokes that the HackyPi will send to your computer once it's in range. By default, the payload will run a script onto your computer. But you can customize it to do anything you want, including attacking websites, gaining access to passwords, or even taking control of your computer's mouse and keyboard.

HackyPi can be used for multiple purposes. First, it can be used as a keystroke injection attack tool that can help you unlock passwords and access sensitive data. It can also be used as a means of communication with other systems, or even as a debugging tool.

But that's not all. HackyPi can also be used as a social engineering tool to help you gain access to systems that you're not authorized to access. By using it to mimic the actions of an authorized user, you can easily bypass security measures and get what you need.

What the Keystroke Injection Attack Is Capable Of

So what exactly is the Keystroke Injection attack? In a nutshell, it’s when a malicious device like a HackyPi injects keystrokes into the target computer, allowing the attacker to control the machine or steal data.

Using this attack, an attacker can remotely access and control someone’s computer without them knowing. Another common use of this attack is to execute a series of commands that have been written in advance on the target computer - in effect, creating a backdoor into their system.

It doesn’t matter if the target is running Windows or Mac OS, because HackyPi universal spec Human Interface Device (HID) will work on both platforms. It’s also plug-and-play, meaning that it can be used on any system without needing any special privileges or installations.

Using a Universal Spec HackyPi has many advantages. Firstly, it's lightweight and easy to use, so even novice users can utilize it without much effort. Plus, it allows you to perform the keystroke injection attack on any system that supports HID devices.

With HackyPi 's advanced scripts and payloads, you can execute complex tasks with minimal effort and speed. Its modular design also makes it easy to modify payloads for different use cases. Additionally, HackyPi has support for multiple languages, so you can code in the language of your choice. Also, it comes with a number of security features that ensure your data is always safe and secure.

Overall, there is no doubt that the Universal Spec HackyPi packs a punch when it comes to carrying out quick yet effective attacks on any system supporting HID devices.

So if you're looking for an easy way to take control of a computer, the HackyPi is the perfect tool for the job. It's simple to use and very versatile, so you can use it for all sorts of attacks. Plus, it's very small and easy to carry around, so you can take it with you wherever you go.

So if you're looking to add some extra power to your hacking arsenal, the HackyPi is the perfect tool for you, It is available on Kickstarter at 17$ with free shipping worldwide.