The simplest Arduino-based drawing car ever.

The simplest Arduino-based drawing car ever. 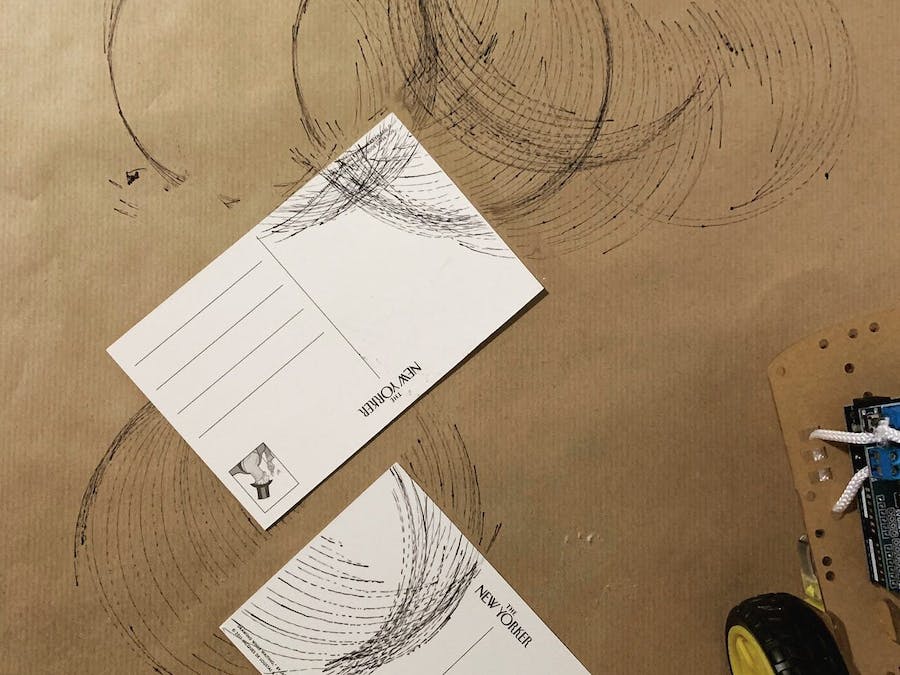 To get to this, let's start with the assembly:

I bought this car chassis:

I decided not to use some of the parts, specially the front wheel as rolling forward and backward wouldn't make straight lines because the wheel rotates as well. Instead I put some semi sphere made of plastic which I took from a roll-on deodorant. So the end result is this:

Now, the Arduino and Motor Shield.

Arduino (ELEGOO UNO R3) to the left. L293D Motor Shield to the right

The Motor Shield provides an easier set up for your motors and also allows to control their direction and speed. It also protects the Arduino from any current coming back from the motors and even lets you plug it to higher voltage sources. I use a 9V adapter for example.

To install the shield you just need to put it on top of the Arduino and press down as shown below.

Just put the shield on top of the Arduino

Motors wired to the Motor Shield

There's one optional step and it's to secure the board to the car chassis. I used a small string and also put the circuit in the front part of the chassis because I want my pen to be between the wheels, in this way it's easier to control the results of the drawings.

Attached the board to the chassis using a string

Alright, so everything is in place and now we can just put a pen on top of it and it will draw something cool.

All parts in place

Well, not so fast. We still need to program the thing!

I used the Arduino Online Editor and you can find a copy of the code here.

The drawing happens in the loop and it's very simple

The code is self-explaining. This car will do semicircles forever XD.

Thanks for reading and if you think this is too simple I invite you to check my other project: Alexa, launch a paper plane. 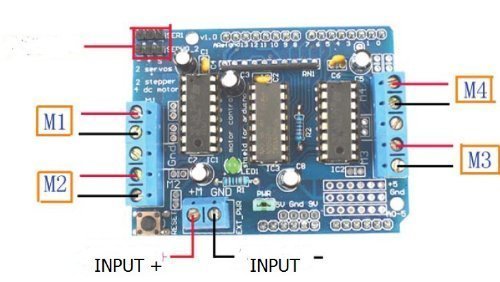