The O-Watch Simple Watch code tweaked to use the Arduino Zero's built-in RTC, plus a couple other tweaks.

The O-Watch Simple Watch code tweaked to use the Arduino Zero's built-in RTC, plus a couple other tweaks. 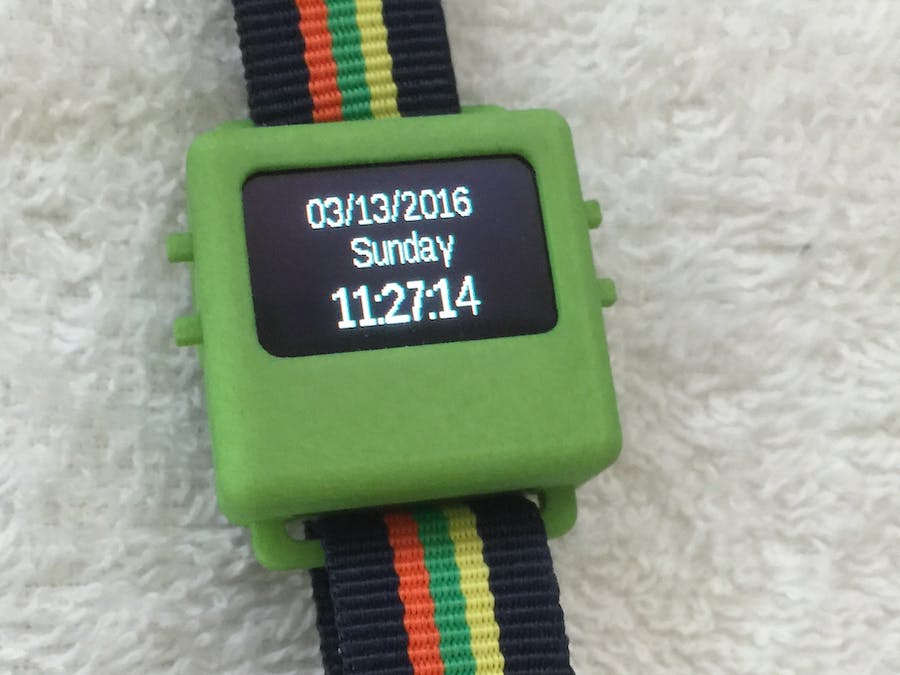 Let's take the Simple Watch example, and tweak it to use the O-Watch's built-in Real-Time Clock (RTC).

It is strongly recommended that you get the Simple Watch example working on your watch before trying this one.

NOTE: If you are seeing errors with RTCZero.cpp failing to compile, see the comments below.

(When you get this project working, if you'd like a LOT of watch faces to choose from, check out Mult-O-Watch.)

By itself, the Arduino Zero processor at the heart of the O-Watch can keep pretty good time just by counting to itself. This is how the Simple Watch example works. If you let your O-Watch run Simple Watch for a few hours, you'll probably notice that its time is off by a few minutes. So, it does a pretty good job of keeping track of time, but not great.

But the O-Watch--because it is based on the Arduino Zero--also has a Real-Time Clock chip built-in, which keeps extremely accurate time. So, let's use it!

To do that, we'll need to include the Arduino Zero's RTC library. You can do either of the following: