Then I said, "Let there be avatar" And avatar appeared.

What If Alexa Has An Avatar?

What If Alexa Has An Avatar?

Then I said, "Let there be avatar" And avatar appeared. 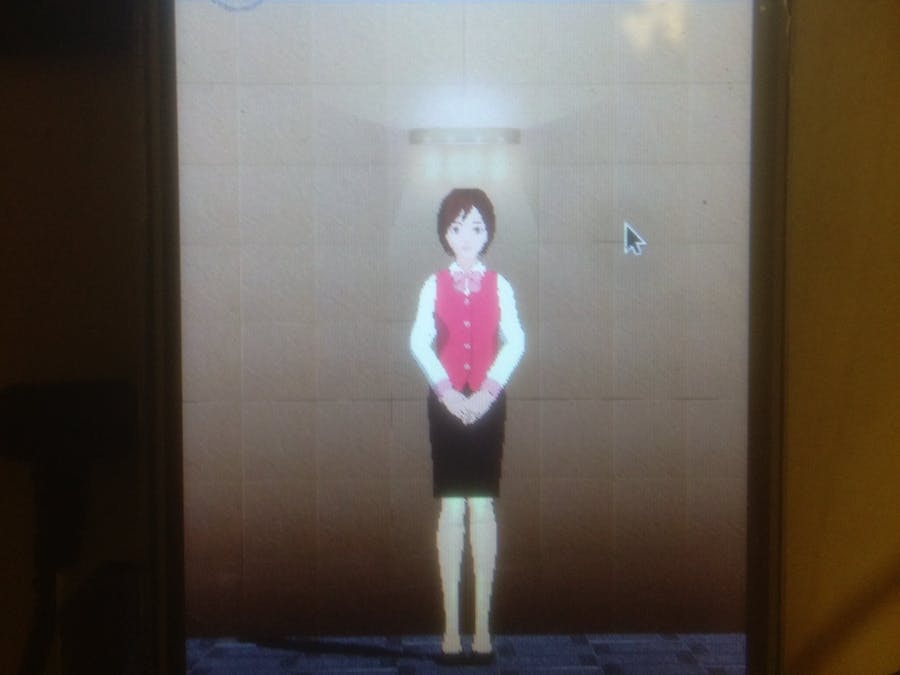 I have been thinking that it is a little dumb (even creepy) to just talk to a black speaker. I believe that the communication will be much more natural if Alexa has an avatar. Therefore, I have been working to bring Alexa alive, right in front of you with an Avatar. After days of work, eventually I figure out a framework, which is very flexible and open to further development.

The key words are MMDAgent, Mikumikudance, snowboy, Alexa AVS, Alexa ASK, and Raspberry Pi. I'd like to explain how it works in the following.

There are a lot of possibilities with the help of specially designed Alexa skills, which could take advantage of 3D character. One obvious example is that Alexa could dance with the music now, and she could also change her clothes based on the weather and the room temperature. Do you want to see your Alexa dressing in Bikini? It's time to shop some clothes for your Alexa today!

MMDAgent with Alexa on RPi

Setting up of Raspberry Pi 2 or 3

1 or zero is not recommended due to limited CPU and GPU performance. Install raspbian using NOOBS from a brand new TF card and RPi, Format your card using: https://www.sdcard.org/downloads/formatter_4/

Remember to turn format size adjustment on. Download the NOOBS from: https://www.raspberrypi.org/downloads/noobs/

Extract to you TF card and more details you could refer:

Connect keyboard, mouse and HDMI monitor to RPi, Ethernet is not necessary if you have WiFi. Turn on your RPi and set up WiFi if necessary, then choose to install Raspbian.

Choose advanced options, GL driver and then yes. Meanwhile, you also need to adjust the GPU memory to 256 Mb in Menu->Raspberry Pi Configuration->Performance

use glxgears to test the FPS, it should be around 60FPS instead of previous 25FPS

Install the following packages in order to compile

Remember to put it inside MMDAgent-1.6.1 and edit Library_MMDAgent/src/lib/MMDAgent_util.cpp to replace

I don't know why RTLD_NOW cannot load the SubProcess plugin correctly, so I just use the LAZY approach as work around..

But after this edit, another issue regarding the PortAudio will appear, because it seems that it cannot detect the right endian, so we have to define it manually in

Eventually, you could make x11 and it will take a while.

To make sure you have the Plugins ready and remove the unnecessary Plugins as below:

Since we do not use the Japanese recognition and synthesis. Download MMDAgent_Example and put it in the Release folder of MMDAgent-1.6.1

You will see MMDAgent if it could run correctly.

You could type d to show the log info and the FPS too.

Finally, we have set up MMDAgent on RPi.

The Alexa and Snowboy part

Before using the Alexa and Snowboy plugins for MMDAgent, I strongly suggest you try the great AlexaPi and Snowboy demo firstly, since most of the plugin implementation are based on them. In order to do recording, you also need USB microphone or audio adapter. I personally used USB web cam with microphone and you should be careful that some USB audio adapter cannot support 16K sampling rate, which is needed by Snowboy.

Download the Alexa and Snowboy plugins into Release as below:

which includes mmdagent_snowboy.py, mmdagent_alexa.py and the updated MMDAgent_Example.fst script which is used to load these plugins. Meanwhile, there are some snowboy related libraries and model file too.

It should be noted that you could customize your wakeup work through the Snowboy website.

Another note is that I used a 3.5 inch SPI LCD screen in my case and I did not cover its configuration in this tutorial.

Finally, you could use Alexa or snowboy to wake it up and speak to Alexa now.

There is still a long to do list, and some of them are:

You are more than welcome to contribute to this project.