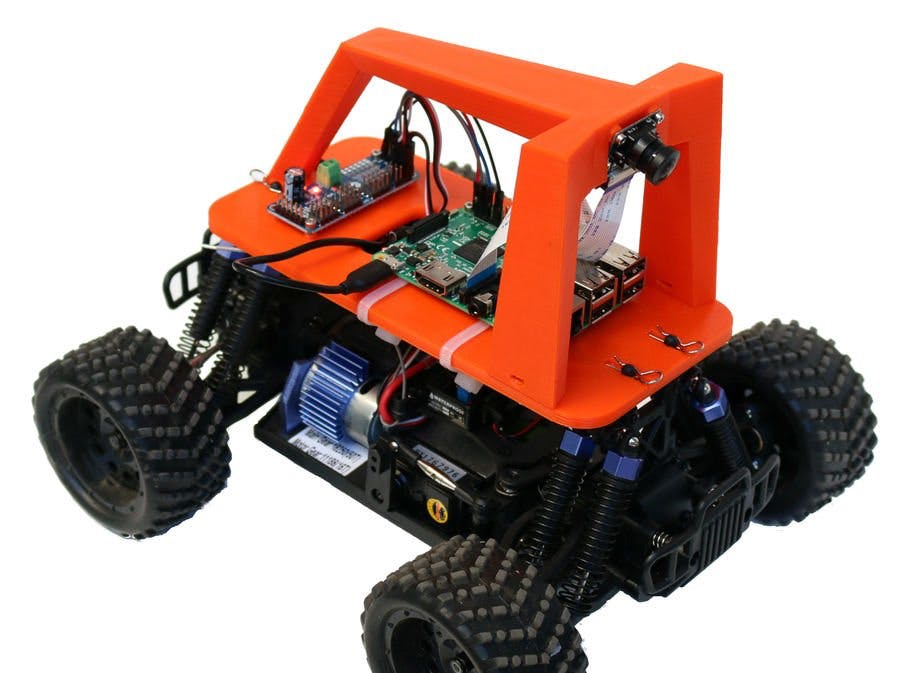 This project is designed to provide security and peace of mind within the home. By creating an autonomous robot that moves around within the home, it can replace one expensive security system that involves multiple sensors and cameras with just one unintrusive robot.

I have found that using this R/C car indoors has not been perfect, as it is more difficult to control and train than cars that go slower.

The initial setup for the DonkeyCar was not difficult after simply following the instructions here. However, I came across a faulty camera module after I booted it up the first time, resulting in delays.

When I started up the DonkeyCar software, the camera feed was blank:

No image shows up

After swapping in a new Raspberry Pi compatible camera, I got an image and could then begin driving around and training the DonkeyCar.

Being an indoor system, my "track" was already made for me in the form of walls around my hallway. This project required no additional hardware due to it only requiring a camera, which is part of the DonkeyCar materials list.

After practicing driving the same path over and over, I started "recording" on the DonkeyCar to gather image data for training. Afterwards I put the data onto my desktop to create the neural network.

By itself, I could not find a way to record the camera footage. So, I needed to write a script that would run on the Raspberry Pi to save footage to the Pi. (See code below.)

In the future, I would like to add an IMU onto the DonkeyCar to provide more precise driving. The camera itself does an okay job but it is easily thrown off if I walk in front of it while it runs.

Additionally I would like to swap out the base R/C car for a slower one so I would be able to control it better for training purposes.