Securely prove that you have been to a site at a specific time with JSON web tokens signed in QR format.

I Was There... Recycling the Waste!

I Was There... Recycling the Waste!

Securely prove that you have been to a site at a specific time with JSON web tokens signed in QR format.

"I was there" creates secure temporary QR tokens (JSON Web Token) signed by an Azure Sphere device for later verification.

On many occasions we have to show that we have been in a certain place and at a certain time.

We do not want users to have to be previously identified, so solutions such as identification cards (magnetic, with chip, contactless cards, or smartphones with NFC tags) are not worth us. Nor are solutions worth using biometric identification.

IWT (I Was There) generates QR codes with a dated token independent of the person, signed and unique to avoid its modification as a guarantee that the token has not been modified later.

Prototype implementation of IWT for a program of awards to citizens who recycle:

Alternatively, the device may generate an inaudible sound signal that can be recorded with any sound recording device (implementation pending).

During the design of the solution I have encountered several problems that have conditioned the final solution:

My first decision was to try to incorporate a crypto-processor module to perform the encryption, signatures and store the cryptographic keys. Unfortunately, I still did not receive the cryptographic module on time and had to opt for a software solution.

The advantages of working with the Azure Sphere solution

Once button A has been pressed if a new prize status was received for the next QR, the prize associated to the QR is displayed. Option for customer loyalty programs.

Then the new QR code containing a signed JWT token. A time set from the Azure cloud will be in this state.

When the B button is pressed, a clock with the current time of the device is displayed and if pressed again the application settings are displayed.

Anatomy of the JWT Token QR

The QR code contains this string:

It is a JSON Web Token in its compact form. A JWT typically looks like the following: xxxxx.yyyyy.zzzzz

JSON Web Token (JWT) is a compact, URL-safe means of representing claims to be transferred between two parties. JSON Web Token (JWT) is an open standard (RFC 7519). The claims in a JWT are encoded as a JSON object that is used as the payload of a JSON Web Signature (JWS) structure or as the plaintext of a JSON Web Encryption (JWE) structure. This information can be verified and trusted because it is digitally signed. JWTs can be signed using a secret (with the HMAC algorithm) or a public/private key pair using RSA or ECDSA. https://tools.ietf.org/html/rfc7519

It consists of three parts separated by dots (.), which are:

The Header: declares that the encoded object is a JSON Web Token, and that it is signed using the HS256 algorithm.

The Payload /Claim: we are using two registered claim names. In the context of JWT, a claim can be defined as a statement about an entity, as well as additional metadata about the token itself. The claim and that the server can use to properly handle JSON Web Token authentication. There are multiple claims we can provide; these include registered claim names, public claim names and private claim names.

Azure sphere does not provide APIs to get hardware support/acceleration for cryptographic function calls from the A7 and/or M4 subsystems. So we are using wolfSSL embedded SSL library (formerly CyaSSL)

The wolfSSL embedded SSL library (formerly CyaSSL) is a lightweight SSL/TLS library written in ANSI C and targeted for embedded, RTOS, and resource-constrained environments - primarily because of its small size, speed, and feature set. It is commonly used in standard operating environments as well because of its royalty-free pricing and excellent cross platform support. wolfSSL supports industry standards up to the current TLS 1.3 and DTLS 1.2 levels, is up to 20 times smaller than OpenSSL, wolfSSL is powered by the wolfCrypt library.

HMAC initialization is done with wc_HmacSetKey(). For the project we are using HMAC SHA-256

hmacDigest now contains the digest of the hashed data in buffer.

Whenever a new weekly QR code is issued asynchronously an event to the Azure cloud, either to Azure IoT Central or to Azure IoT Hub as the application was built.

The points seen in the next image correspond to events of QR code generation after pressing the A button or when the reed switch detects a step from open to closed.

We can see a detailed list view of the events with the generated QR ID.

New award or information messages can be programmed from IoT Central or completely disabled.

Different from the traditional SPI protocol, the data line from the slave to the master is hidden since the device only has a display requirement.

SCLK is the SPI communication clock.

SDIN is the data line from the master to the slave in SPI communication.

(RES#) is reset signal input. The Reset is active low. Note 1.5-4: This pin (BUSY) is Busy state output pin. When Busy is High the operation of chip should not be interrupted and any commands should not be issued to the module. The driver IC will put Busy pin High when the driver IC is working such as: - Outputting display waveform; or - Communicating with digital temperature.

SPI communication has data transfer timing, which is combined by CPHA and CPOL.

Data transmission starts at the first falling edge of SCLK, and 8 bits of data are transferred in one clock cycle. In here, SPI0 is in used, and data is transferred by bits, MSB first.

In addition to launching the new QR code when the button is pressed, we can activate it when it detects when the user using the recycling container using a proximity sensor.

We are using a Reed Switch and a magnet to detect if the user opens the container door.

From Android device with QR Scanner: 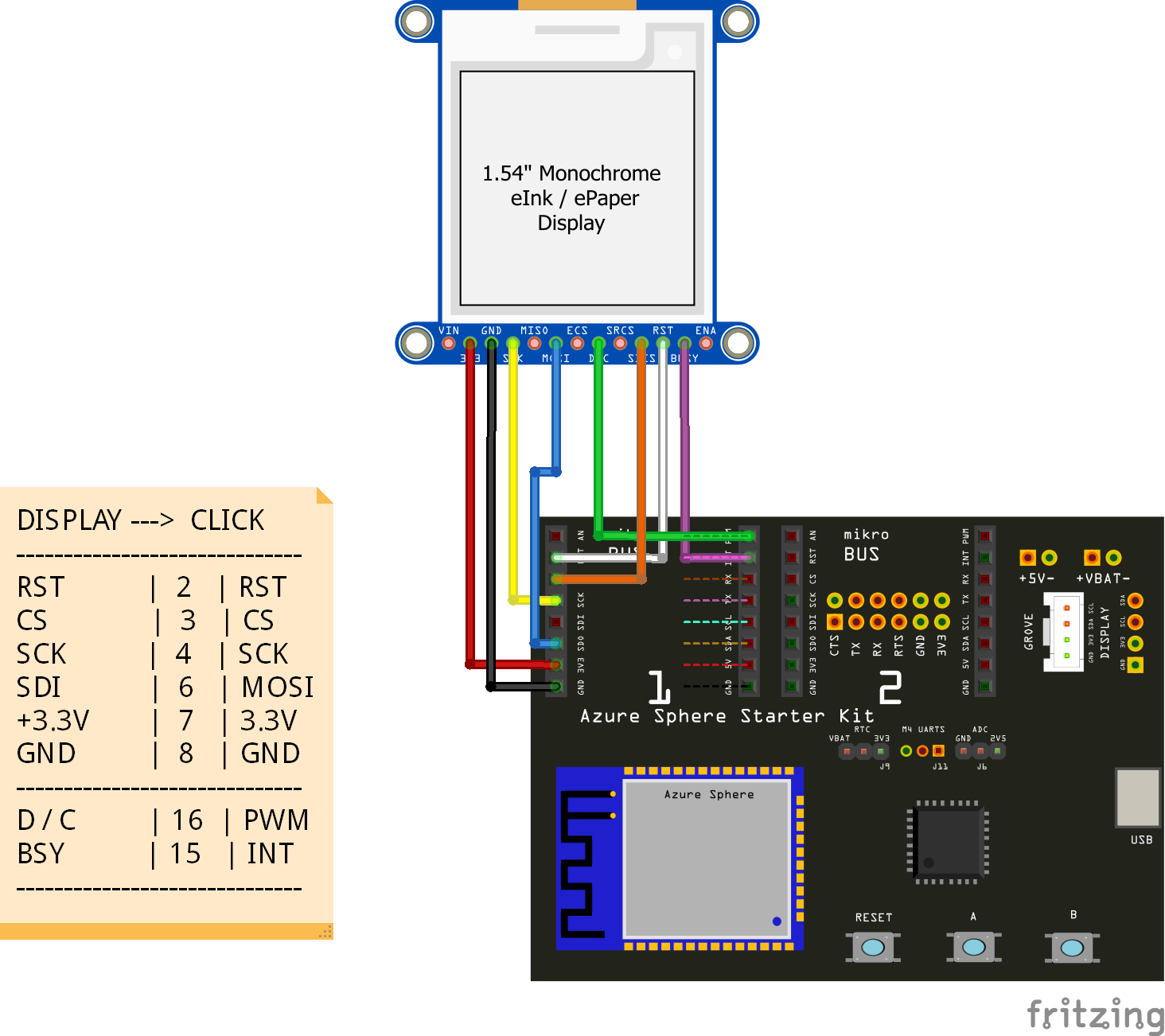 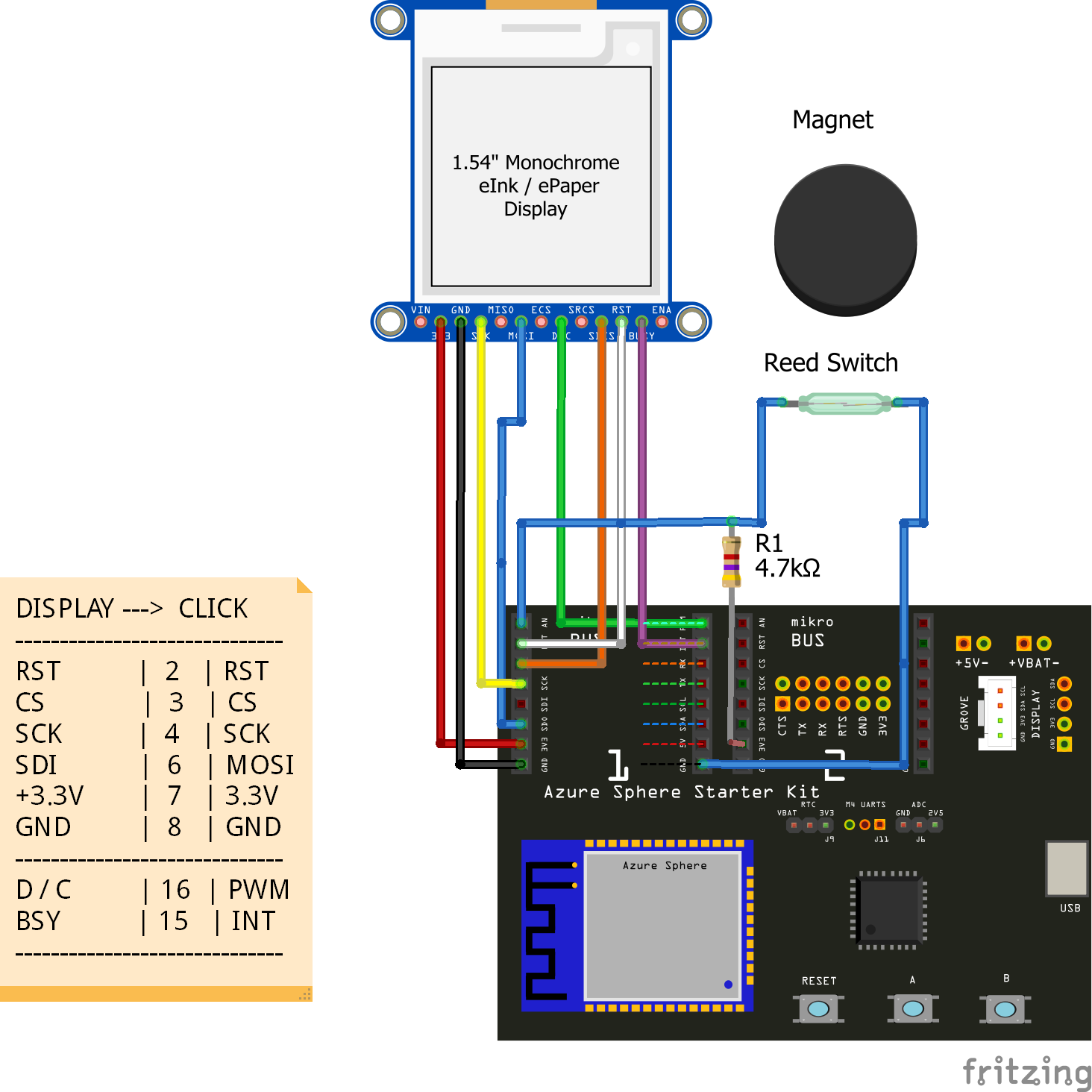