Using an Arduino board to monitor fluctuations in body temperature to determine mood and then tweets based on your mood range.

Using an Arduino board to monitor fluctuations in body temperature to determine mood and then tweets based on your mood range. 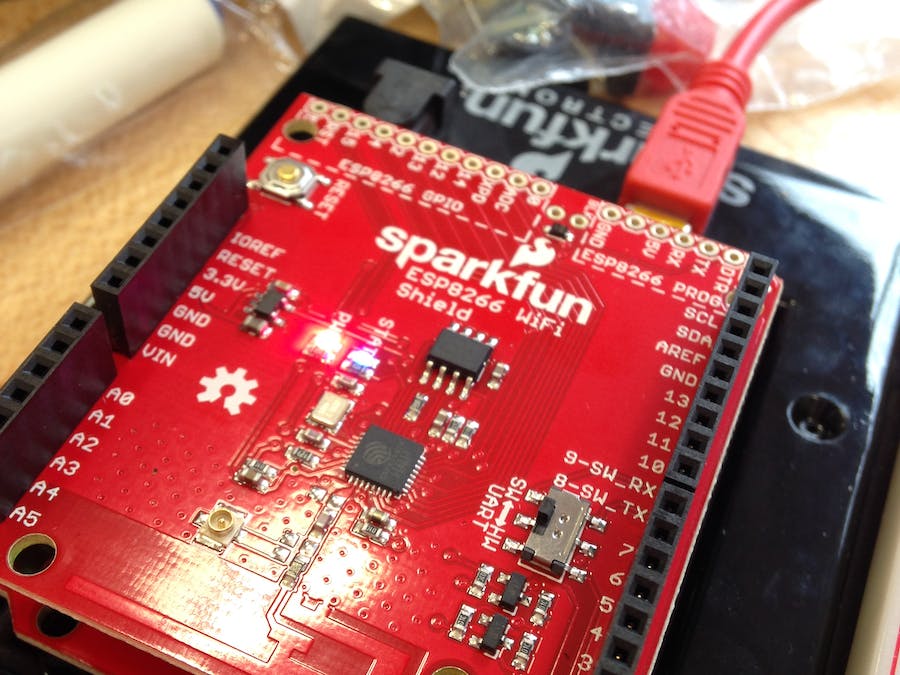 Everyone has owned a mood ring, whether you are too ashamed to admit it or not. What you have not owned is a mood detector that reports your moods to a Twitter feed.

We were very much inspired by another project where a moisture detector was put into soil to determine if the plant needed to be watered and the information was output as tweets. Our idea is to attach a temperature sensor to an Arduino board and sending the output to Twitter (most likely via a smart phone), allowing it to tweet based on the information it is receiving. This will require us to more than likely purchase external pieces, such as an Arduino Uno board and an Ethernet shield in order to set up the device to connect to Internet. The actual process to get the Arduino board to connect to the Internet and creating a library of tweets seems rather complex, and we expect to hit several road blocks along the way with this.

By providing links to funny videos or stress reducing music in a tweet, the mechanism would interact with you based on your reactions to it. This is the key component of biomedia. Biomedia is the interconnection of human processes with technology. It is basically using technology as an extension of the human body. Other projects similar to this have been done, including MoodMetric, a temperature sensing ring that logs the data into an app to monitor mental health and know what events cause someone the most stress.

The ring did without the color changing stone, but incorporated the same concept of the mood ring (see article here:http://www.dazeddigital.com/artsandculture/article/22694/1/the-humble-mood-ring-gets-a-wearable-tech-update)

The ring is not yet readily available, and the company is mainly working on marketing the product. Part of our initial work has included setting up the Twitter page and then fooling with the Arduino board to see how complicated connecting it to wi-fi would be (an impossible task on a university wi-fi).

The first image is the working Twitter page for the assignment. There are limitations working with Twitter. For instance, with only one Twitter page, it can only monitor and update on one person’s mood. However, for the intent of the project, one feed will suffice. The second picture is the Arduino board connected to a wifi shield, with a temperature sensor on the breadboard (which is not currently connecting with power). It was taken as we tinkered with attaching wifi to the Arduino.

4 projects • 4 followers
This is my Hackster site for my Communication and Technology class, where I will be posting regularly regarding my final project.
ContactContact
Thanks to Rachel Mintel.