Drive a radio-controlled car via a RESTful API using any internet-enabled client!

Drive a radio-controlled car via a RESTful API using any internet-enabled client! 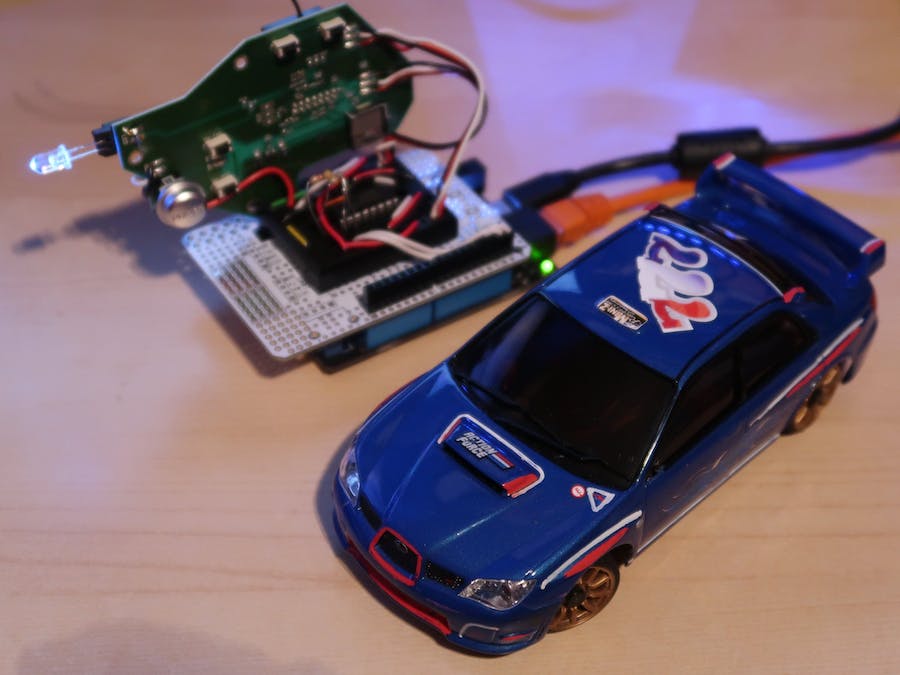 As a long-time .Net and Visual Studio fan, I was immensely excited when I discovered the original Netduino - finally I could use the same IDE I develop software with all day long for my hardware projects! I somehow got distracted with a million other boards along the way, but this contest allowed me to rekindle my love for the .Net Micro Framework - this time re-imagining a project I'd created back on the original device which allowed me to control a radio control car via a PC - but now with added IoT goodness thanks to the networking capabilities of the Netduino 3 Ethernet! 🎮🏎️

The first step in my project was tearing down the KT-18 controller from my Mini-Z in order to replace the potentiometers that are used in the steering wheel and throttle trigger with a DS1803 Addressable Dual Digital Potentiometer, allowing me to emulate their positions digitally. I connected the DS1803 to the Netduino's SDA and SCL pins in order to communicate with it via I2C. I then refactored to create a DS1803 object for better abstraction from my main Program.cs.

With the digital potentiometer functional, my next step was to IoT-ify everything! The Netduino Getting Started guide includes a section on Networking which was a helpful overview, but I ran into a lot of problems getting networking...working! 😅 It wasn't until I discovered the RgbLedHost example that I managed to get a cohesive web server functioning, and as a bonus I discovered how to use event-based functions as an interface between classes.

With a basic web server in place, I was then able to flesh out a RESTful API with endpoints to control various steering and throttle functions.

the server serves pages with links to endpoints for easy testing

The full source can be found here:

and if you work through the individual commits, you can see how it all came together (eventually!):

To recreate this project, simply connect the Netduino 3 and DS1803 via I2C (don't forget pull-ups!), and the RC controller potentiometers to the DS1803, then clone the GitHub repo and build IoRCT.sln. Deployment instructions can be found in the Getting Started guide.

This project ended up taking much, much longer than anticipated - I'd expected to be able to just sprinkle networking over the I2C functionality, but it turned out to be extremely finicky and I spent several solid days just trying to figure out why networking was failing. I suppose that made my victory over the problems I encountered even sweeter in the end! 😆

I'd hoped to build a cool client for the API, such as a Pebble watchapp, but I spent so much time wrangling networking that this was not possible. I'd also like to extend the number of API endpoints to include more "sequences" like the existing "circle" functionality. I guess the ultimate success would be pre-programming an entire track - or adding a real-time camera to the car that streams to a web view to allow an "on-board" driving experience! 🤩