With budget funds an easy entry into the construction of bots.

With budget funds an easy entry into the construction of bots. 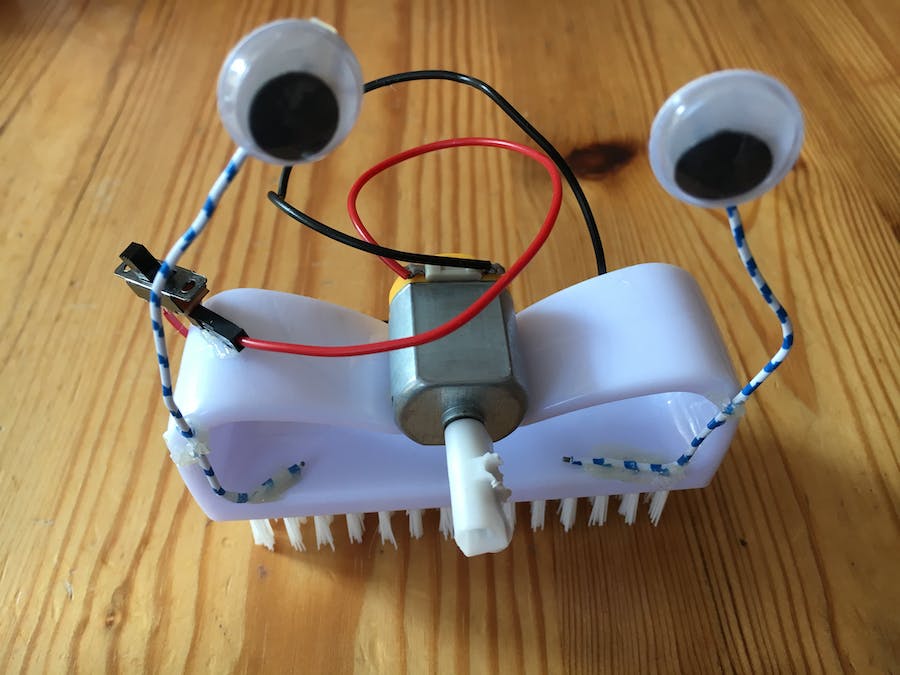 Today, I've come up with the proof that 7-year-old boys not only like ice, but are also interested in electrical circuits: especially when soldering is allowed to assist and in the end something moves. So we assembled our "Bristle-Bot" in about 30 minutes and immediately started against a dust mob.

Advertising block: the suggestion came from a book "Robot self-build" by Daniel Knox. (I do not receive any commission). We made the first base bot.

After successfully testing that the motor can be powered by the battery and the switch can break the circuit, the assembly was attached to the bristle with hot glue and added to paperclips with shaky eyes.

The little bot does not have it easy against the big dust mob, but the little bot works until the battery fails ;-)A similar example can be found in the Bible, when David took on Goliath in battle. 1. Samuel - Chapter 17

We had a lot of fun together: learned about circuits that a soldering tip and also the hot glue need for a while to heat up, how a switch works and the voltage of a AAA battery is harmless.

180 projects • 166 followers
I am well over 40 years and come from the middle of Germany.
ContactContact