I used C++, NodeJS, Node-Red, Python and Arduino Sketch on the same platform to control a boiler and connect it to the internet.

I used C++, NodeJS, Node-Red, Python and Arduino Sketch on the same platform to control a boiler and connect it to the internet. 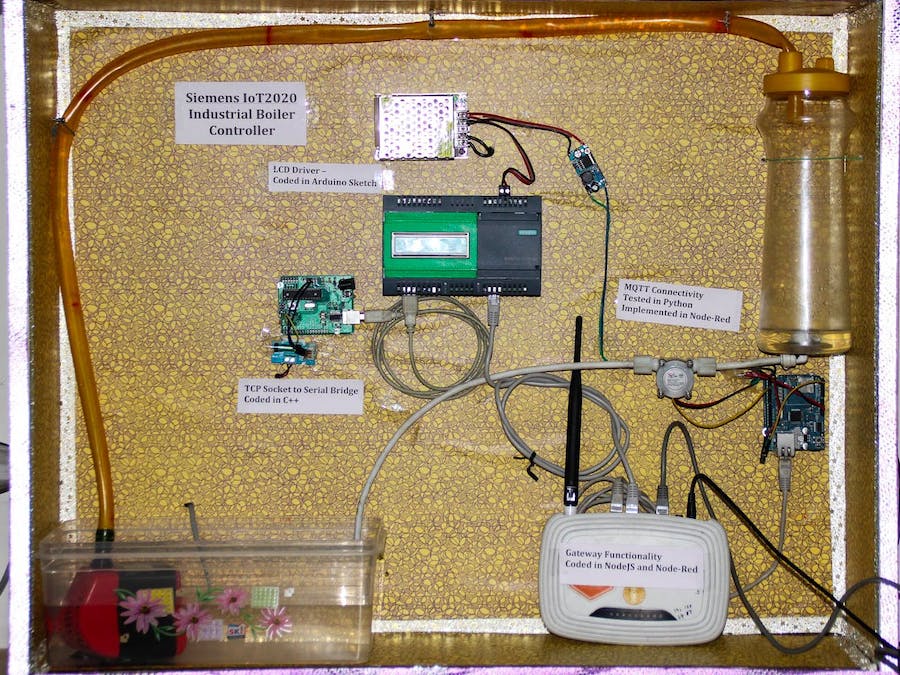 The IoT 2020 is based on the Intel Galileo 2 and is a flexible IoT Gateway for makers and comes with industrial Certifications. In this projects I wanted to demonstrate the flexibility of the platform in an industrial application and hence selected a simple Boiler Controller.

I used a water pump as a fuel pump and use gravity to turn a flow sensor for a steam turbine. It is simple but effective.

To demonstrate the flexibility of the system I am using 4 programming languages on the same platform simultaneously.

The first part is the Pump controller which uses an arduino with a Modbus like TLV protocol. An FTDI is used at the USB interface and I have written a TCP to Serial bridge that translates commands on a TCP Socket to serial or Modbus commands.

The code is written using the SDK provided by Siemens and is executed on the IoT2020 natively.

I tested it out using a python script that ALSO runs on the IoT2020 itself.

I use a RGB Color LCD driven by an Arduino sketch using libraries provided by the manufacturer. This is simple and runs in parallel with the rest of the code.

For remote sensors, I used an Arduino UNO with an ethernet shield to send data to an MQTT broker. Mosquitto runs on the Iot2020 and relays messages to a NodeJS service. Later I move the NodeJS service to Node Red but the Arduino sends data over the local network on a single topic.

This data contains temperature data from an LM35 as well as a flow sensor.

The system can be manually controlled as well using buttons on the local dashboard.

The data is transmitted online for a dashboard. The data is pushed via curl commands as POST requests and is updated once every seconds. This can be changed in Node Red if required.

Here is a small explanation and demo video of the code as well as every individual module. 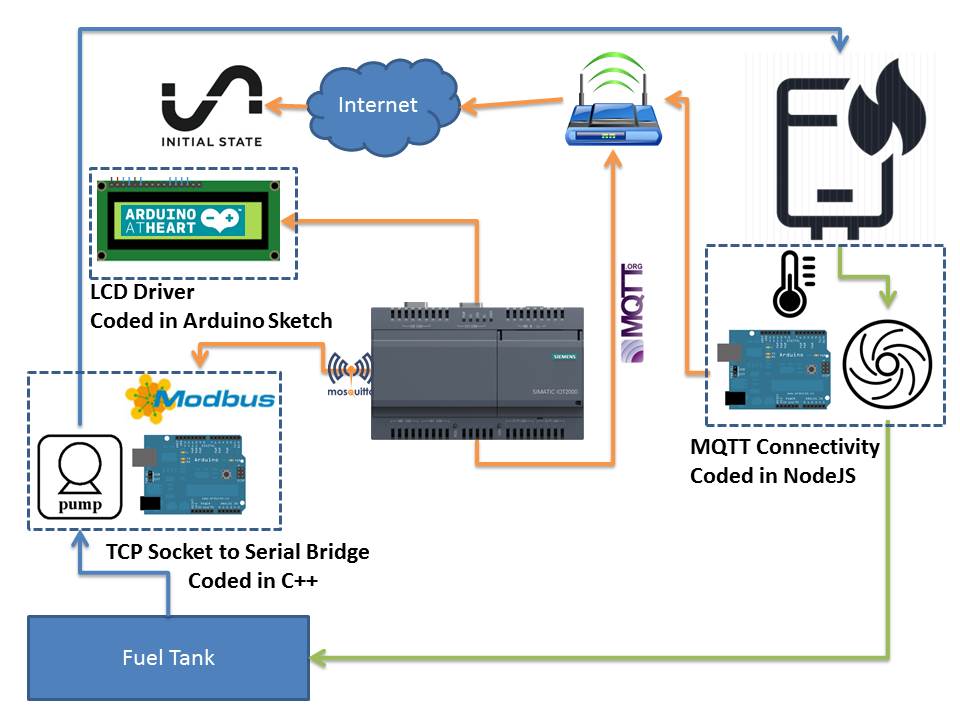 7 projects • 9 followers
I design things, I make them, I reinvent them and teach them. #DIY, #research, #IoT, #embedded, #RaspberryPi, #Arduino, #EEE
ContactContact