Shrinking your Arduino projects saves you money and space! Here I show step by step how to program an ATtiny85 chip.

Shrinking your Arduino projects saves you money and space! Here I show step by step how to program an ATtiny85 chip. 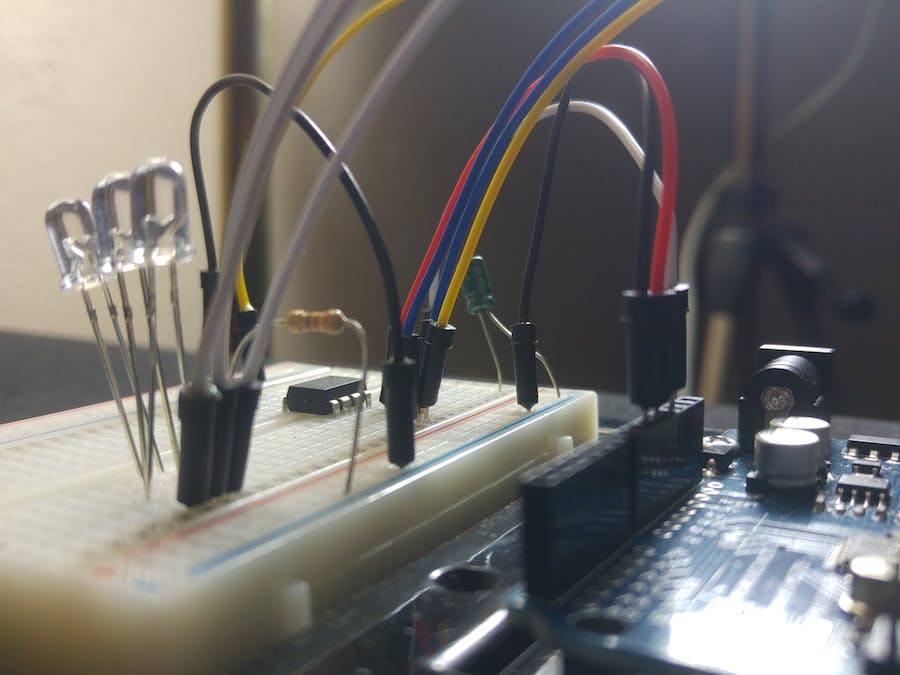 Today, we are going to build a circuit to program an ATtiny85 with our Arduino.

We are going to need the following:

For Extra visual's (that are not really required) I'm going to add:

Before we start with the circuit build, head over to the Arduino IDE.

Open the Sketch ArduinoISP from the File, Examples and ArduinoISP menus:

The Arduino software does not natively support the ATtiny85 so we need to add support for it.

Note that you will require an internet connection for the ATtiny board manager to download.

Lets set up the program to use the Arduino as a programmer.

The chip has 8 pins, to program the ATtiny85 we are interested only 6 of them MISO, MOSI, SCK, RESET, Ground, and Positive.

If you look closely at the chip you will see a dot. This is Pin 1. Pin 2 through 8 follow in an anti-clockwise order around the chip.

Conveniently the headers on the Arduino are easy to work with to program the ATtiny85.

We are ready to jump into building the programming circuit:

The programmer will now work, but I'm going to add some LED's because LED's are fun to have.

Back to Arduino IDE

Head back over to the Arduino IDE. First we need to burn the Bootloader to the chip.

Once that is done, you can upload Arduino Sketches to the ATtiny chip, as if it were an Arduino. 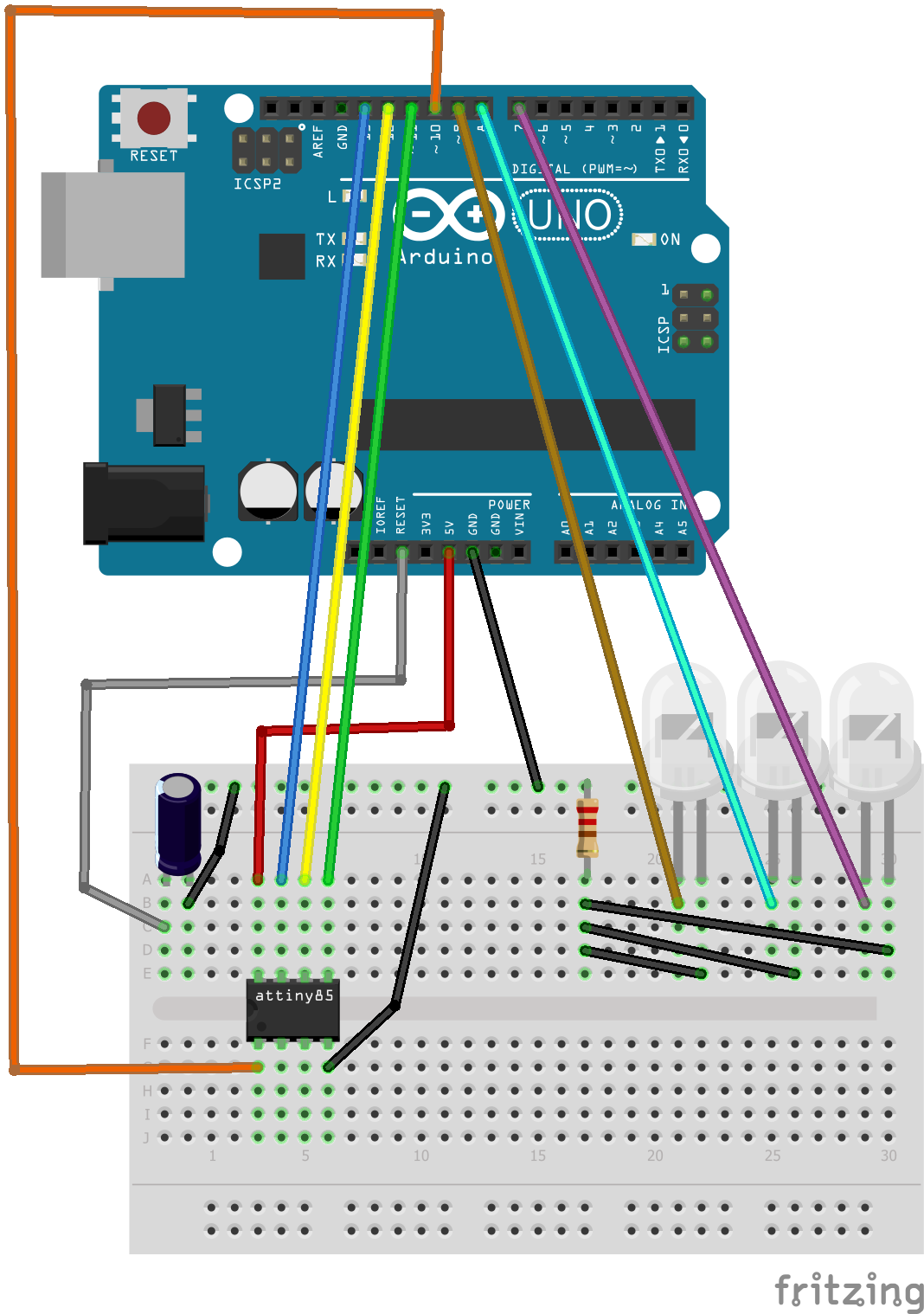 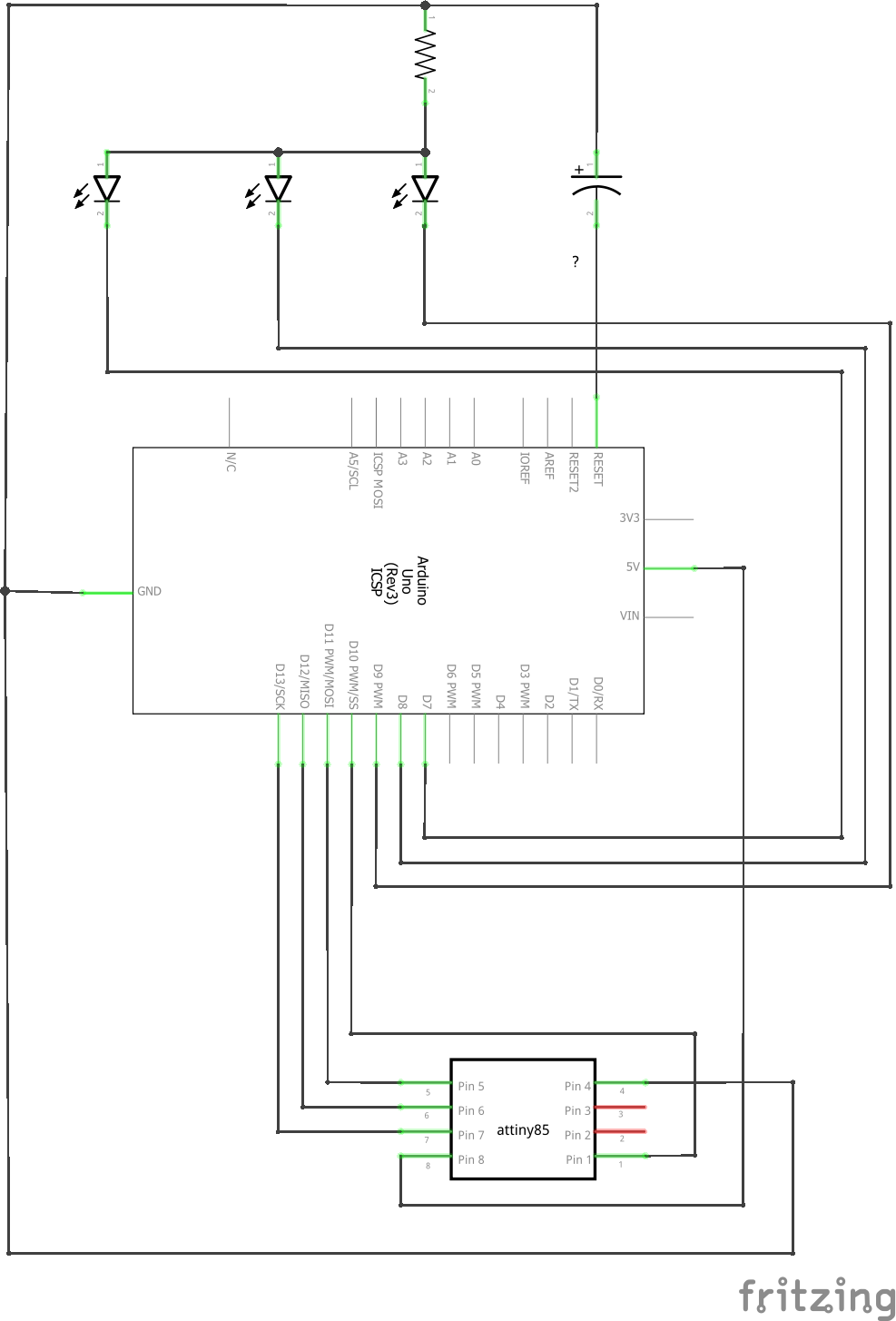 6 projects • 56 followers
I like stuff, from building rockets to elctronics.
ContactContact
Thanks to Randall Bohn and David A. Mellis.