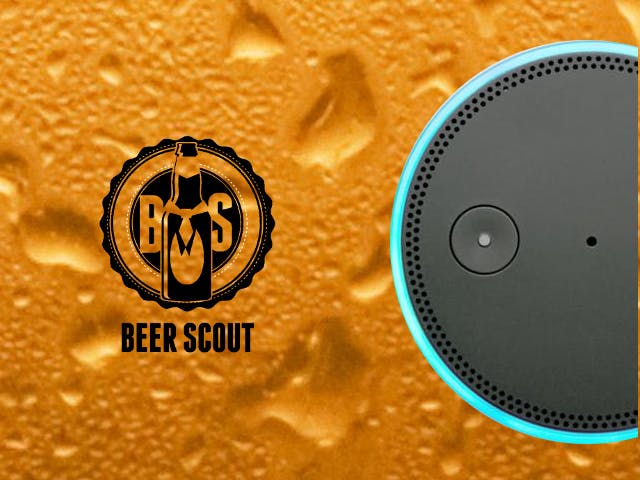 I love beer. I'm not going to lie. I do. I love developing, and anytime I get the opportunity to mix the two - I jump on it! I am building on the backs of those who have come before me to pull together their work into something new and awesome. Firstly, I used Matt Kruse's Alexa App to bootstrap myself into a working Alexa app pretty easily. Secondly, I used Greg Avola's awesome UnTappd APIs to create Beer Scout. (check out the documentation at: https://untappd.com/api/docs)

Users can use the app without registering - but if'n they want to register, they will be able to pull back information about the beer they've tried and rated, and their wish lists.. They can search for breweries as well.

I started this app after arriving at Re:Invent - so I put my free time into over about 2-3 days. I think it is pretty good for free time at a conference, but you be the judge (your job, I know - but have a beer whilst judging).

Try saying things like - "Alexa, Ask Beer Scout what the highest rate beer is" and she'll tell you what UnTappd users have rated as the top beer. You can also ask her "Alexa, Ask Beer Scout for the crappiest beer" and she'll tell you what the users have rated as the lowest beer. If you've created a wish list, ask her what beers on your list, or how many there are. You can also get the deets on me too. There is an issue with the OAUTH2 connection between unTappd and Amazon - but everyone is working hard to fix it. Try asking her about stats and she'll tell you how many beers you've tried, how many check-ins you've had, and more. She'll give you back Greg's awesome stats - but only until the OAUTH is fixed. In the meantime - you can learn about beers, breweries, and learn to make this skill.

If you want to run the project locally, simply download the source code from Git, then open a terminal and navigate to the folder with the package.json file in it. Once there, run npm install to install all the node modules. When you're ready to run the project, make sure to set the ENVIRONMENT variable to DEV and the PORT to 8080, and run against the server.js file. Once your server is up and running, go to localhost:8080/alexa/beerscout to see the awesome UI that Matt Kruse built. You can use the UI to test your skill locally. Pretty sweet!

I would have included videos of me using the skill but I couldn't get my swag dot set up - it kept cycling through set up. I'm sure it was user error - but that's why there isn't a video posted as well.

1 project • 2 followers
ContactContact
Thanks to Matt Kruse and Greg Avola.