How to connect GPS, SONAR, sensors, auto pilot units etc. in ships and boats via NMEA 0183 to Arduino.

How to connect GPS, SONAR, sensors, auto pilot units etc. in ships and boats via NMEA 0183 to Arduino. 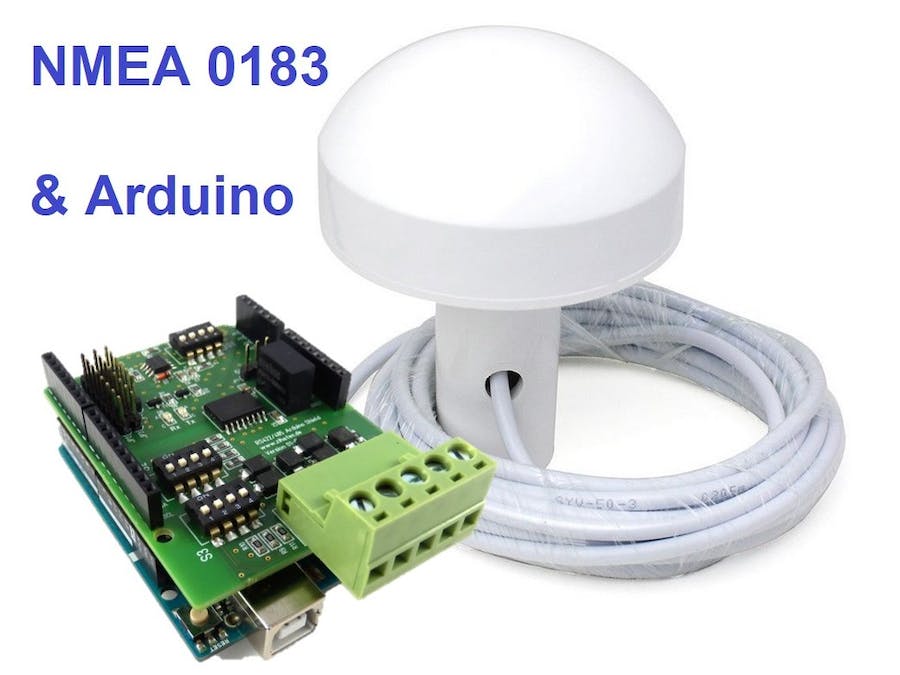 NMEA-0183 is an electrical standard to connect GPS, SONAR, sensors, auto pilot units etc. in ships and boats. In difference to the newer NMEA 2000 standard (based on CAN) the NMEA 0183 is based on EIA RS422 (some older and/or simple systems use RS-232, or a single wire).

I want to show you how to connect an Arduino UNO (or any other Arduino) to any NMEA-0183 device with differential output. Although the standard calls for isolated inputs and outputs its useful to use our RS422/RS485 Arduino Shield with isolated interface.

In the picture below you can see a typical device with differential output. The terminals are NMEA OUT+ and NMEA OUT- or TX+ or TX-. The NMEA IN+ and NMEA IN- wires are optional.

connection between NMEA device and Arduino with RS485 Shield

If you have a single transmit wire from your device (most likely labeled TX or NMEA OUT or something like that), then your device uses the RS-232 protocol. In this case you will need a simple RS232 converter.

You can find a lot of different NMEA-0183 software stacks for Arduino. A very good solution is the NMEA library by Justin R Cutler

It's necessary needed to change the pins for the software UART to pin 2 and 3!TakecarethatthebaudrateofthesoftwareuartisthesameasinyourNMEAdevice-typical4800Baud.

After compilation and uploading the program will decode incoming NMEA protocols. You can open the serial monitor to see the decoded protocols.

If you have no NMEA device at home, you can also use a Simulator on your PC and a simple USB to RS485 adaptor instead of a real device.